You Keep Me Hangin’ On 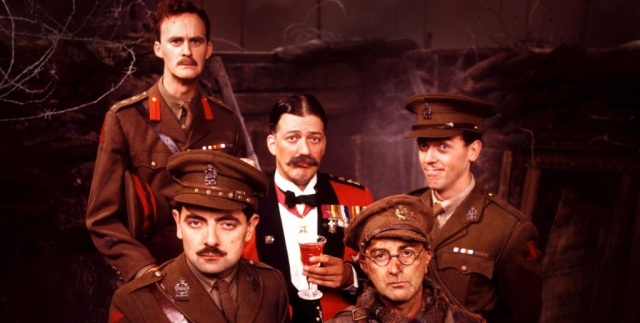 Further signs of the region bucking the global trend came with the news that Gulf cement companies saw a 24% Q1 increase in Revenue to US$ 1.25 billion whilst their profits rose by 21% to US$ 435 million. UAE-based companies had a welcome 8% rise in Revenue to US$ 260 million over the same period.

An interesting fact from the Dubai Statistics Centre revealed that on a daily basis more than 1 million people (day visitors, tourists, workers from other emirates etc) come to Dubai – boosting the actual population by 50% to over 3 million. This indicates the growing importance of the city’s standing as the regional business and tourism hub and augurs well for future growth.

The 12-nation OPEC, which pumps about 40% of the global oil, recently reported record export earnings for its members, with UAE as its second largest earner (after Saudi Arabia). The syndicate’s income in 2011 was in excess of US$ 1 trillion and 33% up on the preceding year with the UAE accounting for over 10% of that figure, well behind Saudi’s income of US$ 310 billion.

A good indicator of the turnaround in the local economy was that Eros Group, one of the leading distributors of electronic goods, forecasts a 30% + growth in Revenue this year to over US$ 800 million. Consequently, they are looking at expanding on their existing 30 stores and recruiting more staff in the UAE.

The population growth has also seen a boost in the healthcare sector which some estimate that increased spending in the UAE will top US$ 17 billion by 2015. It currently contributes about 3% to GDP. Little wonder then that Dubai-based Landmark Group is planning a US$ 30 million investment with plans to open 20 clinics around the country.

Property developer, Damac, resuscitated its old pre-GFC marketing ploy to try and drum up business. Then it would regularly throw in gifts – such as Porsche cars, apartments and even a tropical island – to entice potential buyers. Now it is back giving away jet-skis, Monterey cruisers or yachts (worth in excess of US$ 1 million) to all buyers, depending on the value of the property.

On the subject of property, the Real Estate Regulatory Authority (RERA) has announced that all Dubai-based companies will now be required to register their property lease agreement which will be completed on their Ejari online system. Of the 115,000 contracts already registered, 64% are residential whilst the remaining 36% are commercial.

You can never keep Emirates Air Line out of the news. Now it is the imminent opening of London’s newest attraction – their cable car system which will straddle the Thames between Greenwich and the Royal Docks. Emirates have invested nearly US$ 60 million in a ten-year sponsorship agreement and this can only enhance their growing presence in the UK.  Because of their flying 100 times a week into the country, some estimates indicate that it contributes over US$ 400 million to the British tourist industry.

This week, Emirates fully repaid a 7-year US$ 500 million sukuk and this shows that the airline is on a sound financial footing. As with other global carriers, the airline is feeling the pinch as a result of high oil prices and the volatile market that have seen prices hover between US$ 91 and US$ 128 over the past quarter. Obviously high oil prices have a negative impact on the industry with higher ticket prices and fewer customers (both passengers and cargo). Today’s Brent crude oil price of US$ 91 is the lowest in eighteen months and a reflection on the sorry state of the global economy. Whether this leads to cheaper air fares is problematic.

As expected, MSCI, the international index provider, once again decided not to upgrade Dubai Financial Market from frontier to emerging market status which would have introduced billions of dollars of new investment on the local bourse. Although satisfied that most of their requirements – including market accessibility, clearing and settlement issues – had been met there was still some concern about the trade settlement system.

Meanwhile, the DFM had another uneventful week of trading with the Index closing on Thursday at 1470 – slightly up on the Sunday opening of 1464. Having risen by some 24% in Q1, the Index has fallen back somewhat since then and is now registering an 8%+ YTD increase. The market will remain stagnant until there is some action from European leaders on solving their sovereign debt crisis.

Wherever you look there is nothing but negativity. Corporate and consumer confidence in India continues to fall as the rupee drops to a historic low of 56.55 to US$ 1. China sees its factory sector slump for the eighth straight month whilst its export orders are at the lowest in three years. The US Federal Reserve acknowledge a much weaker than expected economic outlook with increased unemployment and little growth. And then there is Europe!

Much has been written on the Euro crisis but not as succinct as the following excerpt.

The Euro according to Black Adder

Blackadder: “Baldrick. Do you mean, how did the Euro start?”

Blackadder: “Well, you see Baldrick, back in the 1980s there were many different countries all running their own finances and using different types of money. On one side you had the major economies of France, Belgium, Holland and Germany, and on the other, the weaker nations of Spain, Greece, Ireland, Italy and Portugal. They got together and decided that it would be much easier for everyone if they could all use the same money, have one Central Bank, and belong to one large club where everyone would be happy. This meant that there could never be a situation whereby financial meltdown would lead to social unrest, wars and crises”.

Baldrick: “But this is sort of a crisis, isn’t it Sir?”

Blackadder: “That’s right Baldrick. You see, there was only one slight flaw with the plan”.

Baldrick: “What was that then, Sir?”

Blackadder: “It was bollocks”.

Whilst the European leaders keep everybody hangin’ on, there is no doubt that the global economy can only move in one direction – and it is not up!