Leader of the Pack

Posted on September 1, 2012 by howesdubai 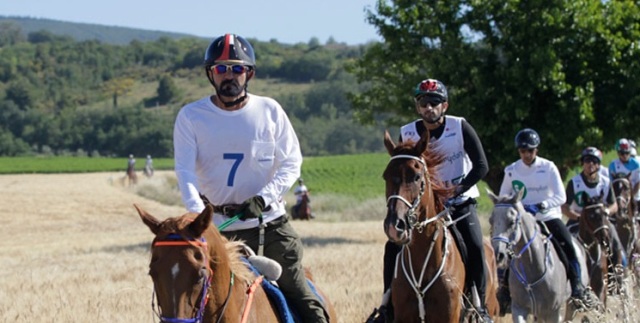 A great start to the week with the news that HH Sheikh Mohammed bin Rashid Al Maktoum had won the World Endurance Championship beating 150 riders from 38 countries over a distance of 160km; furthermore the UAE retained the team championship title. He added that the victory was a reflection of the country’s ability to remain ahead of the game and how right he is. One just has to look at what is happening in other parts of the world to witness the benefits of decisive and visionary leadership that is Dubai’s hallmark.

Likewise luxury car sales are booming in Dubai due to a combination of an influx of super-rich residents, many fleeing the troubles of the Arab Spring, and increasing consumer confidence. BMW Group Middle East has seen a 13% rise in H1 sales with over half of the total from the UAE.  Rolls-Royce saw its sales rise 22% in the first half of the year across the region. Bentley sold 346 cars in H1, up from 234 in the same period last year, whilst their Dubai-based agent, Habtoor Motors, expect sales to double this year making this the German car company’s second largest market after China.

This surging confidence in Dubai is almost palpable and is also mirrored in the growing maturity of the realty sector with the latest figures from the Government’s Real Estate Appraisal Centre. During H1 – and at specific owners’ requests – it had valued almost 1,100 properties totalling US$ 11.4 billion. Year on year these figures were 3% down in numbers with a 28% decrease in value. An average 10% increase in the value of Dubai land is further evidence of stabilisation in the local market.

It is not only land prices heading north but also building costs partly because of increased activity in Qatar, even thought the FIFA World Cup is still a decade away, and an infrastructure boom in neighbouring Saudi Arabia (where costs have rocketed 13% in a year).This surge in demand has added increased pressure on capacity impacting on the UAE where annual costs are up by 8%. Current estimated costs for apartment buildings range from US$ 1,450 to US$ 2,850 whilst premium offices come in at between US$ 1,750 and US$ 3,700 per sq mt.

In Dubai Marina, Elite Residence is set to open its 700 new apartments. Standing at 381 metres, the 91-storey monolith becomes the world’s third highest residential tower – Dubai now boasts the planet’s four such highest buildings. (This does not include the 828 metre tall Burj Khalifa which has offices and a hotel in addition to its apartments).

In addition, Meraas Holding has been commissioned to construct a 1 kilometre stretch of shops and restaurants on the already iconic – and congested – Jumeirah Beach Residence. The proposed interactive retail and leisure area will further enhance JBR and is hoped to be completed within 18 months. Will the consultants also incorporate features that will alleviate the current traffic problems?

As a matter of interest, a recent report by Expedia has ranked 650 of the most luxurious hotels in the world, three of which are to be found in JBR – Sofitel, Movenpick and Hilton.

In addition, Meydan, better known for its horse racing, has just launched Meydan Beach situated in JBR. As the only stand-alone beach facility in that location, it has two infinity pools, a chill out lounge, spa, gym and the renowned Milanese restaurant, Giannino. This will prove a favourite attraction for both residents as well as visitors to Meydan’s two inland hotels – Meydan City and Bab Al Shams Desert Resort and Spa.

Although final figures have yet to be published, it would appear that the hospitality sector did roaring business especially over the Eid period. Unsurprisingly, the majority of visitors were from the GCC with half of that figure from Saudi Arabia. No doubt troubles in destinations such as Egypt, Lebanon and Syria resulted in increased business for Dubai.

In line with the hospitality sector, all flights arriving to Dubai were almost at capacity. Although August growth was impressive throughout the region, Dubai was the major winner with a 12% increase (2,700 flights) and almost 800,000 additional seats (or 14%) compared to the same month in 2011. (In comparison, latest statistics show 21,400 fewer flights – or 950,000 seats – in the USA).

On the corporate front, good news for the local Dodsal Group which has just been awarded a US$ 450 million contract to build 300 km long pipelines for an Abu Dhabi processing plant.

This week saw a special Dubai court formally approve the US$ 2.2 billion restructuring of Drydocks World after agreement from nearly 98% of creditors. Most of the restructured loans were for funding of their 2007 expansion plans in the Far East.

A related company, DP World, announced a 12% H2 jump in profits to US$ 310 million (including profit on the sale of its Australian portfolio) following a 10% increase in Revenue to US$ 1.52 billion.  As one of the largest ports operators in the world, it will be adversely affected by the expected downturn in world trade. The company is one of only two companies listed on Nasdaq Dubai where its shares are currently trading at US$ 10.2.

The other local bourse, The Dubai Financial Market, has had a quiet week down 39 points to 1548. Despite this week’s fall, the market is 14.4% up on the year – another reflection of the growing confidence in the market.

(This Index is a capitalization weighted price index comprising stocks of listed companies, whose primary listings debuted on DFM on or after 01 January 2004 with the then base index value of 1000).

Two other local entities managed to divest some of their assets this week. The Varkey Group (along with GEC), with under 50% of shares in Dubai’s biggest private health care provider, were bought out by the majority investor, Mediclinic. The acquisition figure, paid by the South African hospital group for full control of Emirates Healthcare, was reportedly around US$ 220 million. Also the private equity arm of Dubai Holding, DIC, has sold its stake in a US$ 300 million MENA infrastructure fund to Fajr Capital.

The contagion effect of the eurozone crisis has been felt by Dubai Group as it sees its 2006 investment in Cyprus Popular Bank being diluted and ravaged by a falling share value from an October 2007 high of Euro 8.47 to Euro 0.04.

Another feature of Dubai is the constant and incessant use of the mobile phone so it comes as no surprise to learn that it has one of the highest mobile penetration ratios (155%) in the world. Consequently, last year, the UAE’s two telecom providers, Etisalat and Du, received over three quarters of their total income (or US$ 5.4 billion) from the country’s 12.7 million mobile phone subscribers.

The Dubai-owned oil company, Enoc, makes huge losses every year as the prices it can charge are capped by the government. Petrol continues to be subsidised to the tune of US$ 1.5 billion as current federal legislation dictates that petrol has to be sold at subsidised prices (currently at US$0.46 per litre). Unlike Abu Dhabi, which has a plentiful supply of crude, Dubai has to buy from the international market and at prices of over US$ 100 per barrel, it is hurting! Maybe if the price dropped by 50%, the company may break even. This week, the company announced a JV with Aldrees Petroleum to build 40 petrol stations in Saudi Arabia and this may help future cash flow.

With Saudi Arabia accounting for 50% of the US weapon sales to the GCC in 2011, what can be made of this tripling in value to an astounding US$ 66.3 billion? At least it can be seen to be helping the US economy which is teetering on the edge of a major recession.

Of more immediate concern is the continuing eurozone debacle with the 17-country pact heading for deeper recession. Greece is anxiously awaiting a favourable report from the troika (EC, ECB and IMF) in the forlorn hope it can continue accessing US$ 42 billion funds from the second phase of a US$ 183 billion bailout package. Its call for more time to implement tax hikes and introduce budget cuts seems to have fallen on deaf German and French ears.

In the wings, Spain is trying to avoid the inevitable but it remains firmly in the spotlight with mounting economic problems none moreso than its chronic unemployment rates. Its full unemployment rate at 24.3% and,for under 25s, at 51.5% are way above the EU averages of 10.3% and 22.4%. Only five years ago the number of unemployed stood at 8.5%!

Latest data indicates that the country’s economic output dipped again for the fourth straight quarter and the recession is worse than first thought. No wonder then that in July, their citizens withdrew record amounts of money from the banking system with deposits falling 5% in the month and that there was a 25% fall in residential mortgages.

One survey after another indicates that the world economy is deteriorating faster than first expected. Much of the cause can be put down to indecisive action by decision-makers who have turned procrastination into an art form. Two thousand years ago, Rome burnt whilst Nero fiddled – nothing much has changed!  A lot can be said of the benefits of having perceptive leadership, which is not afraid of making quick decisions. If only some of the world’s vacillating politicians and bureaucrats could learn from the actions of the  Dubai ruler – a true leader of the pack!

This entry was posted in Finance. Bookmark the permalink.