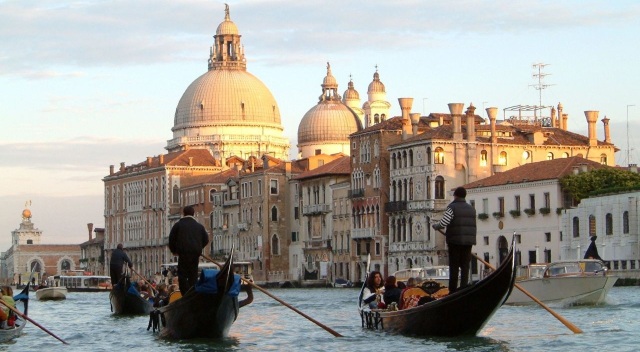 The big news of the week was HH Sheikh Mohammed bin Rashid Al Maktoum’s endorsement of the US$ 400 million plan to build a 2.8 km waterway that will connect Business Bay with the sea at Jumeirah 2. Within two years, the canal will cross the Sheikh Zayed Road, Safa Park and Al Wasl Road to the waters of the Arabian Gulf. On completion, the area will be transformed into a major tourist hub with floating hotels, recreational facilities and restaurants along the water line – with maybe the odd gondola!

The Dubai ruler has also recently announced that 13,000 undergraduates at UAE universities will receive their own iPads as a step to improving their performance. Interestingly, the Higher Colleges of Technology, the country’s largest tertiary education provider, has plans to become the first in the region to have iPad only lessons.

Whilst on that subject, a London-based company is producing a unique 24 carat rose gold iPad which will be auctioned in association with the Burj Al Arab. All proceeds will be for Breast Cancer Awareness and, as usual, during this month, the sails on the iconic hotel will be lit pink.

There are many other indicators – such as increased car sales, rising property prices, 14% growth in the hospitality sector etc – that point to the fact that Dubai is fast returning to the golden days of pre-2008 and the GFC.

In 2008, UAE vehicle sales reached 340,000 units – its highest ever figure. With YTD August sales already at 240,000, dealers expect sales to top 300,000 which would equate to the second best year on record. And this despite tight credit conditions, including a 20% deposit, compared to the 2008 environment when banks were tripping over themselves to give money to almost anyone, without too much checking on individuals’ financial soundness. With the world economy going backwards, this region is one of the few real growth areas for the car industry as September figures show Toyota wholesale global deliveries 49% down at 44k units and Honda dropping 41% to 33k vehicles. (On the local front, the Dubai Toyota dealer has had to recall some 65,000 units to check on a power window defect).

As residential property prices in certain locations show up to 15% hikes, with rents following suit, it comes as no surprise to see that Nakheel took deposits of over US$ 270 million (for 225 units) at the 01 October public launch on its first phase of 360 Jumeirah Park Legacy villas.

The performance of Tasweek Real Estate illustrates the strength of the upturn in the market. Established in 2009, the US$ 250 million fund targeted distressed assets in both Dubai and Abu Dhabi at a time when some property prices were decreasing by over 50%. The fund is expected to see a 20% return to its investors when it completes later this year.

A recent study estimates that Revenue from Dubai’s hospitality sector will reach almost US$ 5 billion this year with the same impressive 10% annual growth going out to 2016 when the Turnover will be US$ 7.5 billion. This figure is even more remarkable when the IMF has estimated that the overall UAE economy will grow between 2.8% and 3.6% over the same period.

Many of the tourists spend much of their time shopping in Dubai’s numerous malls with yet another one to be added by 2013. Meraas Holding, which is also developing The Beach at JBR, has begun construction on a new outlet village, with 160 stores selling designer brands at much reduced prices. This new venture comes five years after the opening of Dubai Outlet Mall which has seen a 20% sales increase so far in 2012.

Also tracking well is Dubai Duty Free with September YTD sales up 10% to US$ 1.14 billion and it has targeted a further US$ 500 million over the traditionally busy Q4. It now has a payroll in excess of 5,000 – a 25% increase in manpower this year.

In relation to e-commerce, UAE accounts for about 60% of the total spend in the Gulf States with Saudi Arabia a distant second at 15%. One well known site, Namshi, which sells clothes and shoes on-line has recently secured  US$ 20 million financing from JP Morgan Chase and Blakeney Management. This is a sure sign of business confidence for a company that is only a year old as well as for the overall regional market.

It is also seems likely that PayPal, the US-based transaction company, will soon open a UAE office – and not before time for the ever growing number of local e-commerce enterprises. The company currently has 100 million accounts and expects tremendous future growth in the undeveloped ME market.

One of the major exhibitions of the year starts this Monday with the opening of Gitex Technology Week which will see the town bursting at the seams as thousands of attendees arrive from around the region. Coincidentally, Dubai Customs have just released Q1 trade figures for Electronics and Accessories which has seen an 8% growth to US$ 13.9 billion with imports 4% up to US$ 7.6 billion and exports / re-exports at US$ 6.3 billion.  China was the biggest supplier at 45% of the total (US$ 3.5 billion). The 2011 annual trade figures reached US$ 52.3 billion which, in turn, showed a massive 24% increase on the preceding year.

A leading British secondary educational establishment will have to revise its internal controls and procedures after it was reported that an accountant had managed to steal more than US$ 4.7 million over an 18-month period. The 27 year old Indian has been absent from school since last December.

The most dangerous practice known to man or beast is set for a return to the local bourses. The Securities and Commodities Authority have introduced regulated marginal trading – a practice that allows investors to leverage their cash and trade much larger values. In the short-term, the exchanges will see increased business but the eventual losers will be the many investors who get caught up in over-trading and have the potential to lose more money than they had initially invested – especially when the markets move south.

The Dubai Financial Market Index had a relatively quiet week with a 9 point increase from its Sunday opening of 1627 points to closing on Thursday at 1636. With the Q3 reporting season approaching, increased activity will perk up the shareholders’ interest. However the Dubai Gold and Commodities Exchange saw its highest ever monthly volumes in September with over 970,000 contracts, or double that of the same month in 2011, and 143% up on YTD with 6.7 million transactions.

With Europe sliding back into deeper recession, the vacillating eurozone bureaucrats have introduced their much vaunted US$ 650 billion rescue fund. A certain case of too little too late compared to the US QE3, a new $40 billion a month, open-ended, bond purchasing program of mortgaged backed securities.  This package, with very low rates, is effectively a stimulus program which allows the Fed to take up US$ 40 billion monthly of commercial housing market debt risk until this crisis is resolved.

Greece is still awaiting the green light from the mid-October Brussels summit of the 27 EU leaders, many of whom are more concerned about their national political ambitions than they are for the survival of the common market. The Greek Prime Minister, Antonis Samaras is still hoping against hope that his country will receive their next US$ 40 billion part payment of the bailout package. One thing is certain – Germany’s Angel Merkel will not be going to Greece for her next holiday after her Tuesday Athens reception from a belligerent crowd of over 300,000.

The other problem nation, Spain, continues to believe that the country is in no need of a bailout with their Economy Minister, Luis de Guindos, reiterating that their austerity package is beginning to put the country back on track. Obviously many pundits believe otherwise including Standard & Poor who cut their credit rating two notches to BBB- which is only one level above junk status.

Meanwhile the ECB president, Mario Draghi, seems to think that the central bank can do little more to try and arrest the demise of the euro and has passed the responsibility on to the individual governments. The same plea came from the IMF head, Christine Lagarde, who called on US and European leaders to act quickly to solve their debt problems. All that means is that this economic mess will continue ad infinitum.

In the wake of the eurozone crisis, and slowing economic growth in other major economies, the IMF has yet again revised down its global growth forecast from its July estimate of 3.5% to 3.3%. For the UAE, their revised forecast rose to 4.0% – a good enough reason to enjoy Just One Cornetto, sailing a gondola on the Dubai Business Bay Canal.