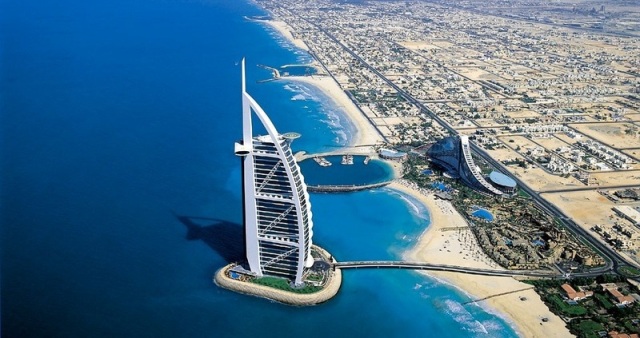 Now that property developer Limitless, a subsidiary of Dubai World, has restructured US$ 1.2 billion of debt, the company will soon come under the auspices of the Dubai government. In addition, it has fully cleared outstandings with 92% of its creditors, signed settlement agreements for the remaining balance and expects to settle all outstandings by 2016. Apart from its proposed development of 6.5 million sq mt in Downtown Jebel Ali, it is also carrying out projects in three overseas locations – a 1,400 hectare Al Wasl township in Riyadh, a 111 hectare mixed use area in Moscow and a resort in Vietnam.

A recent report shows that Dubai prime rents climbed 3.3% in H1 after no change in H2 2011. This figure was 1% more than the average of the sixteen countries surveyed and outperformed the likes of Singapore, London and Hong Kong – a sure sign that the global developing markets are pushing ahead of the struggling western economies.

One record that Dubai may not be too unhappy losing is that of the most expensive drink in the world. The Skyview Bar of the Burj Al Arab will lose this “honour” when its 27321 (the original cost in dirhams) drink priced at US$ 7,400 will be superseded by a London imbiber who drank a cocktail that set him back US$ 8,800!

The managers of the Burj, Jumeirah Group, announced a tie-up with China’s premier travel service provider, Ctrip, which will permit travellers from there to book directly any of the Jumeirah properties. Because of this one association, the chain expects to check in an additional 14% more Chinese guests next year at their twenty hotels around the world.

Jumeirah, along with every other hotel here, will be having yet another bumper week with the 32nd edition of Gitex Technology Week which opened on Sunday. As one of the top three ICT events in the world, it expects over 130,000 industry professionals to attend and visit many of the 3,500 suppliers on show.

Also filling the hotels – as well as the roads – will be delegates attending the 12th International Telecommunications Union conference – the first time it has been held in the region. This 5-day event brings together high profile participants – including heads of state, government ministers, industry leaders, advisors, regulators and academics – to shape the future direction of this fast-moving industry.

Then towards the end of the month, there will be a major influx of visitors with the long break for Eid Al Adha and the European school holidays. Most hotels are completely booked out and are expecting a windfall with some room rates more than twice the normal tariff. It is widely thought that Dubai will be swamped with over 1 million visitors over the festive period. It will also ensure that Emirates and flydubai will be kept busy with extra flights and full passenger loads.

The Dubai-based carrier became a casualty of Australia’s Competition and Consumer Commission and fined just over US$ 10 million for “engaging in cartel conduct”. It is the 10th airline to have its wrists slapped by the Commission which now has collected US$ 70 million from offending carriers to date with Singapore, Cathay, Thai and ANZ waiting to add to the balance, when their cases are heard later in the month.

Figures from IATA, covering the first eight months of the year, indicate how well the region is travelling. Whilst total global passenger growth has risen 6.6%, the ME airlines saw expansion of 16.9%. More revealing was cargo – a global decline of 2.6% whilst the region saw a spectacular 14.1% hike. IATA also reported that the aviation industry contributes US$ 40 billion to the UAE economy, equivalent to 14.7% of the GDP, and employs 14% of the total workforce.

Staggering statistics from Etisalat show that the corporation has spent US$ 4.0 billion on its fibre optic network which has included over 2.8 million km of cable being used. The impact of this massive infrastructure investment is immeasurable as most segments of the economy have benefitted by a faster communication network.

Following on the September news that it had been awarded a US$ 310 million healthcare contract in Saudi Arabia, Dubai based Habtoor Leighton has announced a second one for US$ 74 million. This new project, taking eighteen months to complete, will provide the best available cancer treatment technology.

Local company, Arabtec has just won a US$ 115 million contract to build over 400 villas for Emiratis located in Ban Yas Residential Development West. Having already built over 11,000 villas, the company has probably built more villas than any other in this sector.

These two construction companies – along with others in the industry – will expect to grab future business in neighbouring Qatar as it starts preparations for the 2022 FIFA World Cup. Expenditure is expected to be in the region of US$ 130 billion and will include US$ 35 billion for a rail / metro link, US$ 7 billion for a new port along with other infrastructure projects.

In the Jebel Ali Free Zone, JRD International invested US$ 82 million in its new RMD Board plant and have started production. Having created 700 new jobs, the company hopes to reach 110k metric tonnes processing capacity of polypropylene which would then make it the largest single site manufacturing plant of its type in the world.

Another indigenous business is set to open five stores in Iraq following a franchise agreement with Al Handal International. Paris Gallery, the leading luxury retailer in the ME, expects that the first one will be up and running in Baghdad next year. Since 1994, it has now over forty shops not only in the UAE but also Saudi Arabia, Qatar and Bahrain.

Still another retail centre is being planned for Dubai – this time Tejuri will be the first e-shopping mall in the region and a major boost for the fledging e-commerce sector. It will be based on the success of the decade-old Tejari (Arabic for ‘trade’), the B2B online service for companies wishing to acquire commodities. Backed by the Department of Economic Development, it will empower retailers, SMBs and consumers.

A quarterly survey has again concluded that shopping is cheaper here than in many other countries with a basket of branded goods being 40% cheaper than in a UK supermarket and half the price than in Australia. Unfortunately, Dubai is not immune from the global hike in food prices, arising mainly because of disastrous harvests in many locations (refer “Go Your Own Way” – 29 July 2012).

According to the UAE Central Bank, MO money supply (currency in circulation plus currency at banks) rose 1.1% to US$ 15.2 billion at the end of August. There was a marginal decline in total bank loans and advances to US$ 297 billion whilst total bank assets rose 0.5% to US$ 472.4 billion.

It was another quiet week on the Dubai Financial Market ahead of the Q3 reporting season. The Index closed Thursday at    1654 after a Sunday opening of 1636. As the global economic malaise continues, the situations in Iran and Syria become more volatile and relatively high oil prices continue, local investors are exercising caution in their business affairs.

If only Dubai’s roads were as quiet! Despite much congestion at peak periods, there have been over 112k speeding fines issued in September alone (compared to 67k in August) with SZR accounting for nearly 40% of the total. It is worrying – but not surprising – to see that 30% were committed by taxis and public transport vehicles!

On the international front, nothing much has changed. As Greece enters its fifth year of recession, and the country forecast to contract by another 3.8% next year, it is being asked to tighten its belt even further so it can meet the terms set by the troika and collect the next tranche (US$ 41.0 billion) of its bailout funds (US$ 450 billion). There is very little positive news from the cradle of civilisation when its public debt is expected to rise from 171% of GDP to 182% next year and private creditors – having already taken a US$ 130 billion haircut – along with individual European countries reluctant to offer any further assistance.The local populace is venting its anger by an increasing number of protest marches against the severe austerity package that has been set by the troika.

Despite the recent downgrading of its credit rating and its economy falling into an abyss, PM Mariano Rajoy is still with his head in the sand and refusing to believe the inevitable – Spain will have to apply for a bailout if only to reduce the country’s escalating borrowing costs. After Spain, the dominos start falling with Italy next on the precipice.

Way down the pecking order is the UK but the portents there are gloomy with revised forecasts that the economy will actually contract (again) by 0.4% this year and grow at a slower rate (1.1%) than first expected in 2013. The recession has brought reduced tax receipts for the troubled Chancellor, George Osborne, and he has not been helped by the eurozone crisis and the problems in markets such as the US, China and India. To cap off his woes, it is likely that he will miss his 2012 borrowing target with the deficit decreasing at a slower rate – this may result in extra austerity measures having to be introduced.

Even the German economy is slowing down with the latest 2013 forecast seeing growth drop to 1% from 1.6%. In 2010 and 2011, German GDP had grown by 4.2% and 3.0% respectively but now is taking the full force from the eurozone debacle and weakening economies particularly in Asia and Latin America.

Hopes continue to be dashed that the Asian economies may start showing signs of traction. The expected growth in China and India has failed to materialise whilst the IMF has lowered its forecasts (again) for many of the other emerging nations from their July estimate of 7.1% to 6.7%. European contagion is beginning to hurt these economies. Japan, the world’s third largest economy, is still feeling the effects of last year’s tsunami / earthquake and will have to borrow more money to avoid liquidity problems.

With the US election almost upon us, bad news for the incumbent with a budget deficit topping US$ 1,000,000,000,000 (one trillion) for the fourth straight year of his presidency. What is more frightening is the fact that the national debt is on the north side of US$ 16 trillion and that this year the US government has borrowed 31 cents of every US$ 1 it spent. No wonder that some commentators are forecasting that when tax increases and massive spending cuts take effect early next year, this will be the tipping point to push the already wobbly economy over the now infamous “financial cliff”.

And then you see the figures for the UAE which expects a 5% expansion in this year’s notional GDP to US$ 375.9 billion and an 18.5% jump in current prices over 2010. This increase has been helped by the country pumping an annual one billion barrels of crude oil at a price edging above US$ 100. Furthermore, the economy posted a US$ 10 billion budget surplus last year, equivalent to 2.9% of the GDP, based on Revenue of US$ 103.5 billion and Expenditure of US$ 93.5 billion. Next year the plan is for the surplus to equal 6.4% of the GDP.