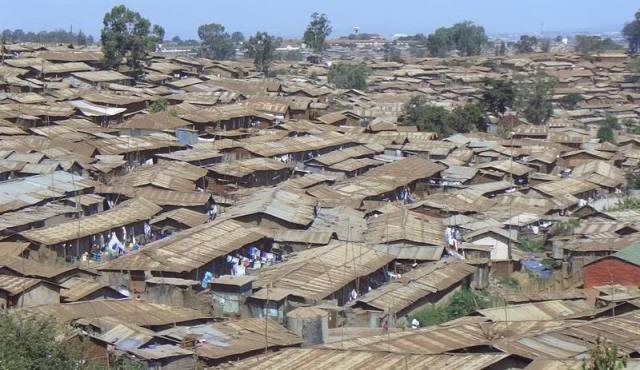 Nobody seems to know how many new housing units will come on line this year, with estimates of between 12k and 48k but some figure like 25k a plausible outcome. This would see a 7% increase in supply, mainly to be found in the “newer” areas of Dubailand, Sports City and Business Bay.

At the same time, some apartment prices are showing 27% annual increases, half of which have occurred in the latest quarter. Villa price hikes were not far behind, coming in at 24%, with The Meadows recording a massive 10% surge over the past three months. With such rampant business, it is no surprise that the property bubble spectre is once again a potential problem as Dubai becomes more expensive for an increasing number of its inhabitants. (It must be remembered that Dubai property prices are still 20% down on their 2008 peak).

There seems to be no holding back Emaar’s drive to make the most of the current bullish trading environment as they announce yet another development in Down Town. The Address Residence Fountains View is targeting the top end of the market as the company releases a limited number of luxury residences – ranging in size from 2k to 17k sq ft.

Dubai-based builder, Arabtec, will buy the remaining 45% shares it does not own in Emirates Falcon Electromechanical for US$ 45 million. This should help the company as it expands its operations into more low cost housing projects in Abu Dhabi and Dubai. Last month, Arabtec bought the remaining 40% shares in Target Engineering which will help in its ambitions to expand into oil and gas construction.

The latest report on the new Dubai Zoo, to be known as Dubai Safari, is that work on the US$ 40.9 million project is on time and will be ready by the end of next year. Covering 120 hectares, it will have four different sections – Arabian, African, Asian and Open Safari – and will also have a golf course, botanical garden and resort.

Not a good week for Godolphin and trainer, Mahmood Al Zarooni, who has been banned for eight years from the industry following his admission that he had used banned steroids to dope racehorses in the UK. HH Sheikh Mohammed bin Rashid al Maktoum is not best pleased and has publicly stated that there can be no excuse for any deliberate violation to the rules of horse racing. Reiterating that he was appalled and angered by this discrepancy, he has ordered that the stable at Moulton Paddocks in Newmarket be closed with immediate effect.  The only good thing to come out of this incident is that Godolphin will return stronger than ever once its reputation and sportsmanship recover.

In order to finance the building of ten new schools and to upgrade existing establishments, GEMS Education has just arranged a US$ 545 million finance deal with local banks including Mashreq, Dubai Islamic, Noor Islamic and Abu Dhabi Islamic. In addition to the schools, the Varkey-owned company is establishing a Leadership Academy and Teacher Training Centre in Dubai.

Despite the cost of education and food rising by 6% and 2.15% in the year ending 31 March 2013, latest figures from the National Bureau of Statistics indicate that UAE’s consumer price index reached 117.38, equivalent to an inflation rise of only 1%. Rather surprisingly, there was an actual drop of 0.11% in the cost of housing but the signs are that this sector will show a larger rise this year and will push the 2013 inflation rate to probably nearer a more realistic 3%.

As the retail space at Dubai International Airport expands with the opening of Concourse A in Terminal 3, it comes as no surprise to see that Dubai Duty Free sales have jumped by nearly 12% to US$ 436 million in Q1. The new facility has added a further 8,000 sq mt for shoppers with the DDF shopping area now covering 26,000 sq mt.

It will not be long before the duty free retailer becomes active at Dubai World Central – the emirate’s new airport, which will eventually have five runways and annual capacity for 160 million passengers and 12 million tonnes of cargo. The world’s largest airport will start passenger traffic in Q4 with Saudi-based carrier, Nasair, and European budget carrier, Whiz Air, being its first two operators.

Although the airline is flying high – with promising annual results due shortly –  the Emirates Airline cable car system in London is seeking new sponsors to defray US$ 27.8 million of costs for the 1.1 km Thames river crossing. Since its June 2012 opening, the US$ 96.8 million project has carried more than 2 million visitors, with the Dubai airline providing  an estimated US$ 55.6 million for a ten-year branding deal.

The continuing growth of Emirates is reflected in the news that it will build five 25-storey residential towers in Dubai Silicon Oasis to house 2,000 of its cabin crew. Whether this will be sufficient remains to be seen as the airline is planning to recruit a further 2,700 cabin crew this year alone.

Apparently, the City of London is keen to promote and develop trade links with Dubai and particularly between Tecom (which runs ten business parks including Dubai Internet City, Dubai Outsource Zone and Dubai Media City) and UK’s Tech City based in East London.

There are reports that the Minister of Energy, HE Suehail Mohammed Al Mazrouei, is considering an increase in UAE oil production to 3.5 million bpd. Evidently, this will meet future increased consumer demand and help stabilise global markets during times of crises.

Interesting changes have been announced by the National Bonds Corporation which has also slashed minimum subscription levels from US$ 817 to US$ 27.2. Innovations include a US$ 13.6 bond winner every minute and 600 other daily prizes which will be split three ways – 200 for female bondholders, 200 for minor bondholders and 200 for regular savers. Major prizes include a monthly draw for US$ 272k, two BMWs and two gold bars – one for an Emirati lady and the other for an expat female.

Although there is some concern about a potential property bubble, maybe the same can be said of the local bourse. This week it has surged 6.6% to close on 2076 – its highest level in nearly four years. In the first four months of 2013 it has seen mega growth of 33.64% (and 32.19% over the past year). If Q1 earnings are above analysts’ expectations, there is no reason for the market not to test the 2150 mark this coming week but then fall back to below the 2000 mark before the summer heat hits home.

So far Emirates NBD, Commercial Bank of Dubai and Ducab have reported marked performance improvements in Q1. Dubai’s largest bank, 55.6% owned by Investment Corporation of Dubai, saw its quarterly net profit up 30.6% to US$ 228.1 million on the back of a 19.3% reduction in bad loan provisions to US$ 242.0 million. Its loans and advances stood at US$ 60.1 billion whilst deposits increased by 4% to US$ 60.8 billion. This week, the bank repaid US$ 817.4 million to the Central Bank as part of the US$ 3.43 billion it received in the wake of the GFC.

CBD had a quarterly profit of US$ 98.4 million – a 9.1% increase on its 2012 result. Loans and advances stood at US$ 7.63 billion whilst deposits were almost at the same level. It is no surprise to see one of the emirate’s conservative banks having relatively high liquidity and a capital adequacy ratio of 22.6%.

Ducab, jointly owned by the government’s Investment Corporation of Dubai and Abu Dhabi’s Senaat, reported a 10% increase in 2012 profits with a slight drop in Revenue to US$ 1.14 billion mainly due to a dip in copper prices. Cable exports rose by 42% which helped to offset weaker demand in the home market.

Meanwhile DP World has seen a weakening in trade with a 7.8% Q1 drop in container volumes compared to a year earlier. The world’s third biggest port operator saw a reduction from 13.8 million TEUs (20′ equivalent container unit) in Q1 2012 to 12.8 million TEUs.

The World Bank has just reported that the 2012 global remittance flow surged by 11% to reach US$ 512 billion. With 3% of the global population living outside their home country, this figure has more than quadrupled over the past decade. The top four recipient countries were India (US$ 69 billion), China (US$ 60 billion), The Philippines (US$ 24 billion) and Mexico (US$ 23 billion).

Chancellor, George Osborne, breathed a sigh of relief as the UK just missed going into a triple dip recession that would have meant the country would having its third recession in four years. However, he is not out of the woods yet as there has only been a small dip in annual net borrowing to US$ 184.4 billion whilst total public net debt remains stubbornly high at US$ 1.81 trillion or 75.4% of GDP.

The Eurozone is still the main driver that is holding back any prospect of a global recovery and it is the bigger economies in the 17-country bloc that are beginning to cause concern. Business confidence in Germany is deteriorating by the month whilst Italian politics is in turmoil despite the recent election of Enrico Letta as prime minister. Unemployment levels in France have jumped 11.5% over the past year with over 3.2 million now unemployed. Spain’s unemployment has ballooned to 27.7% and the government has now amended its 2013 growth forecast from minus 0.5% to minus 1.3%. (Despite this it is confident of cutting US$ 195 billion by 2014).

The major problem facing the world today is probably that of conflict of interest – mainly involving governments, big business and financial institutions. A good example is that of the Big 4 accounting firms – Deloittes, PwC, Ernst & Young and KPMG – and their association with governments.  In the UK, for example, they seem to have more than a cosy relationship with the government where they help the authorities with new tax law and then exploit loopholes in the legislation which, in turn, brings them a reported US$ 3 billion in fees for advice on tax matters they help set up.

One major incident this week encapsulates this problem further – and that is the collapse of a garment factory in Bangladesh which killed upwards of 200 people in what is the most corrupt and one of the poorest countries on the planet. It must be time for everyone to realise that using slave labour in such countries is immoral and ethically wrong and steps should be taken to erase this once and for all.

It appears that the World Bank, with the assistance of the IMF, plans to eradicate poverty – defined as living on less than US$ 1.25 a day – within a generation. Currently 21% of the world population lives in extreme poverty – a major improvement from the 42% mark twenty-five years ago. In most countries, corruption levels are rising and the poor are becoming poorer. The bank’s President, Jim Yong Kim, should visit any of the 200,000 shanty towns around the world. If he were to go NEZA Chacco Itza in Mexico, Orangi Town in Karachi, Dharavi in Mumbai, Khayelitsha in Cape Town or even Kibera in Nairobi, he might then realise he is living In Dreams.