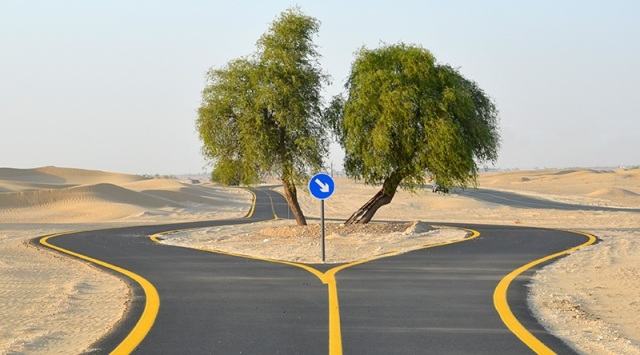 Nakheel has issued a tender for piling works – a precursor for work to finally start on its US$ 680 million mall development at the end of Palm Jumeirah. The project, including a 200-room five star hotel, serviced apartments and 250 retail outlets, will cover nearly 420k sq mt.

Arabtec, Dubai’s largest contractor, saw its Q2 revenue up 23.1% to US$ 436 million and a profit swing from a Q2 2012 loss of US$ 3.2 million to a current quarterly surplus of US$ 25.2 million. This comes on the back of improving business confidence in the region and their winning of several lucrative contracts so far this year.

Better late than never – the IMG-owned Worlds of Adventure, first mooted in 2005 to be part of their City of Arabia project, is to open its first of four theme parks early in 2014. The construction columns, to hold the massive frame, are already in place and, within four years, the 1.5 million sq ft park will be able to cope with upwards of 20k daily guests. In addition, the US$ 5 billion City of Arabia will also have 40k residents in a self-contained environment with its own educational, recreational and health facilities.

The race is on between Dubai Multi Commodities Centre and Jebel Ali Free Zone. DMCC, established in 2002, has a government mandate to facilitate trade flows through Dubai and has now nearly 7,000 companies in its portfolio and is the master developer and licensing authority for JLT. Evidently, 95% of the 1,200 companies registered there this year were new to the emirate. JAFZA, thirty-four years old, has seen over 350 new companies, so far in 2012, bringing its total to just over 7,000. It is responsible for more than 25% of Dubai’s total non-hydrocarbon trade, with an estimated value of around US$ 82.0 billion.

Latest figures from the Ministry of Economy (albeit 2011 data) indicate that the number of UAE manufacturing companies rose 4.9% to 5,200, 40% of which were located in Dubai. However it only attracted 22% of investment in direct contrast to Abu Dhabi with 7% of the total companies but 59% of the investment. Overall, the industrial sector contributes 14% to the country’s GDP.

Empower, the local district cooling provider, has settled half of its 2013 repayment and 70% of its US$ 327 million loan taken out to finance new cooling plants in DIFC, Al Quoz, Mirdiff and Business Bay.

The RTA announced that its Dubai taxi fleet carried out over 50 million journeys in H1 – up 3% on last year. Over the same period, the green and red lines of the Metro have transported nearly 67 million passengers and are well on track to surpass their 2012 total of 109.1 million. For the more energetic, the RTA has recently opened 104 km of its planned 850 km of cycle tracks.

A potentially interesting development comes with Emirates Classification (Tasneef) signing a partnership arrangement with Dubai Drydocks World. The concept is to introduce a regulatory authority for merchant vessels, responsible for shipping surveys and insurance-related certificates. Already an international hub for vessels, there would appear to be an expedient market for such a service to join the ranks of the top five global classification establishments – Nippon Kaiji Kyokai, Lloyd’s, Bureau Veritas, Det Norske Veritas and the American Bureau of Shipping.

With the slowdown in the global economy continuing, it is no surprise to see that June cargo figures, at the world’s top fifty airports, declined by 1.1% compared to a year earlier. Equally unsurprising is that Dubai International again bucked the trend by increasing business by 3.6% to 202k tonnes making it the fifth largest airport cargo handler in the world. Currently only Memphis (342k tonnes), Hong Kong (337k tonnes), Shanghai (233k tonnes) and Anchorage are ahead of the local airport. (According to the UAE General Civil Aviation Authority, Dubai had over 29k aircraft movements in July).

Official data continues to show that the country’s inflation rate rose 1.3% for the year ending 31 July with Dubai reporting a higher figure of 1.6%. It is estimated that housing accounts for 44% of total consumer spend and recent reports indicate that Dubai rents have jumped 7.5% in Q2 and 30% over the year. Such hikes will undoubtedly push up future inflation rates.

July was another record month for the Dubai Gold and Commodities Exchange with total trading activity topping US$ 44.6 billion. – a 55% surge in volume compared to one year ago. Once again, currency contracts dominated with the Indian rupee trade accounting for 86.4% of the total of 1.45 million trades.

The country’s two bourses, Dubai and Abu Dhabi, have seventy four registered companies with a recorded combined H1 profit of US$ 6.9 billion – 15.1% up on last year. The recovery was spearheaded by the banking sector accounting for 57.1% of this figure (US$ 3.9 billion) and real estate with its combined profits up by 26% to US$ 814 million.

As DEWA announces a 3.3% YTD increase in electricity usage to 6.857 MW and a 3.7% jump in daily water usage to 295.5 million imperial gallons, the six main UK power companies have amassed profits of over US$ 4.65 billion. Local users have had prices remain relatively flat over the past two years at a time when their British counterparts have seen their bills up by over US$ 460.

Latest estimates from OPEC indicate that there will be a 1.2% increase in 2014 oil consumption to 90.8 million barrels per day as the global economy starts picking itself up from the floor. The twelve-member cartel pumps about a third of that total or just under 30 million bpd. July prices were up 3.4% to US$ 104.45 per barrel.

After posting a 4.1% annual growth in Q1, Japan’s economy has seen a marked slowdown in Q2 with growth of 0.6% indicating a reduced annual growth rate of 2.6%. Despite Prime Minister, Shinzo Abe, introducing Abenomics to try and get the economy moving, it seems that his raising government spending and boosting money supply have met with minimal success and are the main drivers in the recent decline of the yen.

While Europe slowly emerges from its economic abyss, it seems less and less expatriates are choosing the likes of Spain, Portugal and France as preferred destinations. With Australia and Canada occupying the top two slots, Dubai has moved to third according to a listing drawn up by NatWest International Personal Banking Quality of Life Report. Obviously  quality of life, job prospects and a better standard of living are the main reasons for this “transfer of power”.

Having already drawn down 90% of its bailout funds of US$ 320 billion, it is widely expected that Greece will be asking for even more by the start of next year. However with German elections coming up next month, it seems likely that no formal announcements will be made until after Chancellor Angela Merkel has a secured at third term in office. Greece has not helped itself with recent government reports indicating that half of the companies surveyed were cheating the taxman and 70% of staff with the National Tourism Organisation did not work their full minimum hours. Furthermore its GDP fell 4.6% in Q2, compared to 2012, following a 5.6% plunge in the previous quarter.

The French Finance Minister, Pierre Moscovici, is confident that the country’s US$ 2.67 trillion economy has turned the corner after recording two 0.2% contractions in Q4 2012 and Q1 2013. In June, the EU gave France two years to reduce its budget deficit of 3.7% to 2%. However unless Francois Hollande is willing to boost the economy, by reducing labour costs and minimising tax increases, the country is set to remain in a moribund state.

Despite the gloomy prognosis of certain individual EU member states, official data indicates a eurozone Q2 growth of 0.3% – welcome news after eighteen months of negative data. The German economy grew 0.7% in Q2 whilst the French reported growth of 0.5% after dipping into recession earlier. However the recovery is patchy and undoubtedly the PIGS will continue to struggle as they try to ease unemployment queues, political infighting, social unrest and austerity measures. The case for a two-tier euro system is there for all to see.

A dirty pipe has cost the New Zealand economy at least tens of millions of dollars. Fonterra, the country’s largest company and the world’s biggest dairy exporter, discovered botulism-causing bacteria in some of its whey products which resulted in China and other countries halting imports. This is a huge blow for the company, which has revenues of US$ 15.9 billion, the industry which accounts for 28% of the country’s exports and New Zealand with a tarnished reputation for many of its exports.

What has the financial world come to when charges are dropped against the London Whale, Bruno Iksil? Manhattan prosecutors have decided to take no further action against the man who reportedly was involved in racking up losses of US$ 6.2 billion for his employer, JP Morgan.

Following recent reports of HSBC culling some of its local retail customers, it now seems that Barclays is considering selling its UAE retail business. The UK’s third largest bank will most likely retain its corporate and investment banking arms. In H1, Barclays’ global profits were 17% down to US$ 5.6 billion and it has been reported that, over the past three years, the bank has paid out US$ 10.9 billion in bonuses, US$ 9.4 billion in fines and only US$ 3.1 billion in dividends.

In 2012, 2.4 million UK customers closed accounts with the Big Five banks – it seems that, in Dubai, certain financial institutions are getting in on the act before their clients jump ship. The simple message is that if you are not happy with your bank – Walk Away!