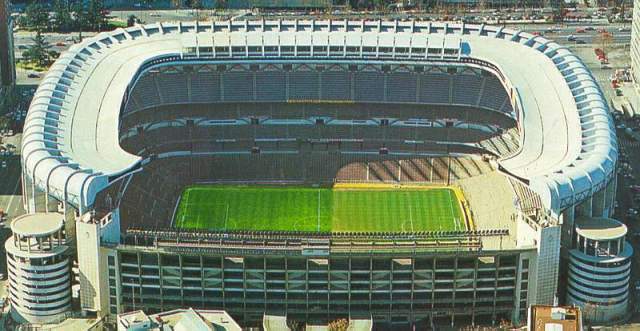 A raft of property projects was announced at last week’s Cityscape including Crystal Lagoons building the world’s largest man-made lagoon (40 ha), in the new Mohammed bin Rashid City, featuring beaches and waters similar to the Caribbean (at more than three times the size of its Sharm El Sheikh facility).The company has a portfolio of 250 projects in fifty countries.

Khalaf Ahmad Al Habtoor has announced the world’s biggest residential and hospitality development, Al Habtoor City, with more than 3,000 hotel and residential units. Located on the site of the old Metropolitan Hotel, on Sheikh Zayed Road, there will be three luxury hotels in the 10 million sq ft development, as well as two 4-level penthouses, with a price tag of US$ 250 million each!

Latest RERA figures indicate that there were 5,175 residential property transactions in Q3, totalling US$ 3.04 billion. Over the same period, average rental increases for all types of property came in at 3.5% – the same level as the previous quarter. Apartment rentals have increased at a quicker rate than villas, with a Q3 rise of 4.5% (and 28% year on year).

Also slowing down in Q3 were office rentals but that sector still remains buoyant, despite an oversupply of stock. The two big gainers were JLT – up 14% quarter on quarter and 75% year on year – and Business Bay –  nudging up 10% and 28% over the same time period.

Will Real Madrid alter its iconic Santiago Bernabeu stadium name to include that of Emirates? The airline is the club’s main sponsor and club president, Florentino Perez, has hinted of a change.

Dubai-owned QE2 Holdings has appointed the Chinese COSCO Group to refurbish its 294 mt long cruise liner into a luxury floating hotel. Within two years, 400 suites (60 to 150 sq mt) will replace the 990 rooms and the shopping mall, ten lounges, seven restaurants and ballroom will be revamped. Is it incongruous then, that it will be based in Hong Kong, rather than Dubai?

With a US$ 100 million expansion strategy, Malabar Gold and Diamonds plans to open 100 mini jewellery stores, over the next three years, in the UAE. The ‘Pink Chic’ brand will be located in shopping malls and hotels and will sell jewellery in the US$ 100 – US$ 1,000 range. The company has seventy outlets in India and thirty in the Gulf.

The 33% sales increase of Renault vehicles so far this year and BMW Q3 turnover jumping 18% are sure indicators of the current boom in the local economy. Likewise the 69% YTD surge in the volumes registered on the Dubai Gold and Commodities Exchange (DGCX). At the end of Q3, there had been 11.4 million contracts with currency futures up 77%.

French wine producer is trying to sell a Balthazar (a 12 litre bottle) of its 2009 vintage Chateau Margaux for US$ 195k. If successful, this would be the highest price ever paid for a red wine. The 400-year old vineyard has produced only six of these bottles, three of which are on sale at Dubai International Airport.

The Dubai Financial Market has been closed all week for the Eid al Adha break and will reopen for business on Sunday when the index will be at 2823 points. The market will see increased activity in the coming weeks, especially with the Q3 reporting season under way and some exciting results expected, especially from the local banks.

With the banks expecting to announce spectacular performances, it is just a pity that so often their service goes in the other direction.

The biggest bank in the US, JP Morgan, has not had a good Q3, reporting a loss for the three months of US$ 400 million, compared to a US$ 5.7 billion profit a year earlier, because of a further US$ 9.2 billion legal provision before tax. Since 2010, the financial institution has already put aside a massive US$ 23 billion to meet penalties and claims and has admitted that it may have to find a further US$ 6.8 billion! The two major problem areas are its sub-prime mortgage losses, that could end up costing US$ 11.0 billion (US$ 7 billion in penalties and US$ 4 billion in claims), and the London Whale Trading incident, that could top US$ 7.1 billion (US$ 6.2 billion in trading losses and US$ 920 million in penalties).

With figures like that being bandied about, there is no doubt that few lessons have been learnt from the GFC. Many of today’s banks continue to be too big to manage and too big to fail and this can only be a sure recipe for a future banking catastrophe.

It seems that the US is fast catching up with Saudi Arabia and Russia as the world’s largest crude oil producer. Thanks mainly to increased production from shale, the country is now the global oil supply leader (at 12.1 million bpd) when the likes of natural gas liquids and biofuels are added to its crude oil output of 3 million bpd. It is interesting to note that the US is the largest user of oil at a staggering 19.18 million bpd – far greater than China (9.06 million), Japan (4.45 million) and India (3.20 million).

The US economy will be helped by possible US$ 4 billion UAE government defence contracts including the purchase of Raytheon Joint Standoff Weapons and the Boeing Expanded-Response Standoff Land Attack Missiles. In addition, there will be requirements for training, software, related equipment, transportation and storage facilities. Next month is the Dubai Air Show, with probable Boeing orders from Emirates, for at least fifty 777-9x aircraft, and flydubai for fifty  737s – a welcome boost for the slowing US economy.

After sixteen days, the US farce came to its expected end as lawmakers produced a last-minute deal to stop the country defaulting on its debt. The compromise saw the Senate lift the US$ 16.7 trillion borrowing limit and re-open the government for business. There is every chance for this absurdity to reappear as the deal does not resolve the basic issues of spending and deficits and only funds the government until 15 January and raises the debt ceiling to 07 February 2014.

Unsurprisingly, the global markets responded well to the news as did the greenback which rose against most currencies. Whilst oil prices moved north to nearly US$ 111, the big loser was gold which continued its downward trend to dip to US$ 1,380 during the week, later rallying to close on Thursday at US$ 1,420. It is inevitable that this precious metal will see its first annual fall since 2001 and will continue to be a problematic investment, whilst the equity markets flirt with all-time highs. The message to those currently holding gold – Hold On.