Baby – What A Big Surprise 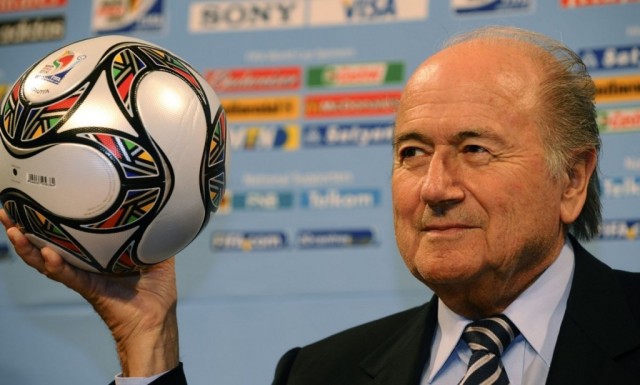 The 80-day on-going maintenance work at Dubai International has cut the facility’s capacity by 20% and, as a result, London Heathrow will maintain its number one position as the world’s busiest airport in 2014. But by this time next year, Dubai will take over that slot according to the Centre for Asia Pacific Aviation. In Q1, Dubai traffic, at 18.4 million passengers, was 14.75% greater than its European rival and its growth of 11.4% was also so much better than the 0.5% of LHR.

Emirates surprised the market, as well as Airbus, by cancelling their 2007 order for 70 A350 planes – a deal that seven years ago would have increased the plane maker’s revenue by US$ 16 billion and would be worth US$ 22 billion at today’s prices. The new model is scheduled to start commercial flights next year although Emirates was not going to bring them into service until 2019. Whatever the story, this is a major financial blow to two European companies – Airbus and Rolls Royce.

With new destinations – New Delhi, Kochi and Thiruvananthapuram – flydubai has doubled its presence in India which will prove a further boost for bilateral trade and tourism.

It is reported that the country’s economy grew by 5.2% last year, compared to 4.4% in 2012. It is expected that this year’s growth will be not much changed so long as the average oil price remains in the region of US$ 105 – US$ 110 per barrel and output at 2.8 million bpd. The economy grew at its fastest rate since 2007 as consumer confidence rockets, with leading economic drivers such as property, transport and trade growing 8.7%, 7.3% and 2.4% respectively. The IMF has estimated that the debt owed by the Dubai government and its related entities amounts to US$ 142 billion or 141% of its GDP.

As Dubai 2004 realty transactions reach in excess of US$ 27.5 billion, the Central Bank has expressed concern that the property market could be overheating, as rental yields drop below historic averages. House prices for the year ending 31 March 2014 registered a 27.7% surge according to a Knight Frank report, with rents increasing at a slightly higher rate. Although bank lending has increased by US$ 3.5 billion, or 12% over the year, their exposure – at US$ 78.2 billion – is considered manageable, representing less than 23% of total loans, whilst cash buyers still account for 70% of purchases. The main difference between the exaggerated growth prior to the GFC and now is that the former was driven by speculation, and a debt-inflated asset bubble, whilst today the main drivers are spectacular economic growth and a booming population.

The dairy industry is another economic success story with figures suggesting an annual growth rate of over 8%. The Dubai-based Al Rawabi is one of the three main regional players, along with Al Ain Dairy and Saudi’s Al Marai, who together account for 85% of the local market. Al Rawabi currently has 12k cows and is looking to adding a further 7k to the herd.

By the end of 2016, Dubai will have its own 2,000-seat opera house. Being built by Consolidated Contractors Company, it will be the centrepiece for the Opera District, located in Downtown, which will become the cultural centre for the emirate.

Plans for the Burj 2020 moved a step nearer with DMCC announcing that it had listed four companies to design what would be the world’s tallest commercial tower. The free zone is the largest in the country with 8,700+ companies and over 85k people living and working in its 66 tower blocks.

It appears likely that the first Mandarin Orient hotel in Dubai will be built by Wasl Properties and be located on Jumeirah Beach Road. With enabling work almost completed, tenders for the 235-room hotel will probably occur later in the year. The developer has already entered the hospitality sector with two Hyatt Palace hotels and serviced apartments and is currently building two Garden Hilton Inns in the emirate.

Nakheel has appointed Shangri-La Hotels and Resorts to manage the Palm Tower, located on Jumeirah Palm. The 52-level tower will have a 290-room hotel – occupying the first 18 levels – along with 504 furnished apartments with the highest 360 degree infinity pool in Dubai on the 50th floor. (Nakheel has also paid a profit payment of US$ 60 million on its trade creditor US$ 1.2 billion sukuk).

Damac Properties has rushed forward the sale of 500 units in its NAIA Hotel and Apartments to be located on the 1.3 km shopping strip in the Akoya development. Starting prices are US$ 185k with the company forecasting double digit returns for investors in the 28-storey building as they will be entitled to 40% of room revenue, with zero utility and service charges.

At last, there was some good news for Tanmiyat investors with the announcement that handover of Living Legends villas, in Dubailand, will commence by the end of the year. The US$ 1.9 billion Saudi-backed development has been beset by delays following its launch seven years ago. (Consequently, Tanmiyat has not appeared on this week’s Dubai Courts listing of 26 cancelled projects, involving 18 developers).

Schön Properties has reportedly tied up with Xanadu Real Estate Development and secured US$ 92.4 million to complete its long-delayed Dubai Lagoon project. The massive development, covering 5.7 million sq ft, was a victim of the GFC when many of its investors defaulted on payments. Now that confidence has returned to the market, the company has awarded a US$ 185 million contract to PGS Gulf Contracting to finish construction work within two years.

Only 18% of the 154 private schools in Dubai will not be raising their fees for the next scholastic year. The size of the increase is limited to a maximum of 3.48% for schools considered outstanding by the Knowledge and Human Development Authority (KHDA), 2.61% classed as good and 1.74% for those rated as either acceptable or unsatisfactory.

The UAE continues to offer economic aid of almost US$ 5.0 billion to troubled Egypt and among the numerous projects is the construction of wheat silos that will help with cutting that country’s huge food import bill. On completion, the 25 silos, to be built by Arab Organisation for Industrialisation, an army-affiliated company, will be able to store 1.5 million tonnes of the grain.

Now the election process is over and Abdul Fattah Al Sissi has become the new president, Egypt can expect a continuation in negotiations with the IMF regarding a US$ 4.8 billion bailout package. This comes after discussions were curtailed last year following the ousting of the then leader Mohammad Mursi.

Not before time, the European Commission is set to examine the tax arrangements of Apple, Fiat and Starbucks in three member nations – Ireland, Luxemburg and Netherlands. The aims of the exercise are to ascertain whether the companies are breaching EU rules on state aid and whether they are paying their fair share of tax.

US expatriate residents will undoubtedly be aware of the US Foreign Account Tax Compliance Act which basically requires financial institutions to provide information, on request, relating to US citizens and companies. At least 70 countries – including the UAE – have signed up and for those that have not, the US Treasury has the power to levy a 30% withholding tax on payments made. To date, 77k banks have joined as Uncle Sam tries to hone in on money stacked away in overseas vaults by their citizens.

The patchy US recovery continues as latest jobs data indicate that unemployment levels have now dropped to 6.3%, as the country’s part-time workforce increases to 27.2 million. However, there has been a sizeable drop in the number of working-age with jobs down from 62.7% six years ago to 58.9%. 70% of the population is no better off, after adjusting for inflation, than they were at the turn of the century, with an estimated 30% lower and the next 40% unchanged. Consequently, since the GFC, median household income has fallen 6.4% to US$ 53k.

The World Bank has once again cut its 2014 growth forecast from its January estimate of 3.2% to 2.8%, citing various reasons including political unrest in the Ukraine, bad weather in the US and the Chinese slowdown. Furthermore, growth in developing countries was cut from 5.3% to 4.8% – which would mean the third straight year of less than 5.0% expansion – and from 2.2% to 1.9% in high income developed countries.

With the start of the World Cup on Thursday, the beautiful game has been tarnished yet again by the suits, led by Sepp Blatter, that run the organisation like a Middle Age fiefdom. Allegations of bribery and corruption are taking centre stage instead of the spectacle of the opening ceremony in Sao Paulo. To prove their innocence and to assuage the concerns of their major sponsors, FIFA has conducted an internal investigation. Maybe an external independent enquiry would have been more appropriate. When this charade – and with it the reign of the Swiss president who has been in charge of an organisation that has been beset by scandal – will end remains to be seen. The Garcia report is evidently completed but will not be released until after the World Cup final next month. It will not include any of the findings of a recent Sunday Times enquiry. And guess what? Mr Blatter wants another term as president, despite saying, last time in South Africa, this would be his last. Baby – What a Big Surprise!