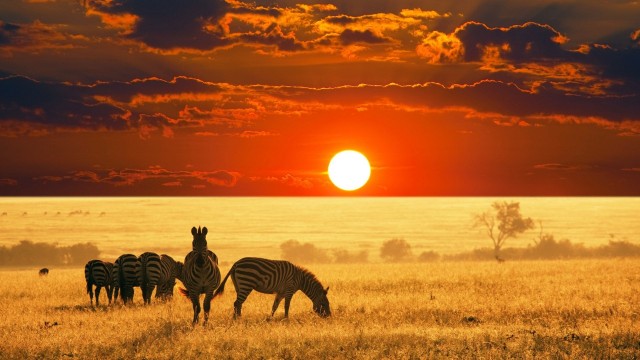 HH Sheikh Mohammed bin Rashid Al Maktoum has approved a massive US$ 32.7 billion expansion plan for Dubai World Central which, on completion of phase 1, will accommodate 120 million passengers. The facility will cover an area of 56 sq km.

Meraas Holding has announced details of its massive theme park project including Bollywood Park, Legoland and Motiongate, along with the Lapita hotel and Riverpark.  The whole project is expected to cost US$ 2.7 billion, with work commencing early next year. It will be managed by Dubai Parks & Resorts, a new subsidiary of Meraas, which is currently negotiating a US$ 4 billion loan facility to finance this and other ventures. Hill International has been awarded a two-year US$ 51 million consultancy contract.

Dubai Holding Commercial Operations Group – which includes Jumeirah, Tecom and Dubai Properties Group – reported a H1 net profit of US$ 572 million on revenue of US$ 1.53 billion. The 2013 annual return had 12 month profit at US$ 900k on revenue of US$ 3.16 billion.

Dubai Holding is going ahead with plans to build the world’s largest shopping complex, Mall of the World, expected to cost in excess of US$ 6.8 billion. Initially slated for the area around Dubai Police College, the 48 million sq ft climate-controlled facility will be located in Mohammed bin Rashid City. Apart from a shopping mall, covering 8 million sq ft, it will have a glass-domed theme park and 20k hotel rooms.

Dubai Holding Commercial Operations Group – which includes Jumeirah, Tecom and Dubai Properties Group – reported a H1 net profit of US$ 572 million on revenue of US$ 1.53 billion. The 2013 annual return had 12 month profit at US$ 900k on revenue of US$ 3.16 billion.

Dubai World is in the throes of restructuring its US$ 25 billion debt facility by extending the loan tenure by a further four years to 2022. To sweeten the deal, the company is prepared to offer DP World shares as collateral, a higher interest rate and an early repayment of the first instalment due next year. Although agreement has been reached with the creditor committee of banks, other lenders have still to be swayed with more than two-thirds having to agree before the original scheme of arrangement can be amended. In essence, the company would agree to pay the May 2015 US$ 4.4 billion tranche earlier but have the US$ 10.3 billion deferred until 2022.

Initially launched in 2006, Limitless is looking for developers to help kick start its US$ 19.1 billion Downtown Jebel Ali – a proposed 200 hectare residential/commercial development, between JAFZA and Techno Park. This week, the company awarded a US$ 5.3 million contract to Dar Al Handash to supervise and review infrastructure, with an aim to attract further development. To date, only the infrastructure in the first of four phases and four of the proposed eight towers in The Galleries have been built so the project has a long way to go before it will house an estimated 70k residents and 235k workers in 237 buildings.

Park Investments, a new UAE-based real estate investments company in UAE is launching its first Dubai project. Park Villas will comprise 93 4-bedroom villas, with a launch price of US$ 790k, and be located in Jumeirah Village Circle.

This Saturday will see yet another Emaar launch – this time for 280 one to three bedroom luxury apartments. BLVD Heights is located in Downtown and sales will take place concurrently in Dubai, Abu Dhabi, Hong Kong, Shanghai and Singapore.

Wasl Hospitality is already building the emirate’s first Mandarin Oriental, owned by Dubai Real Estate Corporation. Located on Jumeirah Beach Road, the 200-room property should be ready for business in 2017.

It seems that Jumeirah’s new hotel brand, VENU, will have its first home on the upcoming Bluewaters Island, off JBR. The island, expected to cost in excess of US$ 1.6 billion, will be developed by Meraas Holding.

Abu Dhabi-based, Deyaar Development, is developing a US$ 123 million sharia-compliant hotel in Barsha. The company is also set to build a hotel apartment tower in DuBiotech with 180 units.

Time Hotels is planning to build a 277-room 5-star hotel in Dubai Health Care City. Awtad Investments will finance the US$ 55 million facility which should be opened within two years.

Mulk Holdings is to spend US$ 68 million building two 75-bed hospitals, one of which will be located in Dubai. The UAE-based company has recently opened a 14k sq ft diagnostic centre in Jumeirah – the largest of its kind in the ME, with plans for a further ten units in the MENA region.

Drake & Scull International announced their success in a US$ 30 million tender to design a district cooling plant in Qatar.

The latest Lloyds List sees Jebel Ali Port maintain its position in the top ten global container ports. Singapore and Pusan are the only other non-Chinese ports to make the listing.

It seems strange that HSBC has reportedly closed many of its local SME accounts and at the same time announcing its second US$ 272 million tranche of payments to that category of customer. The money will be made available to businesses with a turnover in excess of US$ 8.2 million.

Emaar’s long awaited IPO of its shopping malls will open next Wednesday, 14 September,  will close on 24 September for retail investors and two days later for institutional buyers and will be listed on the DFM on 02 October. The plan is to sell at least 1.95 billion shares – but no less than 15% of the share capital – with the new share capital being valued at US$ 3.54 billion. The actual share price range will be divulged next week. Current Emaar’s shareholders are in line for a dividend pay-out of US$ 2.45 billion with 59% emanating from the IPO and the balance from a previously declared dividend. (There are reports that Emirates NBD customers will be able to buy the new shares via the bank’s ATMs – this would be a world first).

US August employment data proved disappointing with only an additional 142k jobs coming on-line – well down on the recent monthly average of 212k. Although  hourly earnings were up 2.1%, the number of employees looking to work longer hours has risen quite sharply – a sure indicator that the labour market continues to be sluggish.

Troubled Australian carrier, Qantas has announced that it will cancel five flights in the coming weeks, due to poor demand, with the slack being inevitably taken up by Emirates. It is estimated that Emirates now accounts for 60% of the UAE-Oz traffic with Etihad (20%) and the “Flying Kangaroo” trailing a distant third, with 17%.

It is not only the national airline that is causing concern in Australia but also the fact that their recent mining boom is well and truly over which sees a dramatic downturn in investment in the sector. For the only country in the western world not to experience a recession over the past twenty years, the party is well and truly over. Although off its dizzying heights of 1.05 to a US$ 1, the currency is still seen to be overvalued at 0.92 and there are continuing fears of a housing bubble. The outlook is not helped by the marked downturn in not only the Chinese economy but with their other trading partners.

Meanwhile, the continent’s third largest economy is struggling with Matteo Renzi, already predicting zero growth this year as the county is mired in its third recession in the past ten years. The prime minister is keen to cut the bureaucratic red tape and corruption but this will take time, so his chances of boosting some level of growth and reducing the unemployment lines appear bleak.

Robert Mugabe has ruled Zimbabwe since 1980 during which time its GDP has dropped on average 1.2% per annum and life expectancy has fallen by three years. In H1, the country was the recipient of only US$ 67 million in direct foreign investment – down on the US$ 167 million received in the same period last year. Also exports fell by 13% in H1, not helped by falling commodity prices.

With the likes of Mugabe ruining a country, Ebola killing a growing number of people in western Africa, on-going civil wars in Southern Sudan and CAR, wars against militants / rebels in DRC, Mali, Nigeria, Somalia and Sudan, high corruption levels in a majority of the continent’s 54 countries, unemployment levels of 20%+ and 450 million people living in extreme poverty, life can indeed  be tough Under African Skies.