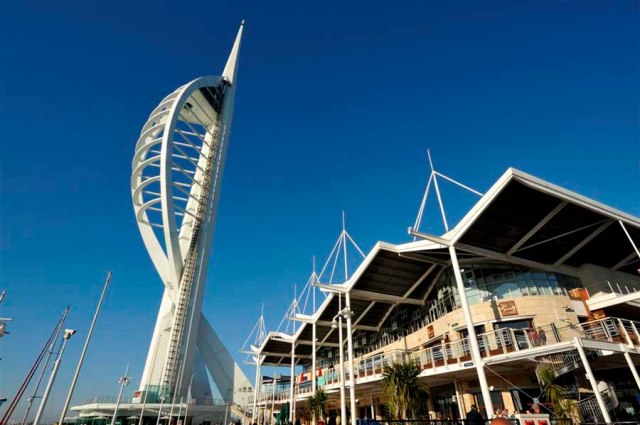 In a busy week, HH Sheikh Mohammed bin Rashid Al Maktoum has met with Queen Elizabeth, the Polish president, Bronislaw Komorowski, (on a two-day trade visit) and visited the Milano Expo for a further two days; there he announced that he wanted the next Expo in Dubai  to “dazzle the world”. Back home, he also visited his own Mohammed bin Rashid Housing Establishment and confirmed new  projects totalling US$ 981 million; he also reviewed 16 previous projects, which had seen 4.4k houses built, at a cost of US$ 1.3 billion.

The US$ 123 million contract for Union Properties’ Dubai Investment Park, phase 3, has been awarded to Shapoorji Pallonji Mideast. Slated for completion by Q3 2017, the 227 Green Community villas, will be sold off plan in September and when completed will bring the total of residential units there to almost 1.8k.

With apartment and villa prices starting at US$ 137k and US$ 272k respectively, it was no surprise that hundreds of people queued all Friday night to be first to put their names on the Nshama’s Town Square’s sales documents. However, many were left more than disappointed when only ten units were released.

WSP / Parsons Brinckerhoff  have been appointed by Meraas to be lead consultant for the Bulgari Resort in Dubai, due to open within two years. The 7-star 101-key hotel, encompassing 158k sq mt, with 43 villas and 165 apartments, will be located on Jumeirah Bay Island.

The Japanese convenience store, 7-Eleven, is set to establish a presence in the emirate. Currently, the brand has 56k outlets in 16 countries and it has just signed a franchise agreement with Seven Emirates Investment. The Dubai-based company is hoping to have more than 820 stores operating in the region by 2020.

If there were not enough dining outlets already, Applebee’s Grill Restaurants will add a further 16 more in the country to bring their total to 26. The Californian-based chain expects to add a further 900 staff to its payroll.

Fast Logistic Solutions Group is ramping up its business and plans an 86% expansion in its staff numbers to 1.4k, including 400 in the UAE. In addition, it will have new offices in DAFZA, DWC, Al Qusais and Rashadiya as it merges its two entities – Fast Forward and First Priority next month.

Emirates has signed a three-year US$ 5.4 million deal for naming rights of the 170-metre high Portsmouth’s Spinnaker Tower. One minor problem is that the proposed red facade will not go down too well with Pompey supporters whose team play in blue. The structure looks very similar to the Burj Al Arab and is the focal point of the city’s harbour which will host the America’s Cup World Series next month; one of the challenging boats will be the airline’s sponsored Emirates Team New Zealand.

Nakheel has confirmed that it plans a US$ 60 million profit payment next week on its on-going US$ 1.2 billion trade credit sukuk.

The recently established investment bank, Audacia Capital, has been quick out of the blocks by acquiring 30% of the Lebanese casual dining chain, Al Safadi. The company has ambitious expansion plans to add to its current three Dubai locations and one in Erbil, Kurdistan.

The Dubai International Financial Centre hopes to see a tripling in size over the next decade, with the number of firms expanding to 1k and staff numbers from 18k to 50k. Over this period, office space will more than double to 5.5 million sq ft. More impressive is the target to see assets under management jump from US$ 10.4 billion to a staggering US$  250 billion – stranger things have happened.

Dubai Islamic Bank’s latest foray into the sukuk market was heavily over-subscribed – the 5-year US$ 750 million bond will carry a 2.92% profit rate.

For the first time in six years, the UAE will post a fiscal deficit due to the halving of oil prices over the past twelve months. The IMF estimates that this year, the deficit will be 2.3% of GDP, compared to a 5.0% surplus in 2014, but a tightening of spending, and the introduction of new taxes, could see the country return to surplus in 2016. At the same time, the international body predicts a 2015 growth slowdown from 4.6% to 3.0%.

There would have to be some eyes raised by the recent performances of Amlak and Arabtec. The former returned  to the bourse on 02 June and had jumped 128% in the ensuing eight trading days whilst Arabtec had a two-day rise of 27.0% before falling 9.9% on Thursday.

Abdel Fattah El-Sisi’s Egypt will be thankful for the recent US$ 35 billion pledges made by GCC countries. This comes at an opportune time, as its current account deficit, in the nine months to March, has ballooned from US$ 543 million to US$ 8.4 billion.

Many recent reports point to a slowdown in global growth. The IMF, who seem to change their forecasts on a regular basis (and usually downwards), has cut the US expected growth from 3.1% (in April) to 2.5%, two months later. In the light of these figures, it seems unlikely that the Fed will consider a rate hike until at least September, even though the labour market appears to be strengthening (including 280k new jobs in May) and low oil prices continue. Any Fed decision always has a huge impact not only in the US but also on a global scale.

In the UK, the Confederation of British Industry has cut their February growth forecast of 2.7% to 2.4%; the Bank of England did likewise.

China has seen its May exports fall a further 2.5% whilst imports dropped 17.6%, compared to the same month last year. It seems highly unlikely that the country’s forecast 6.0% trade growth will be attained this year. Although interest rates have been cut three times since December, this has failed to boost economic activity. No wonder then that China’s trade surplus jumped 75% in one month to US$ 59.5 billion.

The IMF has also cut its forecast for Australia in the wake of major falls in commodity prices which inevitably has had a major impact on that country’s short-term economic outlook. The RBA’s governor, Glenn Stevens, has not ruled out any further rate cuts.

Japan bucked the trend by recording positive figures, with Q1 growth of 1.0% (compared to the 0.6% initial guesstimate) and an annualised growth rate up from 2.7% to 3.9%. Last year, the world’s third biggest economy had fallen into recession but has climbed out by a boost in business spending, low oil prices and rising exports.

Whilst global financial eyes are on Greece, the last country to renege on its debt has been ordered to pay US$ 5.2 billion to over 500 creditors. A US judge has ruled that Argentina has to treat a group of hedge funds and bondholders, who refused to sign the original settlement agreement, the same rights as those who agreed to an earlier restructuring.

It is reported that Germany may agree to an extension of the current Greek aid package but has rejected the possibility of an amended third one. But it seems that Athens is still balking at the substantial reforms that are being requested by the troika so by the end of the week, there were still major differences between the parties. After five years of wrangling and negotiations going nowhere, maybe it is time to Say Goodbye!