The Writing’s On The Wall! 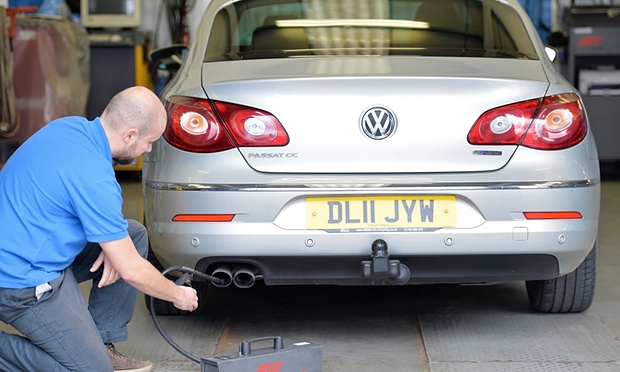 There was sad news at the beginning of the week, with the announcement of the death of Sheikh Rashid bin Mohammed bin Rashid Al Maktoum, the eldest son of the Dubai Ruler, HH Sheikh Mohammed. He died on Saturday, at the age of 33, following a heart attack.

With a debut property in Abu Dhabi starting operations next year, Dubai Properties and Marriott International will open their first Edition hotel in Dubai in Q1 2018. Located in JBR, the 258-key hotel will also encompass a beach club, business centre and food outlets.

The ME aviation market was the only global market showing double digit growth last year as its total market share rose to 5.2%, with passenger numbers up over 10.0% to 173 million. The figures also show that Emirates (with 2.3 million tonnes) was the third largest cargo carrier, somewhat behind FedEx (7.1 million tonnes) and UPS (4.2 million tonnes). These three accounted for 26.5% of the total global cargo (51.3 million tonnes) lifted in 2014.

In 2004 its Private Bank moved to the DIFC and next year will see HSBC Holdings ME relocate there from its current its headquarters in Jersey; it will be regulated by the Dubai Financial Services Authority. Initially it is thought this will see an influx of about 100 staff.

The DFM opened Sunday at 3625 to eventually move 8 points higher to 3633 by Tuesday (22 September); the bourse was closed for two days because of the Eid Al Adha holiday. Of the bellwether stocks, Emaar Properties was up US$ 0.02 to US$ 1.77, with Arabtec gaining US$ 0.01 to US$ 0.50. As expected, trading volumes on Tuesday were again disappointingly low, and were down to 160 million shares, valued at US$ 70 million, (cf 236 million shares for US$ 139 million, the previous Thursday).

There was little surprise with the news from Janet Yellen that the US Federal Reserve had decided to keep interest rates on hold, despite weaker oil prices.

Coca Cola executives received a shock earlier in the week when it received a bill of US$ 3.3 billion for taxes owing from 2007 – 2009, plus interest. The Atlanta-based drinks company refutes the claim which came after a 5-year audit by the IRS.

Following a 4th consecutive drop in sales, Caterpillar announced that it was slashing costs by US$ 1.5 billion. As sales fell another 2% to US$ 48 billion, the construction and mining equipment maker were planning a further 10k reduction in manpower – and this after losing 31k employees, after a 2012 restructure.

The UK steel industry has been hit by the perfect storm with the double whammy of falling prices and increasing foreign competition. An early casualty was the retrenchment of 2k workers as the Thai steel maker SSI halved production in their English Teesside plant.

UK Chancellor, George Osborne is in China on a five-day trade mission and he has garnered the support of two Chinese companies – China General Nuclear Corporation and China National Nuclear Corporation – to invest in a UK nuclear power station. A final decision on the US$ 39 billion Hinkley Point power station will be made later in the year with the UK government already guaranteeing US$ 3.1 billion initial support.

In January 2012, France lost its AAA grading and now Moody’s has continued to downgrade its credit rating – this time another notch to Aa2 and changed its outlook from stable to negative. The main reasons given were the country’s debt burden and the inability of the Hollande government to boost the economy quicker and to introduce much needed structural reforms. The current budget deficit is well above the EU threshold of 3.0% and even the most optimistic forecast for this year will see the deficit at 3.8%. The government also expects to see growth at its highest level since 2011 but even then 1.0% is not enough to solve the country’s economic problems.

Turkey saw its Fitch rating remain at BBB-, investment grade, with a stable outlook. It was noted that despite the political environment worsening and a slowing of economic reforms, the government had maintained a “strong balance sheet”. Of the other two major rating agencies, Moody’s maintained its investment grading whereas S&P rated the country’s sovereign debt as junk status.

The optimistic Spanish government is forecasting a welcome 3.3% economic expansion this year but the fact remains that the Spanish unemployment rate is at a crippling 22%+ and a more severe 50% for those under 25. Prime Minister Mariano Rajoy can boast that 18 million employment contracts are being signed every year; however, it is estimated that 25% of those are for less than a week’s work!

Italy is also showing signs of improvement with forecast growth of 0.9% and 1.6% over the next two years, following three years of recession. Matteo Renzi’s government has seen the economy boosted by the low oil prices and the weakening euro, along with a marked step-up in domestic demand. However, it still has an issue with its debt to GDP ratio which at its 2015 forecast level of 132.8% is still on the high side.

The big news of the week involved the scandal surrounding Germany’s largest carmaker, Volkswagen, which has rocked not only the business world but has the potential of damaging the country’s economy and political standing. VW has been rigging its US diesel emission testing for years and is now facing penalties in excess of US$ 18 billion from the US Environmental Protection Agency – and this is only the beginning.

Any fallout will have a negative impact, as falling sales will see redundancies in its 270k German workforce and even more cuts for those working for its suppliers. The contagion for other German companies is yet unknown but is bound to see the country’s trade suffer, since the auto industry accounts for 20% of exports, totalling US$ 225 billion, and employs 775k. Its economy has withstood both the eurozone debt crisis and the slowing Chinese economy but now the Berlin government could be scuppered by one of its own companies. The Writing’s On The Wall!