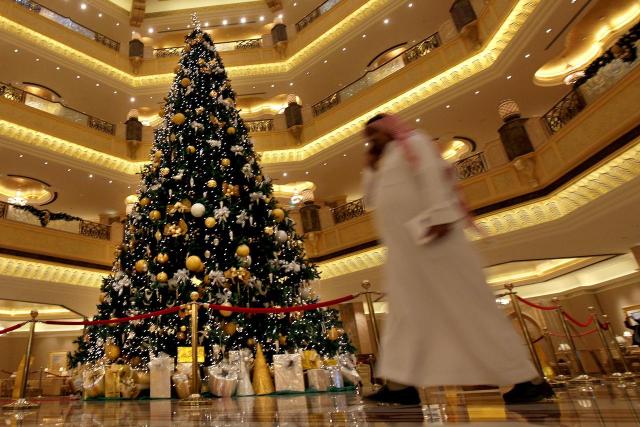 Despite not expecting to hand over any villas until next December, Al Barari has announced that almost 75% of its 203-home Ashjar project has been sold. The luxury Zaal Mohammad Zaal development consists of 13 low-rise buildings, each separated by a forest, and is part of phase 2 of the 18.4 million sq ft community which has over 80% of the land set aside to nature.

Deyaar has announced that its 1.25 million sq ft The Atria development is 25% complete and on track for handover within 18 months. The twin tower project will comprise one 30-floor residential building, with 219 units, and the other 31-storey tower will house 347 hotel apartments.

The MAF-owned Hilton Garden Inn Dubai Mall of the Emirates, the largest outside of the US, opened this week. The 370-key property is the 3rd of the brand in Dubai, following Inns in Al Muraqabat and Al Mina.

Even with a slowdown in some construction work, Dubai Parks and Resorts plan a September soft opening for its three theme parks – Bollywood, Legoland and Motiongate – along with the Lapita Polynesian-themed hotel and Riverland. The US$ 2.9 billion resort is set for an official October opening. The company also confirmed that it was on target to hire 1k nationals by the end of Q3.

Abercrombie & Fitch will see its first UAE outlet in MoE on Saturday (26 December) which will bring its global total to 965. The US luxury clothing company has formed a JV with an offshoot of the mall’s owner, Majid Al Futtaim Fashion.

With a 15% annual appreciation in the dirham – allied with depreciation of most competitors’ currencies – it is little wonder to see Dubai ranked as the world’s most expensive city to celebrate the New Year. A Travelex study ranks Dubai (at US$ 529) well ahead of the next three locations – London, Paris and New York – where the average cost for the celebration is put at US$ 445.

The strong dirham also partly explains why Dubai Duty Free expects flat sales this year, estimated to be under US$ 1.9 billion; a 4.3% increase, to US$ 2.0 billion is forecast for 2016. Also not helping the cause was the fall in the number of Russian tourists (with sales down US$ 50 million) and the fact that Chinese visitors were spending less.

HH Sheikh Ahmad bin Saeed Al Maktoum chaired the first meeting of the Dubai Free Zone Council. The body will coordinate and govern the emirate’s 22 free zones that, with over 20k companies, account for 25% of Dubai’s GDP.

It appears that some Indian investors in Gurgaon are becoming increasingly frustrated by delays in the 200-apartment ‘The Palm Terrace’ project, an Emaar-MGF development. Launched five years ago, it is two years overdue, with many investors having already paid 93% of the asking price.

Following his recent release from jail, the ex-MD of Leeds United FC, David Haigh, is reportedly back inside for cyber slander. His former employer, GFH Capital, who had earlier accused the 38-year old of embezzlement, for which he served two years, lodged the charges.

Two Dubai entities were in the news this week. Asset manager, Abraaj, and its French partner, Proparco, have sold their 83% share in Tunisia’s second-largest pharmaceuticals company Unimed. Bangalore-based Quess Corp Ltd, a subsidiary of Thomas Cook, has acquired Dubai’s Styracorp Management Services and IME Consultancy. No financial details from both deals were made available.

The federal minister of state for financial affairs, HE Obaid Humaid Al Tayer, has reportedly ruled out individual income tax. Along with the inevitable introduction of VAT (probably no earlier than 2018), there could be a tax on foreign remittances on the cards; some form of corporate tax and a levy on new motor vehicles cannot be ruled out.

Dubai Police will spend US$ 79 million to build six “smart” police stations across the emirate over the next two years.

Following a Dubai Financial Services Authority ruling, MAS Clearsight Limited has been ordered to pay a total of US$ 3.2 million to 20 investors for promoting a Collective Investment Fund, in breach of the authority’s regulations. In June, its licence was suspended and now the firm is in liquidation.

The collapse of oil prices has seen both Royal Dutch Shell and Chevron take action to cut costs. Shell has forecast that its 2016 operating costs will be 10% (US$ 4 billion) lower than this year and has further reduced its capex by another US$ 2 billion to US$ 33 billion. Having already announced earlier that it was planning to cut its global payroll by 7k, Chevron has now retrenched 1.2k employees at its Gorgon and Wheatstone LNG project in Western Australia.

In the wake of November’s mining disaster, Brazilian authorities have blocked the assets of BHP Billiton and Vale, owners of Samarco. The incident saw the collapse of a dam that killed at least 13 and now the mining JV is being sued for a possible US$ 5.2 billion.

After his recent arrest for security fraud, Martin Shkreli has lost his positions as chief executive of KaloBios Pharmaceuticals and head of Turing Pharmaceuticals. This comes three months after he gained infamy, by increasing the price of Damaprim, a HIV treatment drug, by 5,000%, from US$ 13.50 to US$ 750.

Even after 40 years, the latest Star Wars movie – The Force Awakens – did not disappoint, as its US$ 525 million box office receipts broke all records for a weekend opening. The JJ Abrams’ film is set to become the biggest Hollywood film of all time but still has a way to catch up with the leading three – Avatar (US$ 2.8 billion), Titanic (US$ 2.2 billion) and Furious 7 (US$ 1.5 billion).

2015 has not been the best of years for 140-year old Toshiba, after being found out that it had been inflating its profits for the past six years and now expects an annual loss of US$ 4.5 billion. With its shares having nosedived 40% since April, and plans to cut 6.8k jobs, (or 3.1% of its current workforce), the Japanese conglomerate is also hiving off most of its consumer electronics business, as well as an Indonesian washing machine plant.

The company’s auditors, Ernst Young ShinNihon LLC, have been fined US$ 18 million – the equivalent of two years’ fee income – for failing to spot the irregularities. Furthermore, Moody’s added to the company’s problems by cutting its credit rating two notches to junk status – Ba2.

Following October’s endorsement for a massive coal mine (7 times the area of Sydney Harbour), Adani Mining has received further federal government approval to expand north Queensland’s Abbot Point, making it one of the biggest coal ports in the world. The Indian miner estimates that the expansion will result in 10k new jobs (both direct and indirect) and will boost the Queensland coffers by almost US$ 16 billion, in taxes and royalties. The approval came despite strong protests from the environmental lobby – mainly because of its proximity to the Barrier Reef and the required dredging of 1 million cu mt of spoil.

On the flip side, with iron ore prices slumping 43% this year, it was no surprise that the four partners – American Metals & Coal International, Aurizon, Baosteel and Posco – have mothballed the planned US$ 3.6 billion West Pilbara Iron Ore project. Already this year the Australian government has removed four such projects – totalling US$ 12.2 billion – from its major resource list.

The Canadian fund manager, Brookfield, is facing competition in its attempt to take over the Australian rail and ports operator, Asciano. Local logistics company, Qube Holdings, has matched the Canadian’s bid of US$ 6.5 billion. A decision from the Australian Competition and Consumer Commission is expected in Q1.

In what could be a blip, November home sales in the US fell a worrying 10.5% to 4.76 million, wiping out most of the gains made this year. In addition, median house prices of US$ 220k are 6.3% higher than in the same month last year, whilst the recent Fed rate hike may deter some potential buyers.

It is reported that Germany’s largest lender, Deutsche Bank, has flagged a total of US$ 10 billion in Russian trades that may not have been vetted for money laundering. 60% of the total relates to mirror trades which are under investigation by US authorities. The bank has already paid US$ 2.7 billion to UK and US legislators to settle other misconduct charges and has also been fined by the Russian Central Bank.

Several international banks in the UK are operating in an almost tax-free environment. Latest figures indicate that seven major banks – BoA, Deutsche Bank, Goldman Sachs, JP Morgan, Morgan Stanley, Nomura and UBS – paid between them US$ 31 million in corporation tax, despite revenues of US$ 31.0 billion and profits of US$ 5.3 billion; this equates to a tax rate of 0.6% when most companies are taxed at 20.0%! For these banking parasites, Every Day’s Like Christmas!