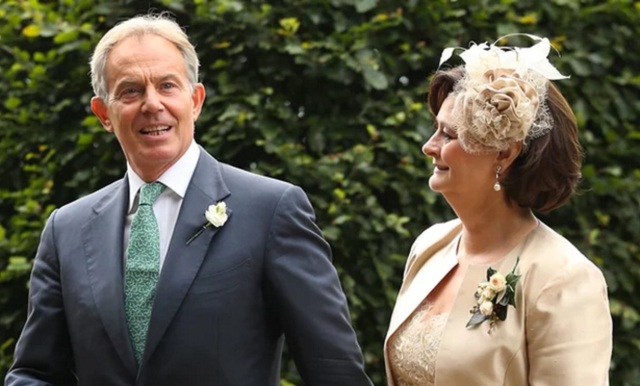 Reidin’s latest report shows marginal May increases for both Dubai apartment and villa prices – but 5.2% and 6.0% down year on year. Meanwhile rents for both apartments (3.0%) and villas (6.4%) fell over the year whilst May saw a 0.47% increase, as villa rents edged downwards by 0.53%.

Damac has launched the first phase of Akoya Imagine – 3-bedroom villas, with prices starting at US$ 327k. Located adjacent to the Tiger Woods-designed golf course, the units will go on sale this Saturday (09 July), with options to spread payments over three years and no service charges for five years.

Greek company Consolidated Contractors Company has reportedly won a US$ 136 million contract to build the 70-storey residential Opera grand Tower in Downtown. The project, the first of 8 towers in that location, will have a large public plaza and amphitheatre.

Next month sees the opening of Dubai Opera House and although there is much work to be carried out before then, the developer is confident that all will be ready for the Plácido Domingo opening on 31 August.

IMG Worlds of Adventure, due to open the world’s largest indoor theme park next month, has awarded a 15-month MEP (mechanical, electrical and plumbing) contract to locally-based Farnek. The developers have also given DEI a three-year contract to be its exclusive souvenir-imaging provider.

Dubai International is not only the world’s busiest international facility, it has also been confirmed as the world’s 3rd busiest airport according to Airports Council International. With 78 million passengers, it is still some way off Atlanta-Hartsfield-Jackson’s 101 million and Beijing, with 90 million.

Having resigned from his position as chief executive of Emaar properties in April, Abdullah Bin Lahej has been appointed to a similar role with Dubai Properties Group, a unit of Dubai Holding. He replaces Abdul Latif Al Mulla who had been in that role since August 2015 and left to “pursue other ventures”.

Mashreq and Arady Properties have launched the country’s initial Qualified Investor Real Estate Fund. With equity of US$ 300 million – and a maximum 50 investors – the Shariah-compliant entity, with a 6-year life, will source assets with strong potential yields.

The Dubai Gold and Commodities Exchange posted a record H1, with trading volumes up 409.6% to exceed 9.5 million contracts and on 24 June posted a daily record of 151k contracts, valued at US$ 3.55 billion. One of the better performing sectors was precious metals, with a 104% growth to 423k contracts.

Abu Dhabi-based Menacorp Financial Services has been ranked the country’s leading brokerage firm – out of 49 – for H1, in terms of trade value and market share.

As part of a JV breakup between Shell and Aramco, the Anglo/Dutch petro giant is asking for US$ 2 billion as compensation for the Saudi company to retain a larger share. If the agreement proceeds, Aramco will take over control of Motiva’s largest US refinery in Texas and retain 26 distribution terminals with Shell becoming sole owner of two refineries in Louisiana and Shell-branded gas stations in some eastern US states. The JV will continue a 50:50 split in a Japanese refining facility and Saudi Aramco Shell Refinery Co in Jubail.

Oracle has paid a US$ 3.0 billion penalty for reneging on a software agreement with Hewlett Packard Enterprise. The case, centring on making software that ran on high-end titanium chips, was settled in 2012 but it has taken more than three years to resolve the monetary payout. Last month, the Californian-based computer technology giant lost another case, when seeking damages of US$ 9 billion from Google.

UBS has been directed by Swiss authorities to provide clients’ bank details to French tax officials. Other countries are expected to follow suit following information received from German investigators and shared with other countries. This comes as a major blow not only to UBS but also to the Swiss banking sector, the world’s biggest offshore financial centre, with overseas assets topping US$ 2 trillion.

Four Barclay city traders received prison terms this week for their role in the Libor-rigging scandal and this success was a welcome respite for the Serious Fraud Office that had seen five others acquitted earlier in the year. There are probably hundreds of others who should have been locked up for participating in the scam that negatively affected so many households and companies. Senior management appear to have fallen under the radar and escaped scot free as more junior staff have taken the brunt.

With the expansion of its express delivery service, Prime Now, Amazon will create 1k new jobs in the UK, in addition to the 2.5k already recruited earlier in the year. Amazon itself has 15.5k employees in the country and supports further 74k jobs, via Amazon Marketplace.

Another multinational has fallen foul of the ever-increasing moves to stop cross border tax deals in the EU. This time, Proctor & Gamble is being investigated for the possibility of using Swiss units to avoid Italian taxes. P&G follow the likes of Amazon, Apple and Google who have been under the scrutiny of the EU or national tax authorities, including Italy, for similar actions.

One casualty of the Brexit vote could be the planned merger between the London Stock Exchange and the Deutsche Boerse. A US$ 20 billion deal was agreed earlier in the year and, although shareholder agreement is almost certain, it may not meet regulatory approval; the German authorities will not like the fact that London will be the HQ for the new entity.

To placate certain sectors of the EU bloc, the EC has granted both Spain and Portugal extra time to remedy their deficits (5.1% and 4.4% respectively) so as to avoid fiscal sanctions. Both countries are in breach of the EU’s rules that public deficits should be maintained at less than 3% of GDP. In the current climate of the UK voting to leave and growing continental discontent, high unemployment and sluggish growth for anti-EU parties, it seems highly unlikely that sanctions will be applied.

With just US$ 200 million in its operating account, and total debts of US$ 70 billion, the government of Puerto Rico has defaulted on a debt of US$ 779 million. President Obama has indicated that a US federal agency would oversee a debt-restructuring program and there would be no litigation arising on existing debts.

After a disappointing raft of Q1 economic data in the US, factory activity, which accounts for 12% of the GDP, is picking up as the national index rose from 51.3 to 53.2 in June, with ISM new factory orders index and order backlog index also climbing to 57.0 (from 55.7) and 52.5 (from 47.0) respectively; any reading above 50 indicates expansion. On the flip side, the revised April construction spending saw a 2.0% fall, followed by a 0.8% drop in May.

In line with the rest of the world, the Australian dairy industry is struggling with further price cuts expected this year with minor improvements in 2017. The global oversupply has meant the closure of many dairy farms as margins dip with many unable to scale back on costs.

The US and the UK are not the only democracies in some disarray – Australia is still searching for a government, a week after the election saw both main parties, with 76 seats each, needing minority support to form an administration. Ratings agencies have warned officials that a hung parliament may result in delays in much needed legislation and could see the country, with a credible 3.1% annual growth, lose its coveted AAA rating. Next month will probably see a rate cut to 1.5% despite weak domestic inflation.

Even before the Brexit referendum, the UK construction industry, which accounts for 6% of the country’s economy, was in trouble, as the sector’s June PMI (Purchasing Managers’ Index) plunged to 46.0 – its worst contraction since the GFC. Hardest hit were house building and commercial, with civil engineering remaining flat.

Despite intimating that taxes would have to go up in the event of a Brexit vote to leave the EU, Chancellor George Osborne has floated plans to slash corporation tax from 20% to 15%. Its aims are to entice existing companies to remain in the UK and overseas entities to move to the country, with a competitive tax threshold.

The Chancellor is not the only one to have a change of view following the Brexit vote. IMF chief, Christine Lagarde, now has an optimistic view that could result in the EU deepening their economic integration, despite disenchantment with the EU institution. She admitted that although there is uncertainty in world markets, a global recession is unlikely and that she remained positive.

Former Prime Minister, Tony Blair, was strongly criticised in this week’s Chilcot Report for joining the US-led Iraq invasion without a satisfactory legal basis or proper planning. Teflon Tony, in a two-hour egomaniacal ramble, pleaded for exoneration, claiming that he had acted in good faith and believed that it was better to remove Saddam Hussein from power. The Great Pretender!

1 Response to The Great Pretender!