Where Did It All Go Wrong? 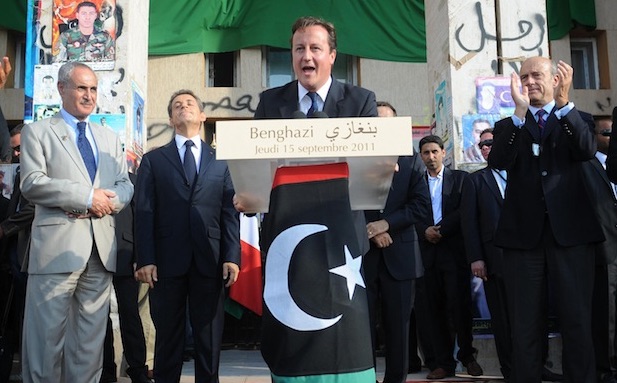 Aurecon, the appointed engineer and architect for The Tower at Dubai Creek Harbour, has awarded the wind-engineering consultancy to London-based MT Fluid Mechanics. On completion, the US$ 1 billion Emaar structure will be at least 100 mt higher than its 828 mt Burj Khalifa stable mate.

According to the August ValuStrat’s report, overall property values showed marginal falls, although prices for certain prime properties edged higher by between 0.8% and 2.8%. Its residential index posted a 97.6 reading, compared to 100 for January 2014 and 98.2 in August 2015. YTD villa prices have dropped 0.2 to 96.7, whilst apartments fell 0.4 to 98.2.

Meanwhile Cluttons are forecasting a 5% 2016 fall in the office market sector, as the impact of low oil prices and a sluggish global economic environment begins to take hold. Q2 office rents continued unchanged, with the sector flat until later next year, when the Expo factor kicks in to move prices higher.

Rasmala, along with Ajman Bank and others, have invested US$ 82 million to acquire 72 warehouses, covering 600k sq ft, in DIP. The locally based investment management firm has a 7-year sale and leaseback deal with 31 tenants.

Deyaar has teamed up with Millennium & Copthorne who will manage three properties, totalling 953 keys, which are under development. Located in Al Barsha, Business Bay and Dubai Science Park, all will open within 18 months.

Although preliminary August hotel occupancy levels show a year on year increase of 3.4% to 76.1%, all revenue indicators declined; demand, at 9.2%, increased at a greater rate than the 5.5% supply. Two major indicators headed south – average daily room rate sank 10.2% to US$ 140 and revenue per available room by 7.1% to US$ 107.

Damas has built a new high-tech production factory in Nad Al Hamar which has a monthly capacity to produce up to 280kg of gold into jewellery pieces. The firm will use 200 craftsmen in the new facility that will also utilise 3D printing techniques.

Dubai-based GFH Capital, part of Bahrain’s Gulf Finance House, has sold its remaining 18% share in Leeds United FC to Massimo Cellino for an undisclosed fee. The firm had taken over control of the football club in 2012 that saw its then Deputy CEO, David Haigh, becoming its MD and board member.

Abraaj is reportedly interested in acquiring the Dubai campus of Middlesex University, in a deal that could be in excess of US$ 60 million. The facility, one of a raft of private universities in the country, is currently owned by several local investors and posted an EBITDA return last year of US$ 6.8 million.

The group also sold its share in Colombian grocery retailer, Koba, for an undisclosed fee, to US-based Capital Group Private Markets, after a six-year investment that has seen its chain of supermarkets grow from 40 to 500.

The latest indication from the UAE Ministry of Economy is that the country’s 2016 exports of goods and services will be 4.0% higher at US$ 354.2 billion.

A SICO Bahrain report indicates that Dubai’s debt, currently at 129% of GDP, requires close scrutiny amid fears that GREs (government-related entities) could face higher interest costs, as liquidity tightens. Public debt has been rising at an annual 8% over the past five years, with finance costs of US$ 600 million accounting for 5% of the emirate’s revenue. The report estimated that US$ 51 billion of debt is due to mature before the end of 2018.

With the recent redundancy of some 15 staff, Istithmar World, is reportedly operating with a ‘skeleton staff’, to oversee, with other Dubai government entities, the sale of its remaining assets, including the Dubai-moored QE2, along with stakes in investment bank Perella Weinberg and US retailer Barneys. The company was the investment arm of Dubai World which was badly hit by the GFC and later forced to enter a US$ 14.6 billion restructuring agreement with its creditors.

Brent crude lost some of the previous week’s US$ 4.54 gain – down US$ 3.40 to US$ 46.59; gold performed likewise, US$ 23 lower at US$ 1,318 at Thursday’s (15 September 2016) close. Of the two main drivers for the jump in oil prices, one was recent talk between Alexander Novak and Khalid al-Falih, in which Russia and Saudi Arabia discussed ways to stabilise the market. The other was the news that Libya will more than double production to 600k bpd within four weeks and to 950k by year end.

Over the past week, shares in Wells Fargo have lost over 7% in value, following allegations that staff opened a staggering 2 million customer accounts without their knowledge. Consequently, the bank lost its position as the largest bank by market capitalisation to JPMorgan Chase. The scandal, originating from a bid to meet internal sales targets (and subsequent bonus payments) has already cost the bank US$ 190 million in fines and 5.3k staff their jobs, including head of retail operations, Carrie Tolstedt; she received more than US$ 9 million in stock and cash last year and left in July holding 2.5 million shares, worth about US$ 1290 million.

Deutsche Bank AG is in final discussions with the US Department of Justice in relation to an on-going investigation into the sale of residential mortgage-backed securities. Germany’s largest bank, which has already paid out fines totalling US$ 9 billion for other fines and settlements, will probably have to settle for more than the US$ 2.4 billion Goldman Sachs penalty.

Following its “Apple success”, it seems that the EU has Ikea in its sights – checking on claims, by the Greens/EFA group in the European Parliament, whether the furniture retailer has been avoiding tax through illegal means. The company stated that it had paid US$ 924 million in global corporate tax. Meanwhile, its holding company, INGKA, now based in the Netherlands, reported a 7.1% hike in annual turnover to a record high US$ 38.4 billion, with expectations of a US$ 56.2 billion figure by 2020.

A minor blow for Airbus is that one of its customers, Malaysia Airlines Bhd, is looking to offload its six-fleet A-380s because they are now considered superfluous to requirements. The airline has requested that 90 extra seats be added, so that they would be more saleable to potential Asian buyers. The jumbos would be replaced by smaller A-350s on the longer routes. This week, Singapore Airlines, the A-380’s first customer, reported that it would not be extending its lease on the first plane on expiry next October; it currently has 19 in operation.

A more serious problem is the manufacturer’s problem with Qatar Airways and its A-320neo. The ME airline has refused to take delivery of the updated plane as it considered the jet and its engine do not meet contractual obligations. Chief Executive, Akbar Al Baker, has threatened to cancel the US$ 6.4 billion order for 80 of the single aisle planes. Qatar Airways has a further dispute in relation to the failure of Airbus to deliver 5 A-350s that has had a negative impact on this year’s airline profit figures.

As if to prove that it genuinely wants to boost growth, Chinese banks more than doubled, month on month, net new loans in August to over US$ 142 billion, whilst its M2 money supply was 11.4% higher, compared to a year earlier. However, the central bank is wary of cutting rates further, or depleting bank reserves, as many companies and financial institutions still prefer hoarding to investing funds.

The new Michel Temer government has announced a massive privatisation plan to help the ailing Brazilian economy that is in its worst recession in over 80 years. The new president, who took over from the disgraced Dilma Rousseff, will put four airports and two port terminals up for sale along with PPP plans for the mining and infrastructure sectors. He will have a tough job to turn around an economy that is expected to contract a further 4.3% this year, after losing 3.8% in 2015.

Prime Minister, Theresa May, has finally given the green light to the US$ 23.4 billion Hinkley Point nuclear power station – with “significant new safeguards”. With French (US$ 15.6 billion) and Chinese (US$ 7.8 billion) investment involved, the UK is keen to protect national security with a guarantee that the principal operator, EDF, cannot dispose of their stake without government approval and until the plant is built. On completion, 7% of the country’s energy will be from the Somerset location. Potential problem areas include China’s insistence that it uses its own design for future UK nuclear facilities (the first of which will be in Suffolk), the escalating costs associated with the project and the fact that EDF can sell energy at double the current market prices for a further 35 years.

It is no surprise to some that the Bank of England has had to revise its pre-Brexit gloomy growth forecasts, as the economy has performed better than expected. Whilst many predicted that the UK would fall off the economic cliff, and into inevitable recession, the fact is that signs all point in the opposite direction. With Q3 growth expected at 0.3%, unemployment falling (now at 4.9%) and retail sales improving, consumer confidence has bounced back. Yet again, the governor of the Bank of England, Mark Carney, was slightly out with his forecasting.

This week saw the end of David Cameron’s political career, as he resigned as MP for Witney. His losing the Brexit vote and the parliamentary report on Libya have surely tarnished Cameron’s legacy. The House of Commons foreign affairs committee condemned his chaotic Libyan intervention in 2011 and questioned his judgment in rushing to war, indicating that this was down to “erroneous assumptions”. Just like his two predecessors, Tony Blair and Gordon Brown, he must be thinking Where Did It All Go Wrong?

1 Response to Where Did It All Go Wrong?