Should Have Known Better! 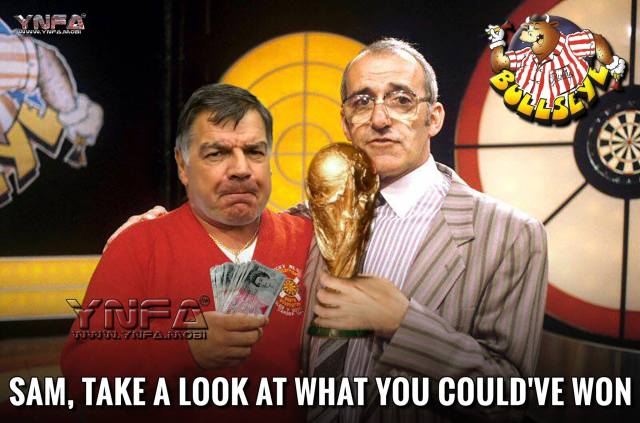 A decree by HH Sheikh Mohammed bin Rashid Al Maktoum has seen the formation of the board of the Emirates Global Centre for Accreditation. This is part of the government’s strategy to ensure Dubai’s position as an important driver in the global Islamic economy.

Yet another launch this week – SRG Holding’s US$ 191 million Marquise Square in Business Bay. 62% of the 384 apartments will be studios (selling at US$ 244k), with completion expected by Q4 2018. Dubai Properties will make 18 new buildings, currently 90% complete, in its Dubailand’s Remraam project available for lease The developer has already handed over 60 buildings and expects the remaining 1.44k units to be ready within 12 months.

Emaar Hospitality is planning to open a mixed-use hotel/serviced apartments property in JBR. The 290 mt high Address Jumeirah Resort + Spa will include a 182-key hotel, as well as serviced apartments and residential units which will go on sale shortly.

Starwood Hotels & Resorts Worldwide has signed an agreement with La Vender Real Estate to open a new Element hotel, expected to become the brand’s 4th in the fast-evolving Dubai market.

A CBRE report indicates that Dubai’s average warehouse rentals, over the past year, have remained largely flat, as consumer confidence, in the era of low oil prices, remains fragile. The study notes that although demand has remained steady, there is a lack of high quality warehousing in the emirate, as prices for class 1 industrial assets falling 15% over the past year.

Already owning two large Budapest hotels – The Ritz-Carlton and The InterContinental – the Al Habtoor Group is venturing into commercial property in the Hungarian capital. The Dubai-based conglomerate has acquired two office buildings in Dorottya Udvar and Deák.

Having sold over US$ 545 million of property this year, Dubai-based Tamleek Real Estate Co is planning to increase its current staff levels by 150% to 400 by year-end. The realtor mainly deals at the luxury end of the market.

Following the September opening of Jebel Ali School, its third local educational investment, Emirates Reit is to build the British Columbia Canadian School in DIP, in an 8-year sale and leaseback arrangement. Built on a 25k sq mt plot, with a 27.3 sq mt built up area, development costs will be in the region of US$ 24 million. The Dubai based real estate investment trust has allocated 25.5% of its portfolio, equivalent to US$ 193 million, to the burgeoning educational sector; it is estimated by some that Dubai will require 53 new schools over the next five years.

Further to the latest MasterCard Global Destinations Cities Index, Dubai, with 15.3 million overnight visitors, ranks 5th in the world; Bangkok and London take the first two places. However, the emirate won top spot – out of 132 cities – for visitor spending, which topped US$ 31.3 billion, way ahead of second place London’s US$ 19.8 billion.

The federal Ministry for Infrastructure Development has announced that the deadline for the GCC rail network has been pushed back three years to 2021.

Dubai Airport will soon boast another world record – this time being credited with 47 A-380 gates, the highest number of any global airport. The upgrade is expected to take two years to completion and will help the facility in its target of handling 118 million passengers within the next five years.

The 4-year old Careem is in discussions with investors for further fundraising, as it targets 2018 as the latest date it expects to make its first profit. The Dubai-based company, with 90k drivers operating in 32 MENA cities, has 4 million users and is bigger than its global rival Uber in some places. (Coincidentally, this week, Uber launched its meal delivery service in Dubai).

The UAE has gained one place to 16th in the latest World Economic Forum’s Global Competitiveness Report. Switzerland, Singapore and the US are ranked as the top three countries, whilst nations such as Australia (22), India (39) and South Africa (42) are in the UAE’s slipstream. (Yemen, Mauritania and Chad remain at the bottom of the 138-country table).

Abraaj Group has bought a significant minority shareholding in the Mexican footwear retailer, Capa de Ozono. The 25-year old company has 207 stores, 300 wholesale clients and is active in the regional online retail sector.

Locally listed Gulf General Investment Co is hoping to restructure its 6-year 2012 US$ 769 million debt facility as it faces liquidity problems resulting from slowing oil prices and lower asset values. The group is looking at extending the loan from its original 2018 deadline and restructuring pending payments of US$ 208 million due this year and others due over the next two years.

As widely expected, OPEC members agreed to cut total production by up to 700k bpd (to about 33 million bpd) whilst still allowing Iran to increase its share to pre sanction levels of about 3.6 million barrels. The agreement sees the bloc’s first oil cut since the GFC and is an attempt to boost the depressed price by curbing oil production. How long this will last remains to be seen but the market’s volatility is set to continue.

Having already bought back US$ 4.5 billion of its debt so far this year, Rio Tinto is planning a further US$ 3.9 billion purchase of its US$ bonds. The Australian miner lost US$ 866 million last year and is keen to cut costs.

First it was explosions of its Note 7 smartphones, now Samsung has been hit with reports from Australia and the US of exploding washing machines. The South Korean conglomerate has confirmed that it is in discussions with US consumer watchdogs following a lawsuit claiming that the manufacturer had known of the problems for years.

Deutsche Post DHL has continued its recent expansion drive by acquiring UK Mail, with its 25k customers and 50 sites, for US$ 318 million (equivalent to US$ 5.76 per share).

A recent UBS report confirmed what many analysts already knew – that realty prices in Vancouver, London, Stockholm and Sydney indicate that these cities are at great risk of a property bubble and a subsequent price collapse.

The WTO has finally faced a reality check, as it cuts its April global trade forecast of 2.8% to 1.7% for this year – its lowest growth since the GFC. For the first time this century, trade growth will lag behind GDP; recent averages have seen trade growing 1.5 times quicker but this year the trend will be reversed as growth will only be 80% that of economic expansion. The main drivers behind this apparent anomaly are increased national protectionism, a backlash against globalisation and lack of international trade deals.

RBS has agreed to pay US$ 1.1 billion to settle with the National Credit Union Administration Board over its misselling of toxic mortgage securities prior to the GFC. The bank’s current provision for outstanding claims (including US Department of Justice and the Federal Housing Finance Agency) totals US$ 3.8 billion: however, after last week’s ruling that saw the DoJ fine Deutsche Bank US$ 14 billion for the same misselling offence, this figure may not be enough to cover all claims.

Germany’s biggest lender, having already lost over 50% of its share value this year alone, saw a further 10% wiped off in the first two days of this week’s trading. The country’s second largest lender Commerzbank, 15% owned by the government, is planning to slash 19% of its current workforce (9.6k jobs) and cancel dividend payments for the first time ever in a bid to cut costs and improve profitability.

The former head of the IMF from 2004 – 2007, Rodrigo Rato, has joined 64 other Spanish bankers on trial for running an alleged credit card racket at Bankia bank, which was bailed out by the Spanish government in 2012. Some 200k small investors suffered losses at the time, as the defendants used credit cards over a decade for “unofficial” purposes.

His successor at the IMF Dominique Strauss-Kahn left the world body in 2011 under a cloud whilst the latest incumbent, Christine Lagarde, is due in court in December. She is on trial, accused of “negligence” over a US$ 315 million state award in damages made to Bernard Tapie when she was the French Finance Minister.

Graft and greed can be found in all walks of life but social media has made life easier for investigative reporters to uncover financial scandals and more difficult for perpetrators to conceal their misdemeanours. It appears that the latest to fall foul is Sam Allardyce, the England football manager, who Should Have Known Better!