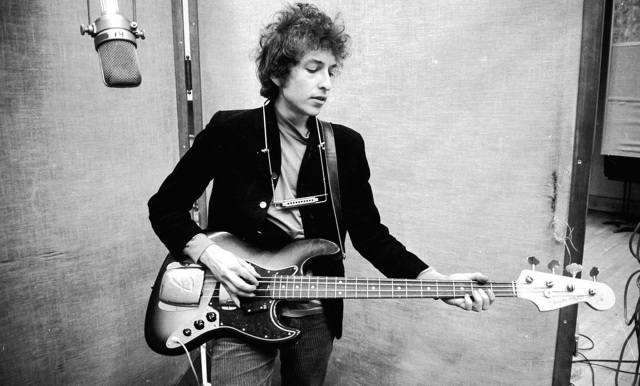 Yet another property report and this time slightly more bearish as Phidar Advisory indicate that, because of slow demand growth, prices and rents could continue to decline for the next 12 months. The study estimates that in Q3, apartment rentals and sale prices fell by 3.4% and 4.1% respectively, with villas also down 1.8% and 4.8%. The only agreement between this and other recent reports is the reasons for the slowdown – low oil prices, strong greenback and weak demand.

Dubai Properties has announced that the 12 km Marasi Business Bay promenade will open next month, at the same time as the US$ 272 million Dubai Water Canal. This is phase 1 of the project, to be completed within 6 years, following which the area will be full of waterfront restaurants and outlets, along with a new marina.

With the soft opening this week of The Westin Dubai in Al Habtoor City, Dubai saw its hotel portfolio reach 100k rooms. This figure is expected to grow by a further 34%, within two years, to 134k, with occupied room nights reaching 35.9 million by then.

The latest Core Savills report indicates that office rents have bottomed out after a year that saw rents dip up to 20%. The top performing office clusters are d3 and Barsha Heights, along with a JLT recovery. A recent revival from SMEs sees a renewed interest in smaller offices of up to 2k sq ft.

In line with other international carriers, Emirates has curtailed some of its Nigerian flights, as the country’s economy nosedives and its currency heads south; the official naira rate is 304 to the US$ whilst on the black market it is nearly 50% higher at 450. The problem for airlines are threefold – lower loads, fuel bills in US$ and passenger fares in naira. Similar problems will be prevalent in other African destinations so it could be just a matter of time before flights are pulled, with a negative impact on Emirates’ performance indicators.

DP World has injected a further US$ 50 million (bringing its total investment to US$ 160 million) in Hyperloop One, ahead of its Q1 2017 system testing. The US-based company is developing a futuristic transport network that utilises magnets to levitate pods, within a vacuum tube, resulting in people and cargo moving at speeds of 750 mph. Initially such a system would see containers being moved from Jebel Ali port to a new inland container depot in Dubai.

DP World and the Ukrainian government have signed an MoU to develop that country’s ports and logistics infrastructure, as well as a letter of intent to develop the port of Odessa’s tug and pilot boat services.

The UAE National Bureau of Statistics reported that the country’s August inflation rate dropped on an annual basis to 0.6% (month on month from 1.8% and year on year from 4.9%). Although housing/utility expenses (accounting for 39% of the “basket”) and foodstuff (14%) were both up by 2.7% and 1.7% respectively, the dramatic 12.1% fall in transport was the main factor behind the reduction.

The 5-day and 36th edition of Gitex Technology Week started on Sunday (16 October), with the mega event expected to draw in over 100k visitors, from 150 countries, and 4k exhibitors. A highlight of this year’s exhibition will be the hosting of the largest regional start-up event, involving 400 nascent tech companies from 60 countries. Smart Dubai will also be showcasing the latest technology that displays all the attributes of a Smart City that Dubai is rapidly becoming.

The impact of information and communications technology can be gleaned from the fact that 2015’s MEA growth was 5.1% and this year the total sector spend will top US$ 111 billion.

ENOC has decided to self-fund its US$ 1 billion Jebel Ali refinery expansion that will see daily production up 50% to 70k bpd by 2019. The state-owned company, which raised a 9-year US$ 1.5 billion loan last year, has already awarded the construction contract to Technip.

It is reported that the UAE government is planning a 10-year, 2.25% US$ 1 billion loan to Serbia, so that the troubled Balkan country can refinance existing debts, as well as to help with its 2.5% budget deficit.

Nakheel silenced some doomsayers this week announcing a 22.0% jump in Q3 profits to US$ 260 million and YTD by 8.3% to US$ 1.1 billion. The developer already has 2.3k units in various stages of work in progress and has invested US$ 10.9 billion in new developments, covering various hospitality, residential and retail projects.

Although revenue surged 95% to US$ 89 million, Saudi company, Emaar the Economic City, 33% owned by Emaar Properties, posted a Q3 US$ 22 million loss (compared to a US$ 2 million profit in the same period in 2015). Last month, the developer secured finance of US$ 720 million for the second phase of the King Abdullah Economic City – a project first mooted in 2005.

With the Q3 reporting season just starting, banks will be a major drag factor as slow lending and sinking deposits, because of the oil price, will see their earnings (and profits) heading south. The tightness in margins became more noticeable in Q2 and this quarter will see even more squeeze in the system.

Meanwhile, Emirates Islamic Bank came in with a US$ 8 million quarterly loss compared to a US$ 24 million profit a year earlier, as YTD profits plunged 80.1% to US$ 29 million. Its main drag factor was the 68.0% jump in impairment charges to US$ 261 million.

The Central Bank delivered worrying news for the SMEs (and for the economy) that banks are becoming less willing to lend to small and start up entities, whilst businesses are less keen to tap into bank finance, with the uncertainty about the local and global economy. This comes at a time when there are reports that HSBC has become the latest to be closing local company accounts.

Yahoo, which is in US$ 4.8 billion takeover discussions by Verizon, posted a doubling of quarterly profits to US$ 163 million, as Q3 revenue rose 8.3% to US$ 1.3 billion.

If the proposed merger between two of Australia’s biggest bookmakers, Tabcorp and Tatts Group, receives regulatory approval, the new entity will be worth US$ 7.1 billion. Gambling is big business, with the lucky country home to many unlucky punters – it is estimated that the country has the highest global gambling loss per head at US$ 1.13k.

On Monday, shares in Australia’s Crown Resorts dipped 11.8% to US$ 8.60 on news that Chinese authorities had detained 18 employees, following the government crackdown on corruption. The James Packer operation has three casinos in Macau – Altira, City of Dreams and Studio City – and seems to have fallen foul of the law by being involved in gambling crimes. Perhaps this will see Crown forming two entities – one covering domestic assets in Australia and the other international.

Japan’s second largest carmaker Nissan has paid a reported US$ 1.5 billion for a 34% stake in rival company Mitsubishi, thus becoming its biggest shareholder. It is ironic that Nissan uncovered the fuel efficiency scandal that has led to all the problems and commercial fallout for its new partner, whose shares have jumped 11% over the past two days, despite forecasting a US$ 2.3 billion loss for its March 2017 year-end.

Goldman Sachs returned a 57.9% surge in Q3 profit to US$ 2.1 billion, driven by improved trading performance in bonds, commodities and currencies. The US investment bank has slashed costs by US$ 700 million, whilst 1.9k staff (5.2%) have been retrenched. Unsurprisingly for a bank, payroll and bonuses have climbed 36.0% to US$ 3.2 billion!

For the fiscal year ending 30 September 2016, the US budget deficit has surged nearly 34% to US$ 587 billion, out of the total spend of US$ 3.85 trillion. This is better than the US$ 1 trillion 2009-2013 annual shortfalls but since then the deficit had been falling. Because of sluggish growth, the key indicator – debt to gross economic product – jumped 0.7% to 3.2%, indicating that public debt is becoming more of a problem just ahead of next month’s presidential election.

To date, the UK’s Big 4 – Barclays, HSBC, Lloyds and RBS – have set aside US$ 36.8 billion as compensation for their customers affected by PPI misselling. It seems likely that these banks will have to find a further US$ 2.5 billion to top up this provision that could be reflected in Q3 results.

In order to avail of a 3-year US$ 12 billion IMF loan, Egypt has had to source US$ 6 billion and has so far secured funding of US$ 3.6 billion from other sources. The country has many problems with its budget, including the fact that 31.4% of it goes to debt servicing and its wages bill has almost trebled to 24.7% of its total spend. Egypt has never fully recovered from its 2011 uprising and a slowdown in tourist numbers which has seen its currency weakening – the official rate is 8.8 pounds to the US$ whilst black market rates are almost double. Its foreign reserves currently stand at US$ 19.6 billion, compared to US$ 36 billion five years ago.

Saudi Arabia’s biggest ever bond deal, US$ 16.5 billion, (and the largest ever for an emerging economy) was over 4 times oversubscribed, with a book total of US$ 67 billion.

An indicator that China’s economy is returning to normality is the Q3 annualised growth of 6.7% – on par with the returns for the first two quarters of 2016. The world’s second largest economy has however seen worrying surges in an overheating property sector, with YTD sales increasing by 27.0%; this despite official attempts to cut back, so as to minimise the possibility the bursting of a real estate bubble.

Just to show how intransigent and bureaucratic the EU has become, it seems that a part of Belgium, Wallonia, can threaten the bloc’s 28-country trade treaty – Ceta – with Canada. Seven years of negotiations down the commercial drain!

Once again, ECB President, Mario Draghi, has failed to calm markets by delaying to address what will happen to the monthly US$ 87 billion QE programme after March 2017. He indicated that the euro area growth would remain subdued, not helped by the snail pace of much needed structural reforms and the sluggish global economy. Latest indicators show that growth is slowing (down 0.2% to 0.3% in Q3), with inflation up to 0.4% (still some way off the 2.0% target).

The CPI inflation has risen at its highest rate in two years – and this upward trend should continue when the full effect of the pound’s devaluation takes hold. Although September’s UK inflation rate of 1.0% surprised the market (0.6% in August), it is still only half of the official 2.0% target. Although some of the effects of the Brexit vote and the subsequent weakening of sterling are now making an impact, other drivers included higher clothing and transport costs. If the pound remains at its current low level, there is every chance that the 2.0% target will be reached by Q2 next year. Meanwhile, the average price of a UK house has risen 8.4% over the past twelve months to US$ 267k – and US$ 596k in London.

One sector that is benefitting from the falling currency is luxury goods, with a recent Deloitte report indicating that the UK has now become the world’s cheapest luxury market. A good example is Burberry reporting a 30% hike in UK sales for the quarter ending 30 September; tourists, especially from China and the US, are taking full advantage of sterling falling off the cliff.

A vocal Remain supporter, and now the UK Chancellor, Philip Hammond, has agreed that their “Project Fear” campaign had used assumptions that have now been proved invalid. The opportunistic politician has also questioned the validity of the government’s “immediate economic impact” study. It is argued that the models drawn up in May were not wrong at the time but as circumstances changed, the economy did not bomb as he – and many of the establishment (including the US president, the IMF head, former prime ministers and seemingly everyone except the Pope) – had strongly argued. It is somewhat ironic, or a sign of changing times, that anti-establishment Bob Dylan has been awarded the Nobel Prize for literature. Let me forget about today until tomorrow. Hey Mr Tambourine Man!