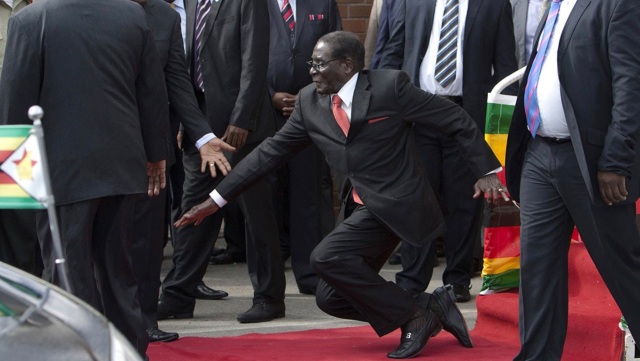 HH Sheikh Mohammed bin Rashid Al Maktoum has approved a new penal order system that will see Dubai Public Prosecution dealing with minor misdemeanours and offences – via fines – rather than through the court. The good news for many is such offences will now include bounced cheques of up to US$ 54k, non-payment of rents and defamation cases.

fäm Properties has reported that Q3 Dubai estate transactions and  sales of 19.9k units now account for more than 50% of the 39.5k total  – this is the first time since the 2008 GFC that this has happened.  In 2010, the ratio was at 88-12 of “ready” property to off-plan and since then this has continued to drop to its current level.

Before Wednesday, flydubai’s fleet stood at 61 planes, with a further 70 Boeing 737 MAX 8s due before 2023. The eight-year old budget airline, which serves 97 destinations in 44 countries, surprised everybody by placing a US$ 27 billion order for a further 225 aircraft.

This week did not start well for its rival Airbus that lost out with its A350 bid with the American plane being “the best option” for Emirates. The European conglomerate had earlier in the month offered a higher-density configuration plane but it had arrived too late for further consideration. The Dubai airline has also decided to stall any A380 orders, to add to its already 142 inventory, until Airbus makes firm commitments on its future.

By the end of the week, a smile had returned to the Airbus faces as it announced its largest ever single order – 430 A320neo, with a list price of US$ 49.5 billion – that will boost its order book that stood at only 290 aircraft at the end of October. The US Indigo Partners, whose airlines include Frontier (US), JetSmart (Chile), Volaris (Mexico) and Wizz Air (Hungary), hope to finalise the deal by the end of the year. (The aviation sector contributes so much to the Dubai economy accounting for 28% of its GDP, contributing US$ 22 billion to the economy, and 19% of the total workforce).

This week serves to show that so-called “experts” are not always right, with the general feeling being that this would be a lacklustre event. Over the five days, there was a record 79k visitors and total bookings were US$ 113.8 billion – almost three times more than the US$ 37.2 billion of orders signed at the 2015 show. (The aviation sector contributes so much to the Dubai economy accounting for 28% of its GDP, contributing US$ 22 billion to the economy, and 19% of the total workforce).

To expand the local development of financial technology, Dubai International Financial Centre has initiated a US$ 100 million FinTech-focused fund. The DIFC, recently ranked tenth in The Banker magazine’s annual international financial centres, estimates that this will leverage its FinTech ecosystem and enhance the future of finance in the region.

It has been announced that the upcoming Emaar Development, with a 22 November start date, will raise US$ 1.7 billion – higher than the 2014 Emaar Mall’s launch of US$ 1.6 billion. The share issue price will be US$ 1.64. It has recorded YTD revenue of US$ 1.77 billion, resulting in a profit of US$ 573 million.

Arabtec Holding recorded its third quarterly profit this year of US$ 5 million – a major turnaround following the US$ 61 million loss in Q3 2016; YTD, the company has posted a US$ 20 million profit, compared to a US$ 125 million deficit last year. Q3 and YTD revenue both headed north, by 5.9% to US$ 572 million and 3.2% to US$ 1.7 billion respectively; going forward, it has a project pipeline, totalling US$ 4.6 billion.

Because of the need to complete a capitalisation programme, and a US$ 136 million cash injection, Drake & Scull International posted a US$ 98 million Q3 loss due to a lack of liquidity; revenue totalled US$ 161 million, of which US$ 68 emanated from local operations. When some form of financial normality returns, and the ongoing debt restructuring is finalised, the firm hopes for an improvement in operational performance.

Following a US$ 9 million profit in the same period last year, Union Properties posted a Q3 loss of US$ 12 million, with revenue dropping 54.2% to US$ 32 million. The loss, attributable mainly to the winding down of its subsidiary Thermo, would have been greater if operating expenses had not fallen by 28.1% to US$ 44 million. During the period, the revamped developer unveiled a US$ 2.2 billion master plan for Motor City, comprising 44 high and low rise buildings and150 villas along with commercial, entertainment, hospitality and residential facilities.

Marka saw a quarter on quarter narrowing of its losses in Q3 from US$ 34 million to US$ 6 million, although revenue nudged 8.0% lower to US$ 6 million. The company expects results to improve with the introduction of a strict cost control program and major operational changes.

US-based investment firm, Harbour Energy, has had a US$ 67.2 billion bid for the Australian energy company Santos rejected; at the time of the August offer, shares were trading at US$ 3.54. By Thursday, its shares were 8.8% higher at US$ 3.85 from its August price and 13.0% up on the day.

Siemens announced that it will retrench 6.9k (50% in its home base, Germany) mainly in its fossil fuels division, as global demand for its large turbines has fallen. The conglomerate had already announced 6k job cuts in its wind power units. Its UK business is unlikely to be affected.

In a long-standing tax evasion case, involving assets of more than US$ 1.9 billion, by some of its clients, HSBC has agreed to settle with French authorities and pay a US$ 353 million fine. Europe’s largest bank had acknowledged “control weaknesses” and will be happy to see the case closed, although two of its former directors could still face legal action. Under new 2016 French legislation, it is allowed for companies to settle, without any finding of guilt.

Despite a dip in consumer spending, Japanese Q3 growth grew at a 1.4% annualised rate, driven by improving export figures (up 6.0%) and increasing global demand. This, the seventh consecutive quarterly expansion and the longest growth period since before the GFC, follows more than four years of economic stimulus by Prime Minister Shinzo Abe. However, even after the 2013 introduction of “Abenomics”, inflation is still weak and private consumption spending continues to soften.

Although month on month figures were slightly down, China is still performing better than analysts expected at the beginning of the year. Industrial output at 6.2% was 0.4% lower, retail sales 0.3% off at 10.0% and fixed asset investment posted a 0.2% decrease to 7.3%.

Whilst applauding the improvement in the European economy and that the recovery looks to be durable, the IMF did warn that a disruptive Brexit would have a negative impact and lower growth for both stakeholders – Europe and the UK. Driven by historic low interest rates and unprecedented central bank stimulus, there has been 18 quarters of growth, with latest figures indicating 2.5% for this year and even higher figures up to 3.0% for some eastern European countries.

Finally, the US House of Representatives has passed an overhaul of the US tax code that would slash corporate rates and be the biggest such legislation since 1986. Described by the President as a “big, beautiful Christmas present” for families, he hopes that the “simple, fair, and competitive tax code will be rocket fuel for our economy”. If successful, it would see corporates paying 20% tax (down from the current 35%) and significant changes on how overseas profits and payment from overseas subsidiaries are taxed. (Some significant US companies will be lobbying against these proposals).

It has taken a long time for the UN to accuse Myanmar’s government of ethnic cleansing as reports indicate that over 600k Rohingya refugees have fled on-going violence, mainly to Bangladesh, over the past three months. The country’s elected leader, Aung San Suu Kyi, has also been rightly criticised for alleged human rights abuses and the destruction of villages in the northern Rakhine state. Chevron has not escaped reproach as it has multibillion dollar energy investments in the country.

Africa’s richest woman, Isabel Dos Santos, the billionaire daughter of former President José Eduardo dos Santos, has been sacked as head of Sonangol, Angola’s state oil company. In September her father, who was Africa’s second longest-serving leader, stepped down after 37 years in power to be replaced by Joao Lourenco who has promised to tackle corruption.

Meanwhile the longest serving African leader, Robert Mugabe is reportedly under house arrest. The 93-year old has managed to wreak havoc on Zimbabwe’s economy and will be remembered for declaring inflation illegal in 2007 after the 59% inflation level in 2000 rose to 600% three years later and then to 1,200% in 2006 and 66,200% and 80 billion% over the next two years. He also reduced what was considered the continent’s breadbasket to a country relying on food imports as in the 1990s, he stripped white farmers of their land and handed it to members of the black population who, in many cases, had no farming experience.

Strangely, it was only last month that the World Health Organisation announced that it was making the African tyrant a “goodwill ambassador”! This century has seen the “enforced” downfall of the likes of Sadam and Gadaffi and the question has to be why it has taken so long to see the end of Mugabe. Far too late, this despot has finally become Yesterday’s Man.