Say What You Want 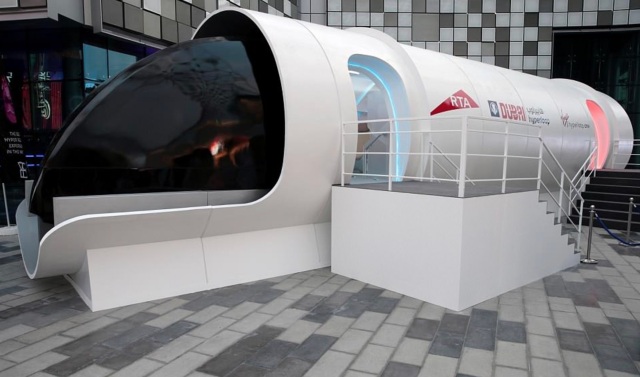 Azizi Developments has awarded Zahrat Al Safa Contracting two contracts (each valued at US$ 60 million) to construct Fawad Azizi and Mirwais Azizi in Dubai Healthcare City. The former will have 396 studio, 1-2 B/R apartments and the latter will house 383 units.

In a bid to reach its target of 500k medical tourists by 2020, Emirates Holidays and the Dubai Health Authority’s Health Tourism Council are to offer tailor-made health and wellness holiday packages for overseas visitors. The package will include return flights and stays in hotels with tailor-made premium health and wellness programmes; initially, two properties will be used for the trial – DNA Health at Madinat Jumeirah and Rayya Wellness Retreat by Sofitel.

In 2015, Al Ahli Group signed a global licensing deal with Twentieth Century Fox, allowing it to build four Fox parks anywhere outside the US. The first one, a four million sq ft area located adjacent to the Outlet Mall, scheduled to open in 2020 has now been shelved because of “a serious supply of theme parks in Dubai.” The company is planning to double the size of the famous discount mall to three million sq ft by the end of next year but has also expressed concern about the rising number of shopping centres in the area.

DP World and Richard Branson’s Virgin Hyperloop One are planning a global entity – DP World Cargospeed – to build high-speed cargo delivery systems. Despite the very high entry costs to create this revolutionary tube-based technology to deliver goods and link existing road, rail and air transport infrastructure, there are already interested parties in India, Saudi Arabia and the UAE. There are firm plans for a 142 km link between Pune and Mumbai and the company is confident of having three projects in progress by 2020; the first full super-fast rail network is expected to be in commercial use five years later.

Four-year old UK tech company, Quiqup is to launch its first international base in Dubai. Based in Al Qouz Logistics Park, the start-up, offering last-mile logistics services to retailers of all sizes and sectors, is currently working on a trail run with 125 local entities. Last year, Quiqup received US$ 28 million Series B funding to finance overseas expansion and expects to roll out across the GCC in the future.

Spinneys has opened its 52nd regional store (2.6k sq ft) at Terminal 1, Dubai International Airport. It is reported to be the first such airport outlet in the region and is part of the supermarket’s ambitious plan to grow by 40% in less than three years.

The Egyptian division of Emaar Properties is planning to invest over US$ 454 million to operate hotels in Marassi, which they are currently developing, including Al Alamein Hotel and Marassi Golf Resort and Spa. Emaar Misr expects the former to open this summer and the latter by 2020.

More locally, Emaar Hospitality has signed a Management Agreement with Shurooq (Sharjah Investment and Development Authority) to open the 100-room Vida Al Qasba Sharjah. Emaar Properties with its JV partner, Meraas Holding, have signed an agreement with RAK developer, Al Hamra, to manage a 250-key Rove Hotel, Manar Mall due to open in 2020 in that emirate. Rove Hotels already operate five properties in Dubai. No further details were readily available.

The UAE Cabinet has effectively cancelled VAT for investors in gold, diamond and precious metals in a move that is bound to stabilise the sector that was badly hit by its January introduction. Last year, the World Gold Council indicated that gold demand in the country was at its lowest level this century, with local estimates that Dubai wholesale gold jewellery sales fell over 50% in Q1, compared to the same period in 2017.

MaisonPrive expects to double the number of clients who use their services to rent residential units out to corporate and leisure guests on short-term stays. The company estimates that using their services can add over 30% to a user’s revenue and that, without the hassle of managing guests. This is one part of the hospitality sector that is booming, following a 2016 change in the law governing the leasing of holiday homes in the emirate.

MAF is to invest US$ 82 million in a Carrefour Regional Distribution Centre. Located in JAFZA’s National Industries Park, it will be four times larger than any other of the supermarket chain’s distribution centres and is a key factor in ensuring the brand’s regional growth plans become reality. It will also ensure that customers in their 90 UAE stores will have the freshest produce possible with its seven temperature zones within the facility.

It is reported that Mitsubishi Corporation has taken a minority stake in the locally-based halal frozen food company, Islami Foods, Dubai Cooperative Society. The company, which has the second largest market share in the frozen meat products in the country, hopes to tap into the Japanese conglomerate’s extensive regional distribution network. With this investment, the company is looking to double digit annual growth, whilst expanding its share of the global halal food sector that is expected to top US$ 1.7 trillion by 2020.

Itqan Investments – owned by Sheikh Hamad Al Sulaiman, Tamar VPower Energy Fund and CITIC Pacific – have bought the remaining shares in the Byrne Group, a leading regional supplier of rental equipment in a US$ 272 million deal. Over the past five years, Byrne has experienced 20% annual growth and the new owners could be looking at an IPO but probably no earlier than 2021.

Shuaa Capital has finally acquired Integrated Securities (IS) and Integrated Capital (IC), following regulatory approval that will see the firm with an additional 3k retail and institutional clients. The deal will see its assets under management grow to over US$ 1.2 billion and will give the Dubai-based firm an entrée into the burgeoning Egyptian market.

Shareholders of Drake & Scull International will consider increasing the company’s capital by US$ 136 million, via a new share issue, with a par value of US$ 0.341. A further option to issue convertible bonds (up to a value of US$ 272 million) is under consideration.

Transguard Group, with over 90% of the country’s ATM network business, posted a US$ 44 million annual profit to 31 March, on the back of a 22.0% hike in revenue to US$ 629 million. The business services provider saw its payroll increase by 16.9% to 64.8k. Last year, it launched its US$ 1 billion Centre of Excellence in Dubai Investment Park which is scheduled to train 100k Transguard staff by 2020.

Marka recorded its first ever quarterly profit since listing on the DFM in September 2014. Despite posting a 39.4% fall in revenue to US$ 5.4 million, it managed to slash operating costs by 91.8% to just US$ 0.7 million, compared to a year earlier. It posted a gross profit of US$ 3 million and slashed its operating loss from US$ 8 million to under US$ 1 million.

Nakheel reported a 5.0% hike in Q1 profit to US$ 422 million, during which time it handed over 200 properties and sold the remaining villas in its Warsan Village community of 934 homes. The developer also signed construction contracts totalling US$ 1.4 billion in the first three months of the year.

Etisalat announced a Q1 net profit of US$ 572 million, after payment of the federal royalty, on the back of a 5.0% increase in revenue to US$ 3.6 billion. Its global subscriber base was 3.0% higher at 144 million, including 12.9 million in its domestic market where revenue was higher at US$ 2.1 billion.

Emaar Malls announced a 1.7% increase in Q1 profit to US$ 149 million, as revenue rose 24.2% to US$ 283 attributable to the consolidation of Namshi revenue in 2018. The company’s malls recorded 95% occupancy levels in Q1 whilst its flagship, Dubai Malls, attracted 21 million visitors over the period.

Movenpick Hotels and Resorts, found in 1973, and 33% owned by Kingdom Holdings, has been acquired by AccorHotels in a deal valued at US$ 567 million. The Swiss-based hotel group currently has 84 properties in 27 countries, with plans for a further 42 by 2021. The French buyer, which already has brands such as Mercure, Novotel, Pullman and Raffles in its portfolio, recently sold a 55% interest in the subsidiary that owns its hotels to a group of international investors including the sovereign wealth funds of Saudi Arabia and Singapore for US$ 5.4 billion.

Public sector net borrowing (excluding public sector banks) in the UK recorded its lowest ever March level since 2004. The country’s budget deficit fell by US$ 1.1 billion to US$ 1.8 billion as public sector net debt stood at US$ 2.5 trillion, equivalent to 86.3% of GDP. The annual figure fell 7.6% to US$ 59.2 billion – the lowest annual net borrowing since the 2007 financial year.

Disappointing February returns showed that Japan’s all industry activity bounced back at a slower than expected rate, up by just 0.4%, month on month, after a 0.1% contraction in January. Although the construction activity index lost 0.3%, year on year, all industry activity growth fell to 1.1%, industrial production expanded 2.0 % over the month.

Germany recorded impressive construction figures for the first two months of the year, with new orders 9.0% higher than a year earlier.

Although still comparatively high, eurozone March unemployment rates have fallen from 9.4% to 8.5% over the past twelve months; this equates to its lowest level since December 2008. Eurozone unemployment stabilised at 8.5% (13.8 million) in March compared to February, recording the lowest figure since December 2008. The total number of unemployed in the larger 28-member EU bloc was 17.5 million. There was a wide variance between states with the Czech Republic, Malta and Germany returning the lowest number of unemployed at 2.2%, 3.3% and 3.4% respectively, whilst at the other end of the spectrum came Greece and Spain with 20.6% and 16.1%.

The US manufacturing sector had a strong April with a PMI reading 0.9 month on month rise to 56.5 – its highest increase since September 2014. The main drivers were an increased inflow of new orders and acceleration in goods production. Furthermore, both input prices and output charge inflation rose at their quickest rate since mid-2011.The level of outstanding business moved higher as a result of new order growth outstripping output expansion.

Inflation levels are edging ever closer to the Fed’s target, as US consumer spending rose 0.3% month on month to 2.0%. The three main factors behind the splurge in consumer spending continue to be the ever-tightening labour market, a jump in home prices and higher energy costs. The end result is an imminent rate hike probably of 0.25%, although key rates were kept on hold at 1.50% to 1.75% following this week’s Fed meeting.

President Trump has given a 30-day reprieve to the EU, Canada and Mexico on introducing controversial tariffs on steel (25%) and aluminium (10%); temporary exemptions that had been granted to these three parties in March were due to expire on Tuesday. Thus the dangers of a trade war have been averted until at least June. Meanwhile, a trade deal has been finalised with South Korea and Washington has “agreements in principle” with Argentina, Australia and Brazil. Despite his many critics, Donald Trump has tried to deliver what he promised to do before he became president – e.g. North Korean demilitarisation, Iran nuclear treaty, The Wall, Tax cuts, financial deregistration, TPP, climate change etc. He was voted in by the American voters and, unlike former incumbents, he has kept to many of his pre-election pledges – Say What You Want!