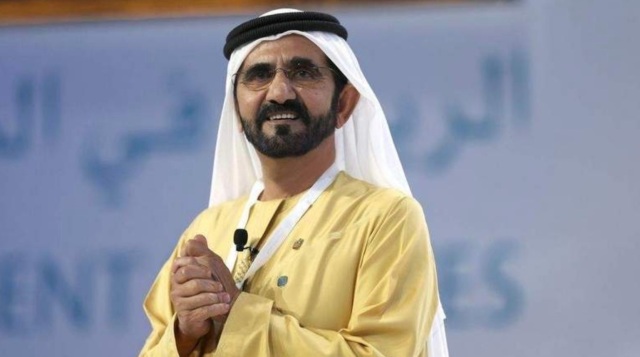 HH Sheikh Mohammed bin Rashid Al Maktoum has approved a US$ 8.7 billion nationwide project for the construction of 34k housing units for Emiratis over the next five years. He has also ordered that the value of the salary ceiling of beneficiaries obtaining support from the Sheikh Zayed Housing Programme be increased 50% to US$ 4.1k and the loan values be also raised by the same ratio to US$ 327 million. He again reiterated that “our first, second and third focus is on Emiratis, and we will not be sidetracked from ensuring a sound quality of life for all citizens.”

Property Finders estimate that some 47.5k residential units could be handed over this year alone; in the unlikely event that this were to happen, it will equate to almost the same number handed over in the three preceding years combined. This in turn would do nothing to improve the current soft prices, as the supply already in the market and the three-year supply line going forward far outnumber demand. However, if some action were taken on say reducing the 30% deposit and pumping more liquidity into the system, things may change a lot quicker than many would anticipate.

Also with a central park theme, Meraas plans a residential neighbourhood of twelve mid-rise residential buildings, with 187 1-4 B/R units, overlooking a 40k sq mt park. Central Park at City Walk, covering in total 230k sq mt, will include a number of “lifestyle amenities” and be located just a two-minute stroll from the City Walk complex

Sobha is planning to build its new HQ – a 60-storey tower on SZR, ready for completion by 2023.The project, costing US$ 190 million, will also include 6.5k sq mt of office and 1.9k sq mt of retail space, as well as 140 luxury residential units.

Construction has started on the new campus of Rochester Institute of Technology – Dubai in Silicon Oasis. Phase 1 of the total US$ 136 million project, encompassing 30k sq mt, will be completed within a year, whilst phase 2, at a cost of US$ 82 million, will be handed over by 2023. The facility will house up to 4k students and five colleges – Electrical Engineering and Computing, Mechanical and Industrial Engineering, Business Administration, Sciences, and Humanities.  There is no doubt that, with the likes of RIT opening a campus in Dubai, this will enhance the emirate’s position as a tech hotbed as well as one of the world’s leading innovation incubators.

MAF is to spend US$ 100 million (and one year) to revamp its original mega mall, Deira City Centre, more than twenty years after its opening. The investment is targeted at attracting new tenants and customers by adding numerous features such as escalators to the second floor, optimising flow of shoppers and a new food hall. The actual size of the shopping centre will remain unchanged.

Although still heading north the rate of increase has declined with Dubai welcoming 15.9 million visitors last year – up 0.8% on 2017. India and Saudi Arabia remain the two largest markets, providing 22.6% of that total with 2.0 million and 1.6 million. Even with a 5.5% decline in numbers, the UK provided 1.2 million guests. Government initiatives to attract more Chinese and Russian visitors are bearing fruit, with numbers rising 12% and 28% to 857k and 678k. Other data shows that there was an 8.0% hike in the number of rooms and apartments added to the 716 tourist establishments during the year to 116k, with a 76% occupancy rate.

Indian hotel chain, OYO, estimates that it added more rooms than the three largest hotel chains combined in 2018, to bring its total portfolio to 458k. No wonder then, having quadrupled its room numbers last year, it will soon become the world’s largest hotel chain soon, with a value run-rate of US$1.8 billion. Year on year, its total of room nights more than quintupled from 13 million to 75 million. The hospitality chain manages 12.5k rooms in the UAE and has welcomed 120k guests since its April 2018 opening.

Last year’s shipments of mobile phones to the GCC continued to head south, with the figure of 23.6 million 30.4% down on the market’s 2015 peak and 9.4% lower than in 2017. There are many factors behind the fall in numbers including continuous price increases, lengthening refresh cycles and economic uncertainty. With Saudi Arabia accounting for 54% of the market, UAE comes in second although its 2.4% decline in Q4 sales is much lower than the GCC average. Although Huawei is catching up fast (increasing its share of the market by 8%), Samsung and Apple still account for 56.0% of the market – 32.3% and 23.7% respectively.

The Department of Economic Development (DED) in Dubai has recorded a 20.1% hike in January new license numbers to over 2k; commercial and professional dominated, with 64.5% and 33.7% of the total. During the month, 25.1k licences were renewed, with Indians, Pakistanis and Egyptians the top three source markets. In 2018, 248.8k business registration and licensing transactions (an increase of 4.6%) were recorded in the Business Map digital platform of DED.

It is perhaps fitting that in the Year of Tolerance, thirteen national banks have come together to waive debts totalling US$ 98 million for 3.3k Emirati citizens. Jaber Mohammed Ghanem Al Suwaidi, the chairman of the Supreme Committee of the Debt Settlement Fund, said the move was aimed at promoting tolerance as a sustainable institutional practice.

There are reports that there could be a 30% public offering in shares of Emicool, currently wholly owned by Dubai Investments.

Emaar Malls has invested US$ 130 million to acquire the remaining 49% stake it does not currently own in Namshi from Global Fashion Group (GFG). The deal is seen as a natural progression for the mall developer, as it tries to play a major role in the future of the nascent regional e-commerce sector. The on-line retailer has an ever-expanding customer base, currently at 1.2 million, and had 2018 sales of US$ 231 million, 16% higher year on year, with a selection of over 700 brands.

By Thursday, 28 February, Brent, having jumped US$ 5.31 (8.6%) the previous fortnight slipped back US$ 0.91 (1.3%) to close on 66.03; gold also traded lower by US$ 12 (1.3%) to end the week on US$ 1,315; its short-lived honeymoon may be over. There is a possibility that Saudi Arabia will extend OPEC cuts until the end of the year which should stabilise prices but may not be to the liking of President Trump who has vowed to keep energy prices low.

Rio Tinto posted a 2.1% hike in annual underlying earnings to US$ 6.2 billion – its highest level since 2014. Investors were kept happy with a bumper dividend of US$ 2.8 billion, after a string of divestments in the year including the Grasberg copper mine in Indonesia and other non-core aluminium and coal assets. No wonder that its shares have already jumped almost 15% already YTD.

Nike will no longer sponsor title chasing Manchester City after Puma secured a ten-year deal thought to be worth US$ 850 million. It will be the German company’s biggest ever deal which includes a fixed retainer, a bonus based on sporting achievements and a royalty element. Nike still sponsor Chelsea, whilst Adidas’ deal with Manchester United is thought to be in the region of US$ 100 million per annum.

Rolls Royce continues to have apparent insurmountable problems with fixing its Trent 1000 engines. Having posted a US$ 5.1 billion profit in 2017, it recorded a pre-tax loss of US$ 3.98 billion, whilst taking a US$ 240 million charge after Airbus stopping production of its A-380 jumbo. Last year, the company said that it would take “some years” to fix problems with its Trent engine, which were wearing out faster than expected; increased the charge it had taken on fixing problems by 42.6% to US$ 1.0 billion. The UK engineering giant also withdrew its bid to supply an engine for a new mid-sized Boeing plane. The Derby-based company has some way to go before returning to its golden days

No doubt some will blame Brexit for the fact that UK car sales to China dipped for the eighth straight month in January – down 72%! (The Chinese market only accounts for 7.5% of exports). Year on year production was 18.2% lower at 121k vehicles, whilst exports slumped 21.4% to 94k.

The US President is confident of striking a deal with China to end their trade war and extend his previous 01 March deadline. Although the current impasse has disrupted commerce and spooked global growth, the further escalation, that would have occurred tomorrow when tariffs on US$ 200 billion worth of Chinese imports were to be raised from 10% to 25%, would have been little short of disastrous. The master of brinkmanship also plans to invite Chinese President Xi Jinping to his private Florida Mar-A-Lago residence for further discussions in March. For Donald Trump, it will be good to be Back Home Again!