Posted on December 3, 2012 by howesdubai 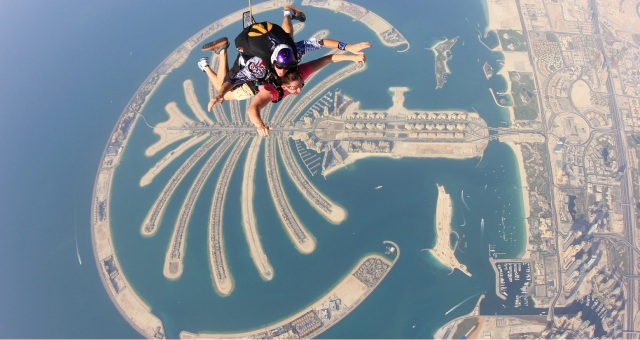 What a week for mega projects! First came the news of a multi-billion dollar development, dubbed Mohammed bin Rashid City, comprising the Mall of the World, which would overtake Dubai Mall as the largest on the planet, 100 hotels and a Universal Studios theme park, expected to attract 35 million visitors annually. It will also have a park 30% bigger than London’s Hyde Park. As yet there have been no cost details or timeframe but some analysts have indicated that the shopping mall itself could cost in excess of US$ 2.7 billion. The two developers named are Emaar and the government-owned Dubai Properties Group.

Then approval has been given for a US$ 2.7 billion development to establish five new theme parks, linked by shops and restaurants, in Jebel Ali. The Dubai Adventure Studios fun park will be the first phase, slated for completion in 2014, to be followed by Bollywood, water and marine life, children’s and night safari themed parks.

Also this week, HH Sheikh Mohammed bin Rashid Al Maktoum has ordered the implementation of phase 2 of JW Marriott Marquis costing US$ 680 million. Phase 1 of the tallest hotel in the world (at 355 metres) has been completed and the Dubai ruler expressed his satisfaction at the finished product and indicated that it would further enhance his emirate’s position as the leading hub in the region. Brookfield Multiplex, the company behind many of Dubai’s iconic buildings, including Emirates Towers, Grosvenor House and the Standard Chartered bank building, is responsible for building both towers.

As these types of projects are usually reliant on banks and capital markets, there may be some difficulty in raising the huge amounts of cash required. The global economic malaise, the lack of liquidity and the reluctance of many investors to buy off-plan will probably result in phased construction at a slower rate and in a more orderly fashion than what Dubai has seen in the recent past. However Hani Al Hamli, secretary general to the Dubai Economic Council, has indicated that the emirate will be able to internally fund some of the projects. (It must not be forgotten that Dubai government entities will have to repay US$ 9.4 billion in 2013 and US$ 31.0 billion in 2014 on maturing bonds and loans).

Emaar’s Saturday launch of its 253 CASA villas in Arabian ranches went without a hitch and was completely sold out within one hour of the strictly online registration process.

The hospitality sector continues to confound the Dubai doomsayers with October ADR increasing 13.2% to US$ 273 and RevPAR figures jumping 20.4% to US$ 225.

Already operating over twenty luxury properties, half of which are overseas, the Jumeirah Group has signed its first Indian contract to manage a 470-room hotel in Mumbai. In addition, it currently has a further fifteen properties under development.

The French group, Accor, indicated that it will be operating two new 350 room + hotels next year – one on the eastern crescent of Palm Jumeirah and the other in the Downtown area.

Even Dubai Duty Free is getting in on the act by posting record sales of US$ 1.3 billion for the first ten months of the year. This 11% jump in Revenue is attributable to many factors including the number of passengers using the airport with Indians accounting for 24% of sales and the Chinese 19%. At the same time, latest figures show that the world’s fourth largest airport saw traffic increase in October by 14.3% handling 4.92 million passengers with YTD numbers at 47.5 million – up 13.5% on the same period in 2011.

As part of the massive expansion plan at the airport, Bombardier Transportation signed a US$ 107 million contract to design and  construct an automated people mover connecting Terminal 1 with the new Concourse 4. The 1.5 km elevated system will be ready within two years and is part of the expansion plan to increase passenger capacity 50% to 90 million.

The jury is still out on whether the emirate is returning to its 2003 or 2008 roots. It is hoped that lessons have been learnt from the whirlwind days of the latter and that this new boom is more reminiscent of the earlier belle époque of pre-boom Dubai. There is no doubt that investor confidence has bounced back and that liquidity has returned to the market following the third anniversary of Dubai World’s bombshell announcement to renegotiate US$ 25 billion of debt.

However the economy is now growing at its fastest rate since 2007 and although there a few niggles along the way – such as somewhat reduced liquidity with banks still showing almost US$ 18 billion in provisions at the end of Q3 – the prognosis remains strong. Property prices have firmed, 10 year government bond yields are falling steadily and tourism is booming.

In the first half of the year, Dubai’s exports and re-exports reached US$ 39 billion with over US$ 21 billion traded in Q2. Sheikha Lubna Al Qasimi, the Foreign Trade Minister, has forecast UAE trade to grow by up to 15% this year following a 23% hike in 2011.

In a recent survey only four other cities – Jakarta, London, Miami and Nairobi joined Dubai (at 19.5%) in double digit growth in luxury real estate for the year ending 30 September 2012.

There is no doubt that Emirates must be the largest single sponsor of sports events in the world. They have just signed a US$ 240 million deal with Arsenal FC which gives them shirt naming rights through to 2019 and extends the naming of Emirates stadium to 2028. There are not too many major sporting events where the name of Emirates is not visible. On the local front, they have just been a major participant in the much acclaimed DP World golf tournament, won by Rory Mcllroy, and later this week they will be hosting the second leg of the World Sevens Rugby here in Dubai.

Another sporting event that will see more visitors heading to these shores is the World Sky Diving Championship that started on Wednesday and will conclude with a spectacular concert – starring Katy Perry and Usher – on 09 December. This comes on the back of J Lo’s sell out concert last week. (As if she were not paid enough for that appearance, it was reported that she picked up a further US$ 250k for opening a Dubai car showroom).

Just when the UAE has attained the top spot in a World Bank study that measures the ease of paying taxes, there is news from the same entity that a VAT system could be reality here within the next four years. It is expected that all six GCC countries will adopt a common approach and implementation could start as soon as 2014!  If the global economy does not pick up and oil revenues start stagnating, then some governments will have to use tax as a means of raising government finance.

However there was some relief to note that Dubai’s Deputy Ruler, Sheikh Hamdan bin Rashid Al Maktoum, was quoted that there were no plans to impose corporate taxes. He did say that VAT was under discussion within the GCC and, if introduced, would be in the 3% – 5% range.

With its tagline – “Connecting Minds and Creating the Future – Dubai’s bid to host the Expo 2020, on a huge 438 hectare site in Jebel Ali, is gaining momentum. The local delegation joined its four other competitors – Sao Paulo, Ayatthaya, Izmir and Ekaterinburg – in giving a twenty minute presentation pitch to the OECD in Paris. Next week, it has to present its completed dossier on the bid at which time more information would be made available. It will be another ten months before a winner is announced.

On the corporate front, Drake & Scull International, which deals in mechanical, electrical and plumbing works, announced three more overseas contracts – two in Qatar for US$ 26 million and a US$ 15 million order for a residential tower project in India.

Two of the major Dubai players, Emaar and the Al Habtoor Group, have agreed to collaborate on investment opportunities in Belarus. A joint team will soon travel to Minsk to study potential projects, particularly in the hospitality sector.

The local bourse only just arrested its recent losing streak with the Dubai Financial Market Index increasing 10 points over the week to close on Thursday at 1607. YTD, the index shows a healthy 18.81% upturn. The market will reopen on Tuesday following the National Day holiday.

No wonder then that Dubai is flavour of the month with many including the US bank, Citi, which has upgraded UAE’s growth for this year from its original estimate of 1.9% to an impressive 5.1%. The bank made their reassessment based on growth prospects in the construction and real estate sectors and follows the IMF’s October readjustment to 4%. Firm oil prices, along with major improvements in the hospitality, travel and real estate sectors, are major drivers in this surging consumer confidence.

Compare this to the OECD’s latest global forecasts which see the eurozone economy contracting by 0.1% (from a 0.9% growth estimate in June) and the US growing by 2.0% (down from 2.6%). However if the US jumps down its fiscal cliff – which will see automatic tax rises and public spending cuts in the region of US$ 600 – then the world’s number one economy will sink into recession.

Talks on a new seven year EU budget fell into disarray as the union displayed their national interests above those of the union. The foible of the EU is best demonstrated by the fact that the Brussels bureaucrats are looking to increase their US$ 1.3 trillion budget whilst all their individual members are having to cut spending and improve efficiency.

The Spanish banks have been handed a lifeline with a US$ 52 billion aid package from the European Stability Mechanism to overhaul its troubled banking sector. Four banks – Bankia, Catalunya, NGC and Banco de Valencia – will receive these funds whilst it will cost certain bondholders US$ 13 billion. There are other troubled banks awaiting more funds, probably within one month.

After the third meeting in Brussels in two weeks, a patched-up deal was cobbled together so that Greece could receive its latest tranche of US$ 44 billion of its bailout funds. Some of the attached conditions include:

These measures will save Greece a shed load of money – but their windfall will have to be largely met by other member countries of the bloc having to take substantial write-down on their bailout loans. Once again it seems that the troika – EU, ECB and IMF – are taking the easy way out and yet again delaying the inevitable.

Greece should do everybody a favour and emulate the skydivers currently in Dubai – Jump!