Send In the Clowns 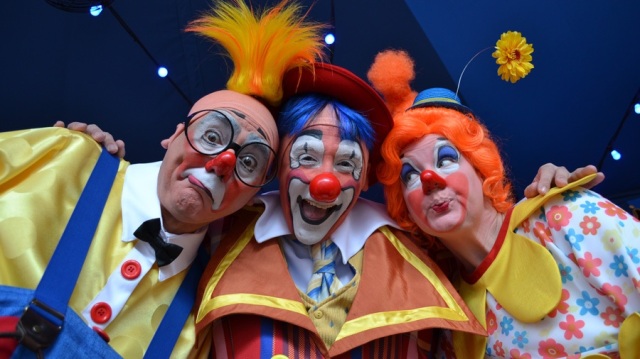 Only two weeks since the announcement of MBR City, its first project has been revealed. Dubai Hills, being developed by a JV between Emaar Properties and Dubai Holdings, will be on similar lines to the hugely successful Emirates Hills with sizable blocks of up to 30k sq ft. It will also have the obligatory 18-hole championship golf course, parks, retail outlets and schools and be located between Emirates Road and Al Khail Road.

With all the regional problems, it comes as no surprise to see Dubai as a safe haven especially for the HNWIs (high net worth individuals). With its booming economy, the emirate is proving a magnet for real estate investment with 40% going into residential, 40% hotel and leisure and 20% into commercial.

One of Canada’s largest property developers is planning to set up shop in Dubai. Empire Communities is hoping to develop iconic buildings in the city and is trying to take advantage of the upturn in the market here. Better late than never for the company that is building one of the tallest buildings in Canada – the 66-storey Eau de Soleil in Toronto.

Fears of another property bubble became a possibility with CBRE reporting that rents in some of Dubai’s more popular areas have risen 25% over the past twelve months. With only 36,000 new units slated to come on line within the next three years, some argue that this may not be enough supply to meet the demand from an ever growing population base. Indeed another report put Dubai as third in the world – after Moscow and Miami – for strongest performing property markets.

Flavour of the month seems to be the healthcare sector with Majid Al Futtaim the latest entrant. In a bid to meet the increasing local demand (from both Emiratis and expats) and the growing medical tourism market, MAF is planning to use its high profile shopping malls as a base for top end medical facilities.

On the aviation front, Dubai Aerospace Enterprise has cancelled half of its order for ten 747-8 freighters. It was in the halcyon days of 2007 that the company stunned the aviation world with orders of 200 aircraft with Boeing and Airbus, most of which have now been cancelled. DAE was formed in 2006 by several well-known entities, including the Investment Corporation of Dubai, DIFC Investments and Emaar.

Construction of the new US$ 136 million Emirates new flight training academy is set to commence in January and will be located at the new airport, Dubai World Central. The facility will be solely for the Emirates’ National Cadet Pilots and will have a capacity for 400 students. However, in the future, it could be used to train pilots from other carriers.

Next week will see the first trial of Dubai Airport’s Concourse 3, built at a cost of US$ 3.5 billion. This expansion will lift the airport’s capacity to 75 million passengers and will be 645 metres long and able to handle 20 aircraft – 18 380s and 2 777s. A further US$ 7.6 billion will be spent over the next four years which will see the airport able to cope with 90 million travellers.

This week, Dubai Exports signed a MoU with the Hong Kong Trade Development Council to increase trade between the two entrepôts. In the first nine months of 2012, bilateral trade has increased by 33% to US$ 7 billion with exports jumping 48% to US$ 3.5 billion and imports up 20% to US$ 3.2 billion.

The federal Minister of Economy, HE Sultan Al Mansouri, met with the ambassadors from 18 EU member states to discuss improving trade links. The minister would like the bloc to play ball and ease some tariffs on UAE goods and reconsider the planned carbon trading tax for airlines which will have a negative impact on both Emirates and Etihad. Furthermore the EU plans to remove the country from a list of countries who are currently beneficiaries of reduced tariffs.

Dubai’s Mina Rashid port was again voted as the world’s best cruiser port by the World Travel Association. On-going development will see the port expand to be in a position to cope with seven cruise ships simultaneously.

Not so good news for investors in the country’s two telecom operators – Etisalat and Du. The government has indicated that it will increase royalty fees – for example Du will have to 17.5% of their profit (from (15%) and 5% of revenue  as annual payments from this year.

The day of global censorship, control and government interference is fast approaching following a two week meeting in Dubai. Despite the fact that certain countries – including USA, UK, Australia, Canada and India – walked out, the World Conference for International Telecommunications agreed to update the 24 year old UN regulations giving countries a right to access international telecom services and to block spam.

Three Dubai banks received sobering news this week with a Moody’s downgrade because of concern about problem loans. Emirates NBD, CBD and Mashreqbank had long-term ratings lowered to Baa1 and all placed on negative outlook. As indicated in previous blogs, problem loans are at an unacceptable level of 15%+ – astronomically high when compared to the average GCC bank’s 6.1%. Evidently, the over exposure is primarily with stressed government entities and, although a reduction is expected in 2013, the problem may linger for somewhat longer. Latest lending figures show that the 3.2% UAE annual increase was about 20% of that of Saudi banks and point to the fact that this is a reason for local lending lethargy.

Shares in Emirates NBD fell this week following the downgrade. The actual DFM Index also fell on the week by 25 points closing the Thursday session at 1585.

HSBC were in the headlines for all the wrong reasons having confirmed that it had been hit by the largest ever penalty of US$ 1.92 billion. The fine, by US authorities, was the result of their role in transferring over US$ 7 billion cash – proceeds from illegal Mexican drug dealing. The bank has yet to settle with UK authorities.  Next week another bank, UBS is looking at a fine in the region of US$ 1 billion to settle Libor manipulation charges brought by authorities in both the US and UK.

Overseas positive economic news is almost non-existent. For example, Japan saw an annualised GDP contraction of 3.5% and fell into recession over Q3. With exports falling and domestic consumer confidence waning, it seems that the country has yet to hit the bottom with Nissan and Honda slashing their profit forecasts for March 2013 by 20%. The yen has fallen 3.6% in the past month alone.

One fact is certain – until the eurozone get their act together and start making tough decisions to resolve their huge economic mess, the whole world will suffer in tandem. The need for the eurozone to become more competitive and get back to real work has never been more apparent. One just has to look at the following statistic that epitomises the problem. In the past ten years, labour costs have gone up in these four countries by the following percentages: Ireland – 37, Portugal – 32, Italy – 31 and Germany 6!

Two events this week brought some light relief to Europe. Despite the continent being in one of its worst ever economic crisis and deep rifts emerging between the continent’s “haves” and “have nots”, the EC president, Jose Manuel Barroso, along with Herman van Rompuy and Martin Schulz, collected the Nobel Peace Prize for the EU!? Then former Italian Prime Minister Silvio Berlusconi announced that he was “sadly returning to public service”. Send in the Clowns.