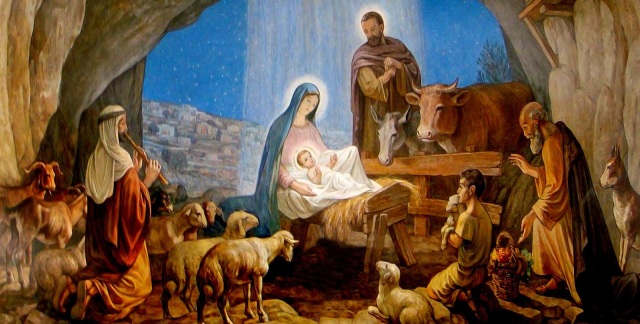 In a city of superlatives, it is not surprising to see that Dubai boasts ten of its constructions over 300 metres including the world’s highest building, shopping centre and hotel, viz., Burj Khalifa (828 metres), Princess Tower (414 metres) and JW Marriott Marquis Hotel (355 metres).

The scale of the recent expansion in new businesses setting up in Dubai is impressive. For example, Dubai Internet City has witnessed annual growth of 15% since 2008 with now more than 1,400 entities set up in this particular free zone. Last year, there were 166 new additions and this will be improved on in 2012. JAFZA is now home to over 6,800 companies which help to generate over 25% (US$ 69 billion) of Dubai’s total trade, 21% of its GDP and accounts for almost 50% of the emirate’s exports.

Last year, UAE’s industrial exports (excluding oil and gold bullion) showed a 16% rise from US$ 11.8 billion to US$ 13.7 billion. Figures also indicate that the fast growing manufacturing sector adds over US$ 27 billion whilst the country’s foreign trade in ceramics has risen by 45% with it now responsible for 60% of the global re-export trade.

Jebel Ali port has handled over 500k motor vehicles so far this year surpassing the previous record of 479k cars recorded just before the GFC in 2008. In the nine months ending September, the port handled 10 million TEUs (20 ft equivalent container units) – up 4.6% on the previous year.

With its current fleet of nearly 150 aircraft – and this number is set to double with new orders – Emirates are to build a new US$ 100 million engine maintenance facility. Khansaheb Engineering will be responsible for the 225k sq ft construction which should be in operation within eighteen months and require an additional 500 engineers to work on maintaining 300 engines a year.

The Australian authorities have given the initial green light for the Emirates / Qantas alliance which should be finalised by the end of Q1 2013. Despite some concern about reduced competition on certain routes, the Australian Competition and Consumer Commission (ACCC), concluded that benefits would far outweigh any concerns.

One good thing to come out of McDonalds is the waste cooking oil from which Dubai-based Neutral Fuels manage to convert to biodiesel. The company, based in Dubai Investment Park, has an annual capacity of 1 million litres. Its local operation has been so successful that it is now planning a process facility in Victoria, Australia, where it will have the waste from that state’s 211 McDonalds to convert to fuel for use by the fast food chain’s fleet of vehicles.

Gloria Hotels opened their 1,019 room Yasat Gloria property on Sheikh Zayed Road this week and when allied with its sister property, the 1,101 room Gloria, across the highway, makes it the largest hotel property in the region.

This week, one of the foremost luxury property developers, Damac, put 295 luxury serviced apartments up for sale in its The Distinction in the Downtown area. Being constructed by ANC Contracting, the project is slated for completion by 2015. The company was also joined by both Emaar and Nakheel who were also out looking for new buyers – the former launched its Sky Collection, a tranche of penthouses in its BLVD scheme, and the latter 90 villas in the Jumeirah Village Circle.

Overseas, Emaar is set to build the 73k sq mt Emaar Square in Istanbul and has just secured US$ 500 million bank finance for this development which will include a five star hotel, 1,000 villas and Turkey’s largest shopping mall.

DEWA has a US$ 10 million project to lay water transmission pipes at Al Khawaneej and Wadi al Amardi with the aim to meet the growing rise in water demand all over Dubai. It should be completed by the end of 2013.

Dubai Aluminium has announced a US$ 5 million investment in the Sheikh Mohammed bin Rashid Solar Park with phase 1 expected to produce 10 MW by the end of next year. Dubai Integrated Energy Strategy 2030 expects this figure to be ramped up to 1,000 MW by that date.

To further develop their infrastructure, Du has just signed a US$ 100 million loan agreement with Singapore’s DBS Bank. It is estimated that the Dubai-based telecom, 40% owned by the government, has already spent US$ 300 million in 2012 on network enhancements.

Thuraya, Dubai’s satellite phone company, is expecting at least a 10% surge in Revenue this year with even more business forecast in 2013. Etisalat owns 28% of this private company which operates two satellites covering most of the world, except for the Americas, and has over 200k subscribers, split evenly between data and voice.

Disturbing news for some parents came with the announcement by GEMS that it was planning to close its Westminster School as from June 2014. The owners have promised that it would give priority placements to the 4,800 exiled students in their other educational establishments, even though some are as far away as Ras Al Khaimah.

Another quite week on the Dubai Financial Market saw the Index edging higher to 1602 points – an increase of 17 from the Sunday opening of 1585. So far this year, the Index is up by18.32%.

Dubai’s second bourse, Nasdaq Dubai, which only has two listed companies, received a blow with news that Khalaf Al Habtoor had decided to postpone a planned IPO that would have seen his Al Habtoor Group raise up to US$ 1.6 billion by floating part of the company on that exchange. A valuation of US$ 6.06 billion by Grant Thornton excluded five overseas properties, several listed investments and their holding in Habtoor Leighton Group (HLG).

Interestingly, HLG is set to be the principal sponsor in the first Islamic Museum to be built in Australia. Expected to be the country’s centre for Islamic art, education and culture, Leighton Contractors envisage completing the building by 2014.

The Central Bank estimates that it will make a reduced US$ 820 million profit next year with revenues expected to reach over US$ 1.06 billion and expenditures in the region of US$ 240 million. This year the profit is expected to be in excess of US$ 1 billion.

Emirates NBD has laid out US$ 500 million to purchase the Egyptian arm of BNP Paribas, just days after Qatar National Bank spent US$ 2 billion for Société Générales operations in the same country. Time will tell whether this proves to be money well spent or the French knew something that the buyers did not.

Despite some banks – including HSBC, Deutsche Bank, Morgan Stanley and Credit Suisse – moving services away from Dubai to Qatar and elsewhere, Barclays have decided to boost its corporate banking operation here and wants to develop the emirate as the regional hub.

As intimated in a recent blog, UBS were in trouble again, this time with the authorities in three jurisdictions – USA, UK and Japan. For its unethical and immoral role in the interest rate manipulation, the Swiss bank will be fined US$ 1.6 billion. RBS is lining up behind with a possible fine of US$ 570 billion in the offing. The first bank to get into trouble was Barclays who in June agreed to settle on a fine of US$ 470 billion. These banks have been cooperative with investigators but other financial institutions have been less so and will not be treated as leniently.

Seeing these massive fines begs the question of who actually pays for these apparent fraudulent misdemeanours. The simple answer is the poor customer picks up the bill for the banks’ profligates, as can be seen by their continuing huge profits and fat cat pay packets.

Yet another country has cut its growth forecast; this time, India started the year expecting a 7.85% increase in its 2012 GDP, now slashed by 22% to 5.8% and even that figure may be problematic. Prior to the GFC, double digit expansion was the norm in a country that has never had growth at less than 6.5% over the past ten years. Some estimate that India has to grow at 8% just to keep its economic head above water.

Italy’s technocratic PM, Mario Monti, has resigned leaving a country worse off than when he took office 13 months ago, now with a smaller economy, higher taxes and rising unemployment. It is forecast that the country’s GDP will contract 2.1% this year and unemployment, currently at 11.1%, will continue at this damagingly high level.

After Italy, France is the next country to come under the spotlight. Recent growth has been sluggish – at 1.7% in 2011, an expected 0.2% this year and not much better in 2013. This means that Francois Hollande will miss his (and the eurozone’s rules) target of reducing public debt to 3% next year, with 4% being closer to the mark.

By the end of the week, it became apparent that House Speaker, John Boener, may well abandon a vote on “Plan B” which would then see the US teeter closer to the financial cliff. “Plan B” included extending the Bush-era tax cuts for all Americans, except those earning in excess of US$ 1 million. If no progress is made then the automatic tax hikes and spending cuts kick in on 01 January.

In Eastern Democratic Republic of Congo, Monusco, the UN-backed peacekeeping force, failed to stop the Rwanda-backed M23 from taking over the third largest city, Kisangani. In the past decade, it is estimated that at least 5.5 million people have died. The Syrian war continues unabated with at least 50,000 deaths and now there is the distinct prospect of chemical warfare. In the US, the last victims of the Newtown School massacre have been laid to rest and, if nothing is done about the US archaic gun laws, it will happen again. Silent Night, Holy Night. All is Calm, All is Bright. Some hope!