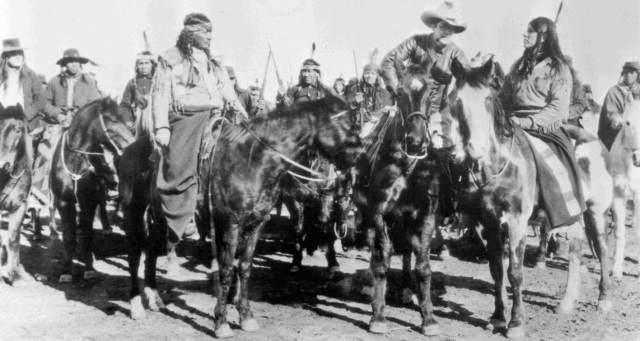 The impact that Emirates has on the local economy is staggering and the realty, retail, hospitality and trade sectors owe much of their recent success to the expansion, exploits and expertise of the local carrier. The aviation sector contributes US$ 22 billion, or 28%, to Dubai’s GDP. As the number of routes increases so do the number of employees, who require accommodation. There has been a tremendous growth not only in passenger numbers but also in the volume of travellers now stopping off in Dubai for a short break, boosting the takings of the malls, hotels and even Dubai Duty Free.

As passenger traffic at the airport is forecast to grow 13.1% this year to 57 million (with Emirates accounting for 60% of that total), it is little wonder that DDF is reaping the rewards. With 2012 Revenue expected to reach a record US$ 1.6 billion, with a 25% profit margin, the airport retailer continues to see double digit growth and with its retail space set to increase from 18k sq mt to 33k sq mt, it hopes to see its Revenue top US$ 3 billion within five years.

The annual Dubai Shopping Festival (DSF) – which this year ran from 05 January to 05 February – had 4.36 million visitors, who increased the emirate’s economy by US$ 4 billion, with shopping adding US$ 2.42 billion and accommodation US$ 0.76 billion – both marginally better than recorded in 2011. Although there was a 9.5% increase in visitor numbers, overall spending dropped by 2.6%. Of the 900k overseas visitors, 28% came from Europe, 23% GCC and 16% South Asia.

Retail accounts for 11.7% of all UAE’s GDP, having reached almost US$ 40 billion last year – the second largest contributor to the economy after petro-chemicals. No wonder then that the MAF-owned Dubai Mall, the world’s largest retail centre, claims that it has more annual visitors (50.2 million) than the whole of New York!

Following on last week’s announcement by Emaar that it was developing a retail outlet in Istanbul, MAF has announced that it is in discussions with Egypt’s Mansour Group to purchase its 70-store supermarket business, Metro, and discount groceries, Kheir Zaman, for US$ 300 million. Despite the political turmoil and a recent S & P downgrade, some investors have long term confidence in the Arab world’s largest populated country.

This week, HH Sheikh Mohammed bin Rashid Al Maktoum viewed plans of the 4 km waterfront development between the Creek and Hamriya Port. The US$ 816 million project was announced earlier in the year and includes six hotels, residential and commercial towers and a new fish market. He also reviewed the plans of the 2 km Business Bay Canal Project which will include a unique “hanging canal” over the metro track by Sheikh Zayed Highway.

Still struggling in Las Vegas is CityCenter, a US$ 8.5 billion JV between Dubai’s Infinity World (a subsidiary of Dubai World) and MGM Resorts. Opened three years ago, just as the city’s real estate imploded, the complex comprises a 4,000 room resort hotel, several other hotels, residential towers and a huge retail centre. The development was still in the red last year, with a Q4 loss of US$ 10 million, but it has just sold 427 homes for US$ 120 million which worked out at about US$ 300 per sq ft – up on last year – but still 50% off its 2006 peak.

Another questionable investment was by Istithmar – being its 2007 US$ 100 million purchase of the liner QE2, launched in 1969. Slated to become a floating hotel, it now seems that it may end up in a Chinese scrapyard, with a probable return to the owners of US$ 20 million.

DEWA continues in its on-going quest to maintain the efficiency of its networks and infrastructure. It has just activated a US$ 29 million 132/11kV substation at the Jebel Ali racecourse. A further 22 similar substations are currently under construction.

The country is synonymous with oil and in November, daily production was at 2.65 million barrels with Abu Dhabi producing over 90% of that total whilst Dubai pumps about 60k bpd. In other words, in eight days, the Abu Dhabi output surpasses that of the whole year for Dubai.

October Central Bank figures showed a 1.4% monthly rise in M1 money supply aggregate (all the banks’ current and call account balances) to US$ 80.0 billion. A slightly bigger percentage increase was seen in total bank deposits to US$ 316.7 billion whilst there was no change in total bank loans and advances which remained at US$ 30.0 billion. It appears that only 4% of total lending (compared to 15% in developed countries) ends up with SMEs – a figure that will have to improve as they comprise 95% of all businesses. There was also a minute reduction in the banks’ bad loan provisions to US$ 17.79 billion (from US$ 17.82 billion) – noted because it was the first decline since the GFC four years ago when provisions stood at a miserly US$ 5.36 billion. Of the 51 banks in the country, 23 are local.

2012 has seen borrowing costs drop significantly as Dubai got on top of its debt problem with prompt repayments and a certain amount of restructuring. 2013 debt repayment for the emirate will come in at a surprisingly low US$ 9 billion but the Dubai government entities will have to repay US$ 31.0 billion in 2014 on its maturing bonds and loans.

On the local bourse, the Dubai Financial Market Index closed the week on 1611 points – 9 points up on the Sunday opening in flat trading. As the year draws to a close, the Index has shown a 19% increase in 2012.

2012 has seen bankers replace lawyers as people’s bêtes noires but the latter are fighting back. In a US litigation claim, Toyota has agreed to pay an estimated settlement of US$ 1.4 billion in an automobile defect class action. It seems that the plaintiff lawyers will pick up US$ 200 million in fees and US$ 27 million in costs!

Greek lawyers (and doctors) were fingered in a recent ERU and IMF Report that highlighted the fact that the Greek crackdown on tax evaders had somewhat faltered and was well under the target set by its lenders. It was envisaged, that by September 2012, 1,300 suspected HNWI would have been audited and at least US$ 2.65 billion overdue tax collected. Not surprisingly the actual audits totalled 440 and US$ 1.45 billion collected. In urging a more robust approach to the problem, the lenders concluded that “doctors and lawyers are a good place to start”. Coincidentally the biggest tax debtor turned out to be OSE, the state run railway!

Corruption will never go away and a recent report from Global Financial Integrity claims that in the first decade of this millennium, the developing world lost a total of US$ 5.86 trillion to illicit financial activities, China was streets ahead of the rest of the world with an estimated loss of US$ 2.74 trillion with Mexico a distant second at US$476 billion. UAE trailed way behind at a comparatively paltry US$ 107 billion.

Globally, the economic position is at best shaky. In Japan, despite the Liberal Democratic Party winning a landslide victory in the lower house, the yen fell to a two-year low whilst the stock market went the other way and reached its highest level since March 2011. The hope is that the incoming Prime Minister, Shinzo Abe, will introduce more proactive fiscal and monetary policies to kick start an economy that has been lifeless for some time.

It seems likely that the US government will hit their tax ceiling of US$ 16.4 trillion by 31 December and if this amount is not raised before then US$ 600 billion in tax rises and spending cuts cannot be avoided. However it seems that this date could be pushed back by two months if certain measures – creating a further US$ 200 billion – are implemented on an interim basis. The rest of the world can see first-hand how a true democracy works!

One of the enigmas of this year is why Spain has not sought an ECB rescue despite 18 months of recession and unemployment edging over the 25% mark. How long that a request for a sovereign bailout can be avoided remains to be seen. Their case will not be helped by Italy’s political troubles, which have seen the demise of Prime Minister, Mario Monti, as there will be a contagion effect on Spain’s borrowing costs.

As Dubai races into 2013 – and has the reputation of being one of the more progressive places in the world – it does seem quaint that Etisalat has just announced its new telegram services charges. For those in the know, service to the rest of the world will now be fixed at US$ 2.72 plus US$ 0.41 per word. Marc Bolan may well be dead but evidently there is still life in Telegram Sam.