Islands in the Sun 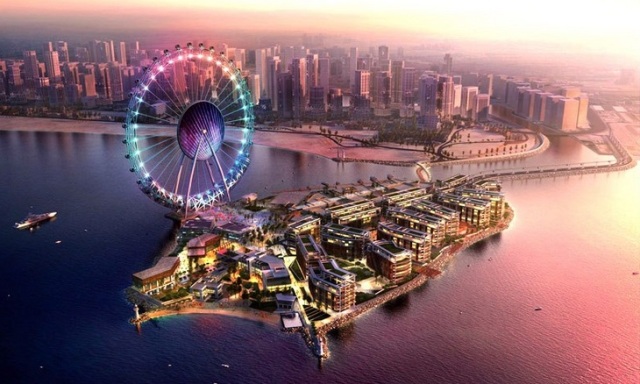 Some believe that there are only about 920k Emirati citizens in a UAE population of an estimated 8.3 million. Of more surprise is the local unemployment rate of 14% and this is why HH Sheikh Mohammed bin Rashid Al Maktoum is prioritising finding them employment opportunities. In a move to make the private sector more attractive for the nationals, the Minister of Labour, HE Saqr Ghobash, has been instructed to look at adjusting working hours, holidays and salary levels to bring them in line with the public sector, which is often seen as a softer employment option.

International confidence in Dubai (and the UAE) continues to improve as seen from the rapid increase of foreign direct investment. In 2010, the UN Conference on Trade and Development put the figure of FDI at US$ 5.5 billion which rose 39.6% to US$ 7.7 billion a year later. In 2012, the UAE attracted an estimated US$ 8.2 billion of FDI.

There was welcome news for Deira shoppers this week with Al Ghurair Centre commencing work on a US$ 545 million expansion plan. First opened in 1981, the mall is planning to double the size of its retail area and add a large entertainment zone.

In an effort to pay off short-term debt and finance new projects, Dubai’s largest investment company is arranging a US$ 273 million five-year Islamic bond (sukuk). Dubai Investments already has some thirty-two companies and is looking at a possible six more to add to their portfolio which would then see a large increase on this year’s profit compared to the 2012 return of US$ 87 million.

It comes as no surprise also to see that Nakheel is in discussions to restructure a US$ 2.2 billion loan, due for maturity in 2015. The debt-ridden developer was badly hit by the GFC and has struggled to recover but recent indicators could be seen as positive; these include a 2012 profit of US$ 545 million, delivery of 3,000 properties this year, a doubling in size of Dragon Mart and commencement of three major projects – two on Palm Jumeirah (Nakheel Mall and the Pointe) and a major expansion to Ibn Batuta Mall. It seems that there will be no further development on Palm Jebel Ali – at least in the short-term.

Meanwhile Cape Reed, a South African construction company, has announced that it has completed its work on Lebanon Island making it the first commercially developed island on Nakheel’s iconic The World. Located 4 km off-shore, the resort has a restaurant for 200, eight chalets, a swimming pool and, of course, its own beach. (Its original owner, Wakil Ahmed Azmi, sold the island last year for US$ 9.5 million incurring a loss of US$ 6.8 million).

There is yet another island project. This time, Dutch contracting company, Van Oord, has started work on a US$ 134 million dredging contract on Island 2 off Jumeirah. This should finish by the end of the year at which time work on the mixed-development of a boutique resort with low rise apartments and a marina can start in earnest. The island, which will be connected to Jumeirah Road by a 300 mt long bridge, will be developed by Meraas Holding – the same company that recently announced a US$ 1.63 billion plan for the ‘Bluewaters’ island project off JBR.

Union Properties had another bumpy year with a fall in Revenue from US$ 1.34 billion to US$ 447 million but a major turnaround in Net Profit from a 2011 loss of US$ 425 million to a profit of US$ 48 million. More detailed figures are not currently available.

Dubai-based Arabtec has been awarded a US$ 272 million contract to construct the Abu Dhabi Fairmont hotel and serviced apartments. Covering an area of 155k sq mt, the 39-storey building will comprise a 563-room hotel and 249 apartments and is slated for completion within thirty months.

Next week sees another huge exhibition taking place. Last year, Gulfood generated US$ 155 million for the Dubai economy and this year, with 4,200 exhibitors and up to 60,000 visitors, will prove even more rewarding for the emirate’s coffers. Australia, which will have the largest number of overseas exhibitors, has seen its food exports to the UAE almost double since 2008 to US$ 662 million accounting for 8.6% of the country’s food bill of US$ 7.68 billion.

Having set up a successful business park model in Dubai, Tecom Investments has been trying for some time to set up a similar Internet City in Kerala. As a result of the usual setbacks associated with start-ups in India, construction is now expected in Q2 with Phase 1 estimated to cost US$ 735 million. Despite potential hurdles facing overseas investors, such as a weak rupee, high inflation, tax issues and the fact that Indian growth this year may be its lowest for a decade, Tecom is confident of commercial success.

Another Tecom enterprise, Dubai Biotechnology and Research Park (DuBiotech) saw the number of companies increase by 46.5% to 126 last year. In 2012, its first manufacturing facility was opened with Pharmax Pharmaceuticals’ US$ 10.9 million factory. Brookfield Multiplex is currently building Forearmed Hall – the prep school for Repton – due to open in Q3 and become the Park’s first educational establishment.

Eurozone’s smallest economy is currently causing the bloc its biggest headache. Cyprus applied for international financial aid in Q3 2012 requesting some US$ 22 billion (US$ 12.5 billion to shore up its banks and the balance for its budget) – a drop in the ocean when compared to Greece’s IMF and EU bailout funds of US$ 323 billion. However any aid would see their debt skyrocket to 140% of GDP which would be contrary to Fund’s lending rules. If no help is forthcoming then the country would become bankrupt and that would really spook the already jittery markets.

There is increasing concern on the state of the French economy following President Francois Hollande’s acknowledgement that the country will miss its initial 2013 growth estimate of 0.8% for 2013. 2% would seem more likely with a possibility that eurozone’s second largest economy may even slip into recession. To make matters worse, the government has admitted that it will fail to cut this year’s public deficit to within 3% of GDP – the EU ceiling.

The Indian economy – Asia’s third largest – is going through a worrying phase and there is speculation that the country could see its debt downgraded to junk status. The market will be waiting on the outcome of the 28 February budget which will try and cut the fiscal deficit from 5.3% of GDP to 4.8% by encouraging FDI and reducing government spending.

A perusal of the currencies will see that a potential currency war is a distinct possibility with the latest skirmish being triggered by Japan. Their plan for monetary easing is to boost economic activity by reducing the yen’s value, causing much consternation among its trading partners. At the beginning of the week, the yen had fallen 15% against the greenback since November.  Following a G20 finance ministers’ weekend meeting a communiqué was issued stating their agreement that forex rates should be set by the market and not by any government intervention. Many believe that national interests will override as individual nations will boost their own economy even if it means upsetting others. John Donne’s poem, No Man is an Island, springs to mind.

Back in Dubai, island building is back in vogue and hopefully the emirate will not forget its desert heritage as it is quickly becoming better known for its Islands in the Sun.