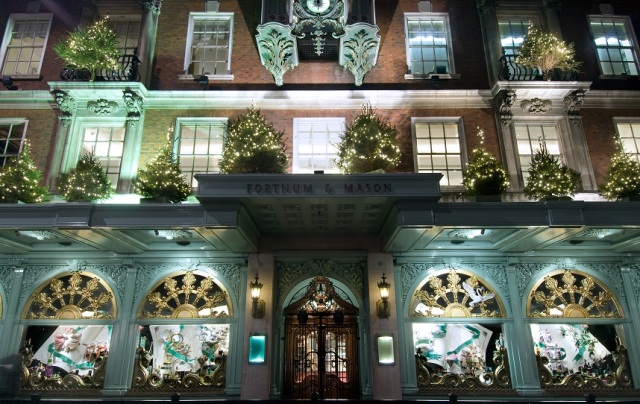 Amazingly, there were ten thousand applicants for the first viewing of Dubai Hills – a luxury development with villa prices reportedly starting at US$ 8.2 million! Emaar have selected just seventy to attend the first viewing on 08 December at a secret location in Dubai, when plans and pricing will be revealed. The project – a JV between Emaar and Meraas – will be limited to about 600 plots and will be part of phase 1 of Mohammed bin Rashid City.

As a direct result of Dubai’s successful bid for the 2020 Expo, Al Mazaya Holding is expected to invest over US$ 2.8 billion in real estate projects in the emirate. Last year, the Kuwait-based developer cut back on its activity here but now will concentrate up to 85% of their expenditure in Dubai.

Meanwhile, Nakheel has awarded contracts for construction of two projects on Palm Jumeirah. United National Engineering Company will build the 170-apartment Azure Residences for US$ 36.9 million whilst the building of the Club Vista Mare will be carried out by Al Ghurair Contracting & Engineering in a deal worth US$ 10.5 million.

Although still in its infancy, there are signs that on-line property auctions will become increasingly popular. For the first time, the Land Department is getting involved by releasing seventeen properties on their new, easily accessed, portal, eMart.

All is not well with the Flying Kangaroo as Qantas announced job cuts of 1,000 and issued a profit warning with indications that the half year loss could top US$ 270 million, It has been fighting, and now losing the battle on three fronts – high fuel costs, a strong dollar (although it has recently dropped 8.6% to just over AUD1 = US$ 0.9) and stiff competition, especially from Virgin. What Chief Executive Joyce must realise is that the other airlines also face a strong dollar and high fuel costs.

Still facing debt repayment problems, in the range of US$ 25 billion, Dubai World has sold Atlantis Palm Hotel to the Investment Corporation of Dubai for an undisclosed sum. Built in 2008, the hotel was a JV between Istithmar World and Kirzner International, before the latter sold their 50% share in April 2012.

Inchcape Shipping Services, bought in 2006 for US$ 285 million, by Istithmar World, a Dubai World subsidiary, is reportedly under investigation by US authorities for overcharging the US navy. Consequently, it has been suspended from any new contracts whilst investigations continue on work carried out since 2002.

Damac’s initial foray in the London capital market saw their global depository receipts (GDRs) priced at the lower end of the spectrum – US$ 12.25 – which valued the Dubai-based developer at US$ 2.65 billion. Although well down on some initial expectations, it still valued the company at US$ 2.65 billion and was the biggest UAE offering since DP’s 2007 sale of 20% of its equity for US$ 4.96 billion.

Arabtec Construction – along with Constructora San Jose SA – have won a US$ 1.2 billion contract to build the 719-bed Al Ain Hospital.

Fortnum & Mason is planning to open their first overseas store in Dubai in a franchise operation with Al Khayyat Investments. The iconic high-end store opened in London’s Piccadilly in 1707 and is known for its luxury products and services.

Yet another record was set by the Dubai Mercantile Exchange (DME) in November, with crude oil average daily volumes (ADV) of 7.5 million barrels. This represented an 80.0% jump on the same month last year and a 36.1% increase in ADVs, compared to 2012.

The HSBC local PMI (Purchasing Managers’ Index) jumped to a new high in November rising to 58.1 points. Any figure above 50 indicates economic expansion and, compared to most global economies, these results are spectacular.

Safi Qurashi, who spent US$ 60 million in 2008 for the United Kingdom on Nakheel’s The World, finally received justice when the Dubai court ordered his former partner (SD) to repay him US$ 10.9 million. The UK citizen spent three years in jail for security cheques that SD wrongly presented for payment that subsequently bounced.

After fifteen years of deliberation, there seems to be little chance of a common GCC currency. However there were unsubstantiated reports this week that four of the six-member bloc – Saudi Arabia, Kuwait, Qatar and Bahrain – may announce a common currency this month.

Speedy Hire has launched an internal enquiry into a US$ 8.2 million accounting irregularity that has seen the resignation of its CEO and the suspension of its Finance Director. The UK company supplies construction equipment in the region.

On the international front, Tommy Suharto, the son of Indonesia’s second president, has denied any involvement in an alleged US$ 20 million bribe from Rolls Royce. The UK’s Serious Fraud Squad is investigating that there was corrupt activity in the sale of RR engines to Garuda. Having lived there, I find this hard to believe!

Recent events seem to indicate that banks and corruption are synonymous. The EU has just fined six banks – including JP Morgan, RBS and Deutsche Bank – US$ 2.3 billion for fixing two global interest rate benchmarks – Libor and Eurobor. Surprisingly UBS and Barclays escaped punishment, despite being involved, because they both turned whistle-blowers.

It is interesting (and to some worrying) to know that the price of gold is fixed by five participating banks – Barclays, HSBC, Société Générale, Deutsche Bank and Scotia-Mocatta. The price is set twice a day (10.30am and 3.00pm).

This week gold  dipped to 5-month lows and some even expected the yellow metal to test the US$ 1,200 level on fears of the Fed cutting back on its third phase QE policy. It seems that gold will have fallen 30% by the end of this year (including a 5.4% drop last month) and almost 40% from its September 2012 high of US$ 1,920 – its first annual decline in thirteen years. By Thursday close, the price was US$ 1,230. As equity markets have surged, gold markets have tanked.

Latest eurozone data indicates that there is overall weak growth in the 17-couhtry bloc but a downturn in some of the southern countries, particularly France and Spain, continues to worry the markets. November’s PMI in France fell from 49.1 to 48.4 whilst Spain dropped below the 50 level – an indicator of economic contraction.

In a recent blog, HH Sheikh Mohammed bin Rashid Al Maktoum has invited all of UAE society to think collectively of creative solutions to education and health concerns in the country. Asking for ideas and suggestions, he wants every man, woman and child to join him and his cabinet in the biggest ever national brainstorm session. All Together Now!