Nobody Does It Better 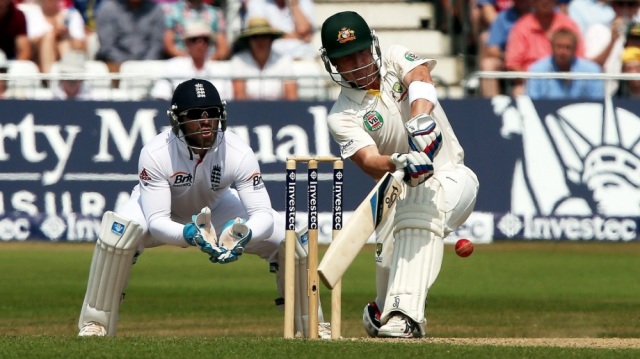 Early signs of the positive impact of Dubai Expo 2020 were evident this week. Marriott International announced plans to increase its number of rooms, over the next six years, to 10k from its current portfolio of 2.7k. Emaar Properties have signed an MoU with Dubai World Central to establish an urban and leisure destination at the centre of the proposed Expo location. Encompassing 13.6 million sq mt, there will also be a business park, along with the usual sporting and shopping centres. It is expected that this will be the forerunner of several similar world-class developments in Dubai’s new city.

Having issued US$ 4.5 billion worth of sukuks to date, Nakheel has just made a US$ 59.4 million profit payment. Since its last US$ 16 billion restructure in 2011, the government-owned developer has paid creditors US$ 354 million in interest and profit payments and US$ 3.0 billion to creditors. As its nine-month profit figure at the end of September was US$ 482 million, it seems there is a long way to go pay off all its debts.

Moody’s expects the UAE’s annual growth to average 4.8% over the next three years, as it maintained its country rating at a stable Aa2. It is becoming less dependent on hydrocarbons as its non-oil sectors continue to flourish with the economy being further helped by a low government debt ratio to GDP of 23%, excluding government-related enterprises (GREs). It is interesting to note that the debt level of Abu Dhabi’s GREs is greater than that of Dubai. Currently it is estimated that Dubai government’s direct debt is equivalent to 30% of its GDP whilst that of its GREs is 113%, making the outstanding debt at 143% of GDP.

The Director General of the Department of Economic Development, Sami Al Qamzi, is expecting tourist spend to reach US$ 9.0 billion over the next three years, as the current boom gains increasing traction. It is expected that retail sales will increase from US$ 27.2 billion to US$ 32.5 billion over the same period. These figures highlight the impact that the retail sector has on the local economy.

Two local hotel chains have announced overseas management contracts. Jumeirah Group has just signed a management agreement with Saraya Bandar Jissah to develop a two-hotel and residential complex on a 2.2 million sq mt site in Muscat. The resort, due to open in 2017, is a JV between the Dubai-based Saraya Holdings and Omran, part of Oman’s tourism ministry. Meanwhile, Jebel Ali Resorts and Hotels made their first foray away from Dubai as it signed to manage a luxury 10-villa beach resort in the Seychelles. The UAE is that country’s fifth biggest market which is set to grow at a faster rate than the current 10%, as both Emirates (twice daily) and Etihad (daily) fly into the capital, Mahe.

It was no surprise to see Habtoor Leighton Group being awarded a US$ 395 million contract to build the Residential Towers associated with the upcoming  US$ 3 billion Habtoor City development on SZR.

With over 12.9 million contracts, Dubai Gold and Commodities Exchange (DGCX) has witnessed a credible 51% surge in YTD selling. Most of the bourse’s dealings are involved with the Indian rupee futures trade which accounts for over 40% of the total global trade in that currency.

The need for more spending on infrastructure was brought home by the 48.6% increase in DEWA’s 2014 budget to US$ 5.6 billion with projects accounting for US$ 1.92 billion. Its existing capacity of 9.6 megawatts (MW) easily meets its current requirements (with the peak load this year of 6.9 MW) whilst it produces 470 million imperial gallons of desalinated water daily.

For the first nine months of the year, there have been 9.9% increases in both trade, to US$ 272.4 billion, and tourism numbers to 7.9 million. Both these major drivers in Dubai’s economic growth should see even bigger rises as the emirate readies itself for 2020. India (21%), Turkey (13%) and Switzerland (7%) were Dubai’s main export partners. It is no surprise to see that the country’s private sector has seen faster growth than any of the BRICS nations – Brazil, Russia, India, China and South Africa.

The Dubai Financial Market General Index continues to set a blistering pace closing on Thursday 6.9% up on the week at 3158 points. So far this year, the market has risen by 103.57% with bellwether stocks, Emaar and Arabtec, closing strongly at US$ 2.01 and 0.75 respectively.

Blackstone management certainly know how to earn money as they have more than doubled their initial 2007 US$ 6.4 billion investment in Hilton, the world’s largest hotel operator. With this week’s IPO, the company’s 76.2% shareholding is now valued in the region of US$ 15 billion.

Latest UK reports indicate that the economy is steaming ahead with 2014 growth forecasts being upped from August’s 2.2% to 2.7%, following this year’s expected 1.3% expansion. Many analysts see this as a property-led growth with little movement in exports, manufacturing and business investment, whilst the finance and insurance sectors still struggle. Unemployment levels continue to fall with the BoE target of 7.0% expected within the next eighteen months at which time there will be inevitable rises in interest rates.

Another week equals more banking scandals. Despite there being sanctions in place, the behemoth that is RBS flaunted the law by dealing with the likes of Sudan, Myanmar and Iran by assisting with bank transfers of around US$ 34 million. This week the US regulators fined the troubled bank US$ 100 million. In comparison, Lloyds Bank got off lightly with a US$ 45 million fine for selling unnecessary financial products to the value of US$ 3.2 billion to some 700k customers.

Visa and MasterCard have been fined US$ 5.7 billion in the US for fixing credit and debit card fees charged to merchants. There will be more headaches for these two companies as individual lawsuits have been taken out by some merchants, which will lead to further penalties.

Although its cricket team is enjoying an Indian summer, the Australian economy is showing signs of weakness, with November unemployment rising to 5.8%, some major energy projects facing delays and cost overhangs as well as Holden planning to stop vehicle production in the country.In WA, Chevron’s LNG project has seen a further 3.8% leakage in cost overruns to US$ 54 billion and start up delayed four months to the middle of 2015. This comes after a cost overrun that saw the December 2012 expenditure rise from US$ 37 billion to US$ 52 billion!

With Ford already committed to shutting its Australian business and now GM confirming the closure of its Holden assembly operations in Adelaide and its Melbourne engineering facility, it may result in Toyota quitting as well. If that were to happen, not only direct jobs (2,900 because of the Holden decision) but some 45,000 in the supply and support industries would be forced to close as a result. Because of the relatively high currency, its crippling labour rates, small market and a cut-back in government subsidies, it now seems that cars can be made cheaper in Japan.

New Year’s celebrations will once again put Dubai in the record books with what should be the world’s biggest ever pyrotechnic display. The 6-minute spectacular will cover most of the emirate’s coast, The World and Burj Khalifa and will use 450k fireworks and feature a musical soundtrack. It is bound to usurp Sydney as the number one viewing destination at the turn of this year; yet again when it comes to Dubai, Nobody Does It Better!