Only Fools Rush In 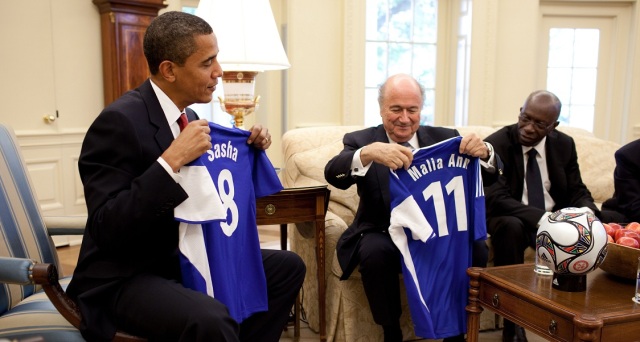 HH Sheikh Mohammed bin Rashid Al Maktoum has issued a decree appointing his son, the Crown Prince, HH Sheikh Hamdan, to head up the committee to supervise preparations for Expo 2020. His great uncle, HH Sheikh Ahmed bin Saeed Al Maktoum, president of the Department of Civil Aviation and Chairman of Emirates Airline, will be the chairman.

Emirates Cargo had a record 2013, with an 8% increase in revenue to US$ 2.8 billion and an impressive 16% rise in tonnage to 2.1 million tonnes, in a moribund sector where global increases were less than 2%. Not surprisingly, the airline, which operates ten B777 Fs and two B747s, is the world’s biggest in scheduled Freight Tonnes flown. The carrier is expected to move to Dubai World Central as from this April.

Qantas is becoming a harbinger of bad news as Moody’s downgrades its credit rating to junk status following S&P’s similar earlier decision. The immediate impact is that financing costs will increase adding to the airline’s woes that indicated a US$ 267 million half year loss plus the axing of one thousand jobs. It seems that last year’s partnership agreement with Emirates has failed to lift the carrier out of the doldrums.

Dubai Land Department’s Sultan bin Mejren has reportedly indicated that property prices in the emirate may increase by as much as 40% in 2014. Measures will be put in place to avoid any undue speculation and may include new regulations concerning properties sold on before they have been built.

As Dubai has more than fifty hotels – with 16.6k rooms – currently being built, it is no surprise to note that Rotana is planning to double the number of its UAE hotels over the next five years to sixty properties and over 17k rooms. Already with a presence in Dubai, the Hong Kong-based Shangri-La group is expected to open further hotels here and in the GCC. In similar expansion mode is Accor which plans to increase its UAE room inventory by 45% to 8k over the next two years.

With the global digital signage business worth around US$ 15 billion, there was much interest in this week’s SGI Dubai (Sign and Graphic Imaging) exhibition. In its 17th year, the 400-exhibitor show is expected to attract over 10k visitors from 75 countries.

Dubai Silicon Oasis announced the launch of the US$ 272 million  University Hospital – a combined medical and learning facility to be developed by the Saudi Dr Soliman Fakeeh Hospital. Covering 150 sq mt, the facility will be built in two phases, with the 300-bed hospital ready by 2017 and the college two years later. This will prove a welcome boost for the local economy on two fronts – creating 4k jobs and complementing the medical tourism sector which is growing at an annual rate of 15%.

Emaar are adding to the burgeoning Arabian Ranches with a further 219 Lila villas which follows closely on recent successful releases there such as CASA, Palma and Rosa. No doubt the offering will be sold out on their release this Saturday.

According to its Chairman, Ali Rashid Lootah, government-owned Nakheel plans to repay US$ 1.09 billion of its bank debt this year – 12 months ahead of schedule. This sends a strong signal to the market that the formerly troubled developer is on the road to recovery following its US$ 15.5 billion bailout in 2011. It was also revealed that the company is planning to spend US$ 1.28 billion in 2014 on new retail and hospitality projects, including four hotels.

Another government entity performing well is Dubai Investments which expects a massive 150% surge in its 2013 profits to around US$ 220 million.

Meanwhile Emirates Extrusion Factory, part of Dubai Investments, is spending US$ 3.5 million to enlarge its aluminium extrusion plant. The facility, located in Techno Park, is looking at expanding its exports which currently account for almost 70% of its production. UAE accounts for 35% of the GCC’s current demand of 500 metric tonnes.

Shareholders in the troubled Gulf Navigation have finally agreed to a rescue package that includes writing off accumulated losses of US$ 300 million, a US$ 130 million convertible bond sale as well as agreeing to the sale of two VLCC (very large crude carriers). Shares in the listed crude shipper slipped 6.9% following the announcement.

Dubai Mercantile Exchange (DME), with over sixty active traders, had a record year in 2013. The region’s leading commodities and energy futures exchange saw its premier product, Oman Crude Oil Futures contracts, up over 36% in 2013,trading over 1.6 billion barrels.

With an Islamic population of an estimated 1.6 billion, it is no surprise to see that Dubai Municipality is planning to establish an international accreditation centre, specifically targeting Halal food. The aim of the centre would be to issue compliance certificates once products have been found to comply with Islamic law and be acceptable on a global scale.

The Egyptian investment bank, EFG-Hermes, has sold the 7th floor of Index Tower to Emirates Reit, a US$ 327 million property investment trust, in return for a 4% stake in the trust fund. Last year, the company increased its capital base by a further 9%, with Emirates NBD taking 5%.

The Securities and Commodities Authority (SCA) is keen to tighten regulations in relation to unofficial lending to investors on the local bourses. It appears that over 75% of the forty-eight brokerages have no authority to offer margin trading which allows their clients to leverage their shareholdings. Initial fines will be up to US$ 27k.

Al Ansari Exchange estimate that last year, the 6.6 million UAE expatriates repatriated US$ 35.4 billion with India, Pakistan, Bangladesh and Philippines being the main beneficiaries. Saudi Arabia, home to some 9 million foreigners, saw over US$ 67 billion leave the kingdom. The other four countries of the GCC – Bahrain, Kuwait, Oman and Qatar – with almost 5 million expatriates saw remittances total almost US$ 28 billion.

Not before time, the UAE is set to launch the Al Etihad Credit Bureau which will allow consumer creditworthiness to be checked by financial institutions. The idea behind the scheme is that all banks will be able to access a database to verify online whether potential borrowers present a risk prior to extending any loan / credit card type facility.

After profit taking earlier in the week, the Dubai Financial Market General Index bounced back to close on 3505 points – 2.4% up from its Sunday opening. Bellwether stocks, Emaar and Arabtec, were trading at US$ 2.13 and US$ 0.79 respectively.

It has been a torrid twelve months for JP Morgan Chase. Having already paid US$ 18 billion in government penalties for various misdemeanours, it is set to settle with US authorities regarding its nefarious role in its dealings with Bernie Madoff. The reported US$ 1.7 billion fine will help the US’s biggest bank by assets avoid further government action. (Madoff ran a so-called Ponzi scheme and when he was busted in 2008, it was found that he had claimed that his company had US$ 65 billion in client assets whereas the true figure was closer to US$ 300 million).

Although unemployment remains the biggest problem facing the eurozone, as one in eight of the working population (or 19.24 million) remain without a job, another dilemma is the danger of deflation. December inflation rate fell to 0.8% which is worryingly low when compared to the target 2.0% rate. On the positive side, the 17-country bloc saw a 1.4% jump in retail sales – the fastest monthly increase in twelve years. Any revival in the economy this year will be at best muted and a meaningful recovery can only take place when more people get back to the workplace.

In contrast, the US has witnessed a December job growth of  a highly respectable 238k, following a revised 215k for November. Although most of the jobs were at the lower end of the scale, an economic recovery will be helped by reducing the jobless numbers.

The cronies running world football appear to be in some disagreement after FIFA’s Secretary General, Jerome Vaicke indicated that the 2022 Qatar World Cup would have to move to later in the year. With Sepp Blatter heading an apparent fiefdom of an organisation that seems to lack any transparency and corporate governance, two questions will have to be answered. How on earth did Qatar win the bid for a July event in the first place and why was the decision made four years earlier than normal? Only Fools Rush In!