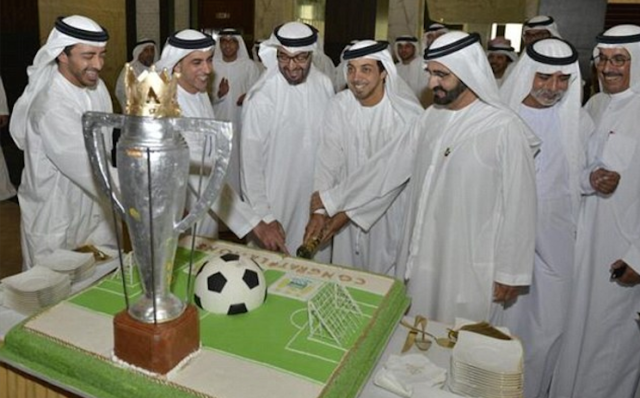 The Dubai Ruler has approved a US$ 545 million Creekside development by Meraas Holding, along a 1.8km stretch in the Al Fahidi area. The exciting project will take two years to complete and will include art galleries, a floating market, local handicrafts and restaurants. There is no doubt that this will become a cultural hub for the artisan community and will go some way towards Dubai’s target of becoming the most visited city in the world.

HH Sheikh Mohammed bin Rashid Al Maktoum has also sanctioned a US$ 2.18 billion, three-year expansion plan for the hospitality unit of Dubai Holding, Jumeirah Group. The hotel management company, already operating 22 hotels in eleven countries, expects to see a further 4.3k rooms  added to its portfolio before 2017, with a particular focus on GCC, Chinese and other Asian markets.

Jumeirah was also in the news when it was announced that the hotelier will manage the new 5-star 206-room hotel in Oman’s upcoming US$ 600 million tourist complex, Saraya Bandar Jissah. Another Dubai company, Leighton Middle East Contracting, will build the US$ 78 million hotel.

As part of its 28k sq mt Ibn Batuta expansion plan, which will add a further 150 outlets to the mall, Nakheel is building a 372-room hotel to be managed by the UK-based Premier Inn. The hotel will open within two years and will be linked by a pedestrian bridge to the Metro. The developer is also planning to build a further nine hotels in Dubai over the next five years.

Nakheel reported a 79.5% hike in Q1 profits to US$ 210 million, as revenue almost doubled to US$ 436 million. This year alone, it expects to deliver in excess of 4k units into the Dubai residential market.

It was announced earlier in the week that China State Corporation had won a US$ 105 million contract to build phase 2 of the Dubai Water Canal Project which will include two bridges over Al Wasl Rd and Beach Rd; these should be completed by the end of 2016. Work has already started on phase 1 which will see a sixteen lane bridge over SZR.

There is every possibility that Emaar and Dubai Municipality will develop a 53-hectare beachfront site in Al Mamzar – if a detailed feasibility study proves that the project would be viable. The development will be mixed use with residences, hotels, retail and restaurants built around water-based attractions.

Dubai Properties has launched the sale of 200 apartments in its Dubailand Remraam project, which ranges from studios to 3-bedroom units.

The same week it declared a 27.1% decline in Q1 net profit to US$ 12.5 million, Dubai-based Drake & Scull International has won a US$ 600 million Egyptian contract for construction and civil work on the US$ 5.0 billion Tahir Petroleum Corporation project, located at the Suez Canal entrance. On completion, the country’s first naphtha cracker will have the capacity to produce 1.4 million tonnes per annum of polyethylene and 0.9 million tonnes of propylene.

US equity firm, Clayton Dubilier & Rice has finally agreed terms with Dubai International Capital for the purchase of the German packaging company, Mauser, for US$ 1.7 billion. If the deal goes through, it will be one of the largest disposals by a government-related entity in recent times.

Investment Corporation of Dubai is again planning to make use of a favourable debt market by raising a further US$ 1 billion by way of a US$ 700 million sukuk and US$ 300 million 10-year conventional bond. In April, ICD raised US$ 750 million.

If the figures from Nissan are anything to go by, the local auto business is in rude health. The company claims that it has a 16% market share in the UAE and that its annual sales for the year ending 31 March were up 20% to 60k units. Based on these estimates, this puts total auto sales at 375k, beating the best ever year of 2008, when sales peaked at 350k.

Late Wednesday, the UAE was officially reclassified, by the MSCI, as an Emerging Market, from its former category of Frontier Market. In the global MSCI Emerging Markets Index, UAE accounts for 0.85% of its total which is expected to increase local market liquidity by over US$ 1 billion. In the MSCI UAE Index, Emaar Properties has a weighting of 20.08% with Aldar (16.02%) and DP World (13.84%), the other big players.

Prior to this news, the DFM had a flat week closing Wednesday on 5319 points having opened on Sunday on 5302. Bellwether stocks, Emaar and Arabtec, were trading at US$ 2.97 and 2.02 respectively. So far this year, the best performing global stock market has skyrocketed 57.83% from its January opening of 3370.

It seems that China may be facing the same problem that is causing concern in the eurozone – deflation. The country’s annual inflation rate dropped alarmingly in April from a March figure of 2.4% to 1.8% – much lower than the government target of 3.5%. The possible danger to the economy is that growth will slow as consumers tend to save rather than spend and companies pull back on future investment decisions.

There appears to be a banking crisis looming in Iran as reports indicate that the bad debt level in the banking system is 15.6% – or the equivalent of some US$ 33 billion. Most of the problems seem to have arisen during the eight years that Mahmoud Ahmadinejad was in power as the bad debt level in 2005 was less than US$ 3 billion. The incumbent president, Hassan Rouhani, has been left to clear up the mess.

The lucky country, that had survived the GFC better than most, appears to have run out of luck as the Australian government finally wakes up to some modicum of reality. This week’s budget plans to cut the public deficit by US$ 19 billion to US$ 28 billion by upping taxes and slashing spending, including inevitable job losses in an already bloated public sector. However, US$ 10.7 billion have been allocated to major infrastructure projects and almost US$ 20 billion will be spent in medical research funding.

Despite protestations to the contrary, it seems that the expected growth level in the US has yet to gain traction. The latest disappointing data sees April retail sales grow by only 0.1%, compared to 1.5% in March. This is an important indicator as nearly 70% of economic activity emanates from consumer spending.

This week saw the blue half of Manchester partying as the club, owned by HH Sheikh Mansour bin Zayed Al Nayahan won the EPL for the second time in three years. It was interesting to note that the Manchester City team were wearing bibs, before the game with West Ham, highlighting Dubai’s Expo 2020. And the celebration continued in Abu Dhabi with the pre-cabinet meeting photo of the three sheikhs – HH Sheikh Mohammed bin Rashid Al Maktoum, HH Sheikh Mohammed bin Zayed Al Nayahan and Sheikh Mansour – cutting the football cake.  Blue Moon.