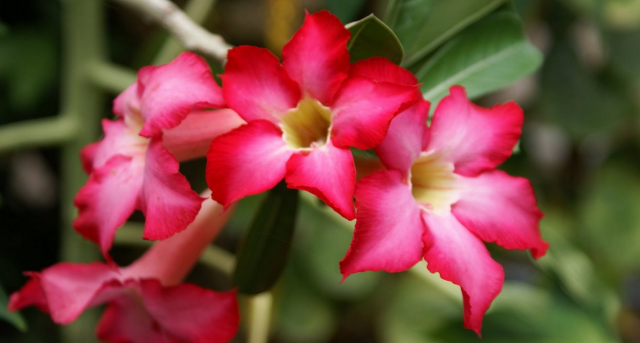 The Ruler launched the World Free Zones Organisation, attended by representatives from fourteen global free zones. The new body, with Dr Mohammed Al Zarooni as its first chairperson, will have its HQ in Dubai and will be open to any member nation of the UN.

According to a recent study by Frost & Sullivan, the UAE logistics sector accounts for almost 6% of the country’s GDP, with the market expected to expand from US$ 23.4 billion to almost U$ 27.0 billion over the next year.

Another sector expected to grow in the coming years is the often-maligned timeshare market. From an almost zero base now, the sector could well mushroom, as Dubai continues to establish itself as a world class business and tourist destination.

Currently the country has nearly 16.8k hotel rooms under construction, with roughly the same amount forecast to be completed by 2018. Most of the building is scheduled to be Dubai-based with the likes of the 863-room Westin Habtoor Palace, Damac Towers by Paramount (753 rooms) and Sheraton SZR (474 rooms), due to open within the next two years.

Dubai’s hospitality market is still strong with latest Q1 figures indicating 88%+ occupancy rates, along with rises of 7.5% to US$ 285 in ADR (Average Daily Rate) and 6.7% to US$ 251 in RevPAR (Revenue per Available Room). The results are even more impressive when comparing these with the region’s Occupancy – 75.1%, ADR – US$ 220 and RevPAR – US$ 165 as this was the best performing in the world.

Having recently announced its first foray into the hospitality sector with The Atria – a hotel and residential development in Business Bay – Deyaar has bought a 70k sq ft plot of land in Dubai Maritime City. The local developer will build a beachside project in the Marina District – an area designated for leisure and entertainment.

Meanwhile Standards and Poor’s has surprised nobody with news that the current property prices are almost in sync with 2008 levels. However, some may disagree with the rating agency’s finding of no major correction expected in the short term.

Marnum Dairy Farm, part of Dubai Investments, released plans for its expansion into the GCC market and subsequent doubling of its turnover over the next five years. The thirty year old company has seen a 133% growth over the past decade and  now manufactures not only milk but also yoghurt and juices,  with a 100 hectare facility on the Al Ain Road, housing over 3.5k Holstein cows.

It is reported that the former Chief Executive of GFH Capital Limited, David Haigh, has been arrested by Dubai Police for allegedly embezzling US$ 6.5 million. The company gained sporting fame with its December 2012 purchase of Leeds Football Club; not much later it sold 75% of the club to the flamboyant Italian businessman, Massimo Cellino, who subsequently fired Haigh, after he had resigned from GFHC.

Emirates REIT has paid US$ 32 million for Le Grande community mall in Dubai Marina. This comes a month after the sharia-based investment trust’s IPO which saw its valuation jump to US$ 354 million.

Etisalat has given up on plans to buy further shares in Maroc Telecom, only weeks after paying Vivendi US$ 5.7 billion for a 53% share in the Moroccan company. Interestingly, the company has listed its US$ 7 billion Global Medium Term Note on the Irish Stock Exchange with a Fitch stable rating of A+.

Two leading local property developers are considering listing on the Dubai Financial Market. Emaar is planning a listing of 25% of its highly successful malls business which will be worth in the region of US$ 2.5 billion. There are reports that Damac may well follow suit with a separate listing for its malls’ units.  Although this is good news for the local bourse, it may be an indication that international investors are still coy, when it comes to the local realty sector.

Last week, the DFM reported that foreign investors owned shares in the bourse totalling US$ 30.3 billion, with weekly purchases and sales running almost in tandem at around US$ 1.5 billion. The market itself had a roller coaster ride with shares up and down more than 5% on three separate days. The DFM opened on Sunday at 5181 points, finally falling 6.12% to close Thursday on 4864. Despite this correction, the exchange is still 47.48% up in 2014.

It was a difficult week for eBay as it suffered a major cyber-attack that affected 145 million of its users in February but only released details on Wednesday. Consequently the company will be facing the wrath of authorities on both sides of the Atlantic.

Barclays Bank is in the news again for all the wrong reasons. This time, one of its former traders, Daniel Plunkett, has been fined US$ 160k by the UK’s Financial Conduct Authority (FCA) and the bank US$ 43 million for trying to fix the price of gold. Incredibly, because they both settled their fines early, they were given a 30% discount! The trader booked a US$ 1.75 million profit for the bank by creating fake orders that saw the 28 June price of gold drop below US$ 1,558.96 thereby saving the financial institution from paying out US$ 3.9 million to a customer. One wonders if this was the only time the bank had carried out such fraudulent practice. (Barclays is one of four banks – along with HSBC, Scotiabank and Société Générale – that is involved in fixing the price of gold on a daily basis).

It seems that the Chinese are getting serious about fraud with this week’s death sentence on the ex-head of Sichuan Hanlong Group, Liu Han. Furthermore, US$ 14 billion of his family assets were seized by the court. The fact that he had  close links to Zhou Yongkang, China’s former security chief, could signal a wider and more serious crackdown by the authorities. Only last month, two leading party members from Sichuan were being investigated for corruption.

One of the biggest trade deals in history was signed this week between Russia and China – a 30 year, US$ 400 billion contract by which China will receive 38 billion cu mt of natural gas. Both countries will benefit from this arrangement – one by finding a new customer after their recent troubles in the Ukraine and the other by replacing its coal power stations with a much cleaner alternative. Any improvement in Sino-Russian dealings will have the opposite effect for both countries’ relationships with the West. That can only be bad news for the global economy as the balance of power shifts inexorably east.

Short-term, the political crises in Ukraine and Thailand will ensure that the global markets remain jittery. Economists will also be keeping a close eye on the new Indian administration of Narendra Modi and how the polls turn out in the European elections – both with the potential to have a negative economic impact on the world economy.

A week after endorsing the US$ 545 million Creekside development, HH Sheikh Mohammed bin Rashid Al Maktoum approved plans for Desert Rose – a sustainable city shaped like the flower it is named after. The smart residential city will be connected with the Dubai Metro by an electronic train and will have air conditioned pathways.  Two years after appearing at Meydan, Sting’s lyrics come to mind “I dream of rain, I dream of gardens in the desert sand” – Desert Rose.