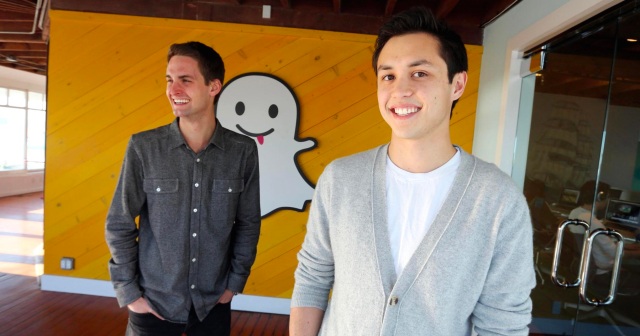 Dubai Properties has awarded a US$ 272 million contract to Dubai Contracting Company for the construction of 1/JBR – a 46-storey luxury tower; the development will include 161 2-4 bedroom apartments, along with several 5-bedrooom penthouses, with the average price for a 2-bedroom unit starting at US$ 1.47 million. Enabling work began last year and project completion is due by Q4 2019.

This week saw the launch of Plazzo Residence in Jumeirah Village Triangle. Prices for studios, 1-bedroom and 2-bed apartments will start at US$ 109k, US$ 191k and US$ 286k respectively.

Despite all its problems – including a strong greenback, Brexit and a Saudi economic slowdown – Dubai 2016 tourist numbers climbed 4.9% to 14.9 million, well on its way to hit its 20 million target by 2020. To reach this, it needs an annual 8% growth over the next four years – no doubt Expo will see this figure being surpassed.

In partnership with the Bin Haider Group, the Rezidor Hotel Group has announced that two Radisson Blu hotels will open in 2019, in addition to

a 432-key property on Dubai Waterfront, set to open by June 2017. The two hotels will be located in International Media Production Zone (and will have 356 rooms) and Dubai Studio City, with 290 keys.

Central Hotels expect to double its portfolio with the opening of three 4-star hotels this year – two on Palm Jumeirah and the third in Business Bay. This will bring the Dubai-based developer’s room total to 1.2k keys, all located in the emirate.

UAE-based Smartotels has announced the launch of its first flagship brand Form Hotel to be built in Dubai’s Al Jeddaf area. Although no financing details were available, the 143-room property will open in Q1 2018.

Dubai Chamber of Commerce and Industry’s head, Hamad Buamim, has a part-solution to assist the ailing retail sector – malls should consider reducing rent to compensate for a marked contraction in retailers’ turnover figures in 2016. The sector has also not been helped by the inflow of 260 sq mt of new retail space, (the highest annual volume in seven years), with a further 600k sq mt due to be released over the next two years. Furthermore e-commerce is on an upward curve and represents another problem for traditional retail outlets.

MAF is to spend US$ 90 million over the next year to upgrade its City Centre Mirdif car park, as it adds 1k new parking places and improves accessibility.

As expected, Emaar Properties has agreed a US$ 332 million settlement with Orient Insurance for the claim following the 2015 NYE fire at the Address Downtown Dubai.

The Al Shafar Group of Companies (ASGC) is planning to spend US$ 48 million to double the size of its steel fabrication plant in Dubai Industrial Park; US$ 27 million will be spent on building four new facilities, with the remaining US$ 21 million balance for new machinery. The project will take up to 18 months to complete, following which annual production will be ramped up by 30%, whilst the payroll will reach 2.3k. The Dubai-based family company has other construction interests including contracting, MEP, ready-mix concrete and a precast concrete factory.

Apple has announced the recall of 89k iPhone 6s in Dubai, manufactured in September/October 2015. The Chinese made phones have defective batteries but present no safety issues.

It is reported that the Dubai government is in the final throes of securing a seven-year US$ 3 billion syndicated loan to be used to part finance expansion at the new US$ 35 billion Al Maktoum International. On completion in 2028, the airport will have the capacity to handle 220 million passengers and 12 million tonnes of cargo every year. The government will also be looking for a further US$ 9.8 billion to finance the Expo 2020 site – US$ 7.0 billion – and the Dubai metro extension (US$ 2.8 billion).

In a bid to entice highly talented and better qualified talent to the country, the UAE cabinet has approved an integrated entry visa scheme. The country aims to be a global talent hub, with the first phase of the strategy focusing on educational, health and tourism visas.

According to a recent PwC report, the country will need a further 175k places in the K12 segment of which 90% will be placed by private schools. It estimates that Dubai will need an extra 50 schools to house the additional inflow of 74.5k students. Al Najad Education is keen to jump on the bandwagon and has plans to double its school/nursery student roll to 28k over the next two years. The Dubai-based education provider is expecting to invest up to US$ 150 million to further expand the business.

The latest Brand Finance Global 500 report indicates that the Emirates brand – having gained 170% the previous year – has shed 19.7% of its value to US$ 6.1 billion. This fall has seen the airline lose its premier regional spot to Saudi Telecom Company (valued at US$ 6.2 billion) as it moves down 83 places in the global ranking to 264th. Meanwhile, Etisalat, valued at US$ 5.5 billion, moved up 111 places to 293rd.

DP World announced that in 2016, gross container volumes expanded by 2.2% on a like-for-like basis and 3.2% up on a reported basis to 63.7 million twenty-foot equivalent units. Interestingly, in Q4, gross reported volumes climbed 6%, compared to the same period in 2015.

Dubai Customs and Dubai Trade have joined with IBM in an initiative to advance Dubai’s government blockchain strategy; one of its aims is to introduce a trade finance and logistics solution for the import and re-export process of goods that will see parties receiving real-time information.

Just to emphasise what everybody already knows, Colliers latest Cost Benchmarking report reiterated that cash flow remains the biggest issue facing the local construction sector, with sustained payment delays continuing to blight the industry. (Indeed, the French credit insurer, Coface, estimated that payments were delayed on average 123 days longer than the contracted payment schedule). However, some good news indicated that over the past two years, commodity pricing has remained flat although some items – including aggregate, concrete, glass and sanitary ware – headed north whilst the likes of cement, diesel, switches and timber fell.

Three-year old Dubai-based Emirates Reit has joined forces with RAK’s Al Hamra Real Estate Development and National Bonds to establish the country’s first residential real estate investment trust, comprising 500 units, 74% of which are in Ras Al Khaimah and the balance in Dubai. The value of the investment is US$ 141 million, split almost equally between property in Dubai and RAK. It is thought that a further US$ 141 million will be raised prior to the company being floated on a local bourse, possibly later in the year.

Although BP’s Q4 profits (measured by underlying replacement cost profit) more than doubled to US$ 400 million, the annual figure fell 56.3% to US$ 2.58 billion. The oil giant is still paying for the Deepwater Horizon accident and the US$ 799 million charge has brought the total cost to a massive US$ 62.6 billion. With that disaster almost finalised – and with oil prices nudging higher than the average US$ 44 last year – the oil giant can look forward to a more stable environment in 2017. It expects to spend up to US$ 17 billion in capital expenditure this year.

In line with most airlines, Ryanair posted a 7.8% fall in Q3 earnings to US$ 102 million, as fares fell (by 17%) in a highly competitive market, with surplus capacity; however, load factors did reach a record 95%. The company, with a market value of US$ 19.2 billion, still expects an annual profit of US$ 1.45 billion by the end of the next quarter.

Although its 2016 profits declined 2.7% to US$ 9.43 billion (including US$ 500 million in foreign exchange losses), GM posted a US$ 12 million profit in North America. Consequently, its US hourly paid workers will receive a US$ 12k bonus (based on US$ 1k for every US$ 1 billion of profit).

RBS, still 70% owned by the UK government, is planning a US$ 425 million bonus pay-out. This figure is well down on the US$ 1.8 billion pot of 2009 and 5% down on last year’s figure; however, it comes at a time when the bank is expected to announce one of its biggest losses since its 2008 government bailout. Indeed there are not too many companies that can afford to pay bonuses when losses are being made!

In Italy, UniCredit, having posted a massive US$ 12.6 billion 2016 loss, on the back of loan writes downs, started this week trying to raise US$ 13.9 billion to rebuild the bank’s capital base. It is little wonder that the three major shareholders, Capital Research (6.7%), Aabar (5%) and Black Rock (5%), have yet committed to exercise their rights; along with all other shareholders, failure to do so could result in a 70%+ dilution of their shares.  Under a December restructuring plan, UniCredit will have to offload US$ 18.9 billion in bad debts, as it cuts costs by retrenching 3.9k staff, with a further 10.1k to leave over the next two years.

This week, the IMF reiterated that it believes that Greece needs further debt relief from its creditors but remains unsure on which direction the country’s finances should take. This is in contrast to the eurozone who are reluctant to introduce another “hair-cut” on the current debt and wants Greece to work towards a 3.5% of GDP budget surplus, with the IMF maintaining the feasibility of a 1.5% surplus. The dispute will not go away and will continue to delay a further payment of US$ 92 billion bail-out funds – and could well impact on forthcoming elections, especially in Germany.

Despite President Trump saying the Pentagon’s most expensive defence programme was “out of control”, the Department of Defense has ordered a further batch of 90 F-35 jets from Lockheed Martin for US$ 95 million. Over the next three decades, it is expected that a further 2.4k planes will be bought.

Another busy week for President Trump – on Friday, he signed an executive order to scale back on the 2010 Dodd-Frank Act and some of its major regulations. The aim is to cut back on over-regulation in the financial services sector, introduced to counteract the banks’ shortfalls and failings culminating in the GFC. Not surprisingly, the ECB president, Mario Draghi, voiced his displeasure with Mr Trump’s actions, saying that a relaxation of banking rules is the “last thing we need”.

Improving data indicates that the doom and gloom messengers, espousing a sinking US economy following President Trump’s election, have once again been proved wrong. December new orders for manufactured goods jumped 1.3% (following a 2.3% November fall) whilst orders for non-durable goods were 3.1% higher. Also higher for the last month of the year were shipments of manufactured goods (by 2.2%) and inventories of manufactured goods by 0.1%. To top off the good news reading, January non-farm payroll employment was up to 227k, following an upward December revision to 175k. However, the annual rate of average hourly employee earnings growth slowed by 0.3% to 2.5% in January – this may be an indicator that the Fed will not be pushing for a rate increase until at least mid-year.

Co-founders, 26-year old Evan Spiegel and Bobby Murphy could be the big winners if their six-year old company, Snapchat, realises US$ 3 billion in the sale of a small percentage of shares which could value the messaging app at US$ 25 billion – and their stakes at US$ 5 billion. How can a company that recorded sales of only US$ 404 million and made a loss of US$ 515 million be worth that much money? Mama Weer All Crazee Now!