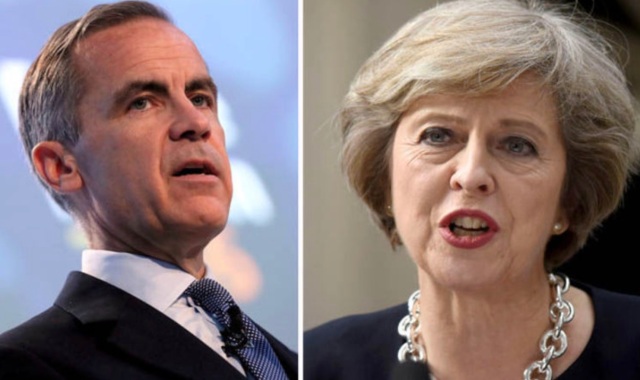 At the same time, the RTA has announced a US$ 872 million investment in projects, including the Red Line metro extension from Nakheel Harbour and Towers Station to the Expo 2020 site.

Azizi Developments has completed and handed over two of its Al Furjan projects – the US$ 65 million, 316-unit Candace Acacia and the US$ 60 million, 227 unit Candace Aster.

Dar Al Arkan is to build a 38-storey residential building on the Dubai Water Canal which will be designed by Roberto Cavalli. The I Love Florence Tower will be the Saudi Arabian company’s first foray in the Dubai market.

Gemini Property Developers has started construction on the 29-storey Symphony Tower in Business Bay. It will house 455 varying-sized apartments and will be the developer’s second luxury tower after its September launch of Splendor in Sobha Hartland community.

AccorHotels is planning a 434-key hotel in the One Central development area that is slated to open in 2020. The 25hours Hotel for Dubai is the first of the 12-year brand in the region and follows six properties already operating in Germany and Austria, with three more – in Cologne, Düsseldorf and Paris – due to open in 2018.

With the likes of Quorvus Collection, Radisson and Country Inns & Suites By Carlson in its 1.4k property, 18k room-portfolio, Carlson Rezidor Hotel Group is planning a 25% hike in hotel numbers to 1.8k and rooms to over 20k. The group, acquired by China’s HNA Group last December, is planning a further four next year in the UAE and seven more in 2019.

Dubai’s newest attraction, the US$ 270 million Dubai Safari Park had its soft opening this week and is a welcome replacement for the 50 year old Dubai Zoo in Jumeirah. The park, covering 119 hectares, is located in Al Warqaa 5.

Ably assisted by major exhibitions, including the Dubai Airshow, and the onset of winter weather, STR reported that Dubai November hotel demand rose 2.7% to record highs; however, earnings remained disappointing as average room rates were lower at US$ 205 and occupancy levels dipped 2.7% to 87.0%, as supply outstripped demand with Q2 posting a 3.2% increase of 2.5k rooms to a 80.4k total. It is expected that over the next two years, supply will increase by 16.2% to 93.4k and, in 2019, by 21.4% to 113.4k.

Business in Dubai Investment Park continues to grow as it reports a 36% hike, over the past nine months, in sub-leasing contracts. Of this total, 68% related to existing sub-tenants and the balance to new contracts; furthermore, warehousing, at 46%, and staff accommodation (35%) accounted for 81% of the business.

Having opened its first regional data centre in Dubai last year, in a 50:50 tie up with Meraas Holding, China’s Alibaba will open a second facility in 2018. With digital transformation rapidly growing, the need for more centres is obvious.  On a global scale, it is thought that Alibaba ranks third behind Amazon and Microsoft in the public cloud services market.

Dubai’s Souq has launched Amazon Global Store that will allow customers access to over one million products, supplementing the local online marketplace’s range, including apparel and fashion. In March, Amazon bought the Dubai site for a reported US$ 650 million and, in time, there will be many more items available for Dubai customers.

It is reported that Emaar Properties, in collaboration with Dubai Properties is in discussions with banks regarding a US$ 1.1 billion loan package for several projects including a shopping mall and a tower. Also this week and, as expected, the Emaar board has approved a US$ 1.1 billion dividend as a result of the proceeds from the recent Emaar Development IPO. 75% will be paid out in January and the balance following the AGM ion April.

Abraaj Capital was involved in two deals this week. It has acquired a minority stake in Tunisie Telecom, that country’s largest operator, from Emirates International Telecommunications. No financial details or the share size have been made available but it will represent the largest ever private equity investment in Tunisia and brings the Dubai-based firm’s number of investments there to ten. It had earlier paid US$ 14 million for a minority share in Biletall, a Turkish online travel agency.

Abu Dhabi’s recently opened US$ 1 billion Louvre gallery is now home to a US$ 450 million painting – Da Vinci’s painting of Christ. The work of art was sold at a record price in New York and the emirate’s Department of Culture and Tourism has confirmed that it had acquired it, although earlier reports indicated that the buyer was a Saudi Prince.

There have been two major deals involving UK shopping centres. Last week, Hammerson, the owner of Birmingham’s Bullring made a US$ 4.6 billion offer to buy Intu which has Manchester’s Arndale Centre in its portfolio. Now the French property group Unibail-Rodamco is planning to spend US$ 24.7 billion to acquire the Australian Westfield Corporation which owns 35 shopping centres in the UK and US.

Just as John Leahy – the man responsible for the sale of more than 16k aircraft, valued at over US$ 1 billion – Airbus has been rocked by news that both their chief executive and COO will be leaving; Tom Enders will not seek reelection in 2019 and Fabrice Bregier will stand down in February. This seems to be the culmination of an internal power struggle taking place at the same as the European manufacturer is losing ground to arch rival Boeing.

Walt Disney has agreed to buy the bulk of 21st Century Fox’s business, including its film and television studios, regional sports network and 39% of the satellite broadcaster, Sky. Fox, run by 86-year old Rupert Murdoch, will form a news-focused company with its remaining assets but, along with other Fox shareholders, will also acquire 25% of the enlarged Disney group. The US$ 52.4 billion mega deal will also see Disney assume US$ 13.7 billion of Fox’s debt. The sale will finally give Disney access to millions of new customers and it can now complete with the likes of Amazon, Apple and Google on a level media business playing field.

It is reported that expat remittances out of the country continues to expand. One of the top four receiving countries, from the UAE, is Pakistan and interestingly it is that country’s second main source of income after exports. About half of its US$ 20 billion remittances are derived from the Gulf. On Monday, the rupee lost 5% in value after the Central Bank withdrew support of the currency and with this decline the value of remittances is expected to increase in the coming days.

Alibaba is again investing in the Indian e-commerce sector, funding 71.4% of a US$ 280 million start-up in the country’s largest online supermarket, Bigbasket. It had earlier been in investment discussions with Amazon but it now seems that the Chinese e-commerce giant is the Bangalore-based grocery’s favoured suiter. Alibaba has already invested in the Indian digital payment company, One97 Communications Ltd, whilst Amazon’s Jeff Bezos has vowed to invest US$ 5 billion in the country

November data sees China’s exports surprising the market by an impressive 12.3% year on year hike (compared to market expectations of 5.9%). On the other hand, imports were up 17.7%, with the market expecting 13.0%, resulting in a US$ 40.2 billion trade surplus.

As Japan’s Q3 GDP has been seasonally adjusted to 0.7%, compared to 0.6% in the previous quarter, GDP on an annual basis is now at 2.5% – well up on previous expectations of 1.5%. The once-flagging economy has now expanded in the past seven quarters. Meanwhile its current account surplus is 40.7% higher, year on year, at US$ 193 billion. Both exports and imports showed marked annual increases – by 14.3% to US$ 583 billion and 18.5% to US$ 545 billion

At its Wednesday meeting, the Federal Reserve chose to move its benchmark lending rate (for the third time in 2017) up 0.25% to 1.5%.  It has made indications that there could be three similar hikes next year, pointing to declining unemployment levels, allied with a moderate expansion in both household spending and business investment. Meanwhile, inflation is expected to remain the south side of 2% and, if Trump’s tax plan is passed by both houses next week, there could be a further boost for the economy.

At the same time of Janet Yellen’s last Fed meeting, Chinese authorities increased the rate that is charged in open-market operations by 5bp, as well as lifting the same in its standing lending facility to 3.25%.  This is a move to tighten the country’s monetary policy and to cut back on its worryingly high credit supply.

Now that the UK inflation rate has edged above the pivotal 3.0% level to 3.1%, the Bank of England Governor, Mark Carney, has to write a letter to the Chancellor of Exchequer explaining how he plans to reduce inflation to its 2.0% target. This level is at its highest level in nearly six years and comes at a time when wage growth lags behind at 2.2%. It was only in October 2016 that inflation was at 0.9%, with the fall in sterling being the main driver in inflation tripling in a little over a year. However, the 52 year old Canadian, who had worked for Goldman Sachs for 13 years, has not come to grips with the fact that inflation continues to outstrip wage growth. One thing is certain – if inflation remains at this level, or creeps higher, any future rate hike is left on the shelf.

Just like his two masters, Prime Minister May and Chancellor Hammond, Governor Carney appeared to have both feet in the Remain camp, stating (erroneously as it happened) that Brexit would force the UK into recession and be the biggest domestic risk to the economy. He is also on record for recently stating that the country would be booming if it were not for Brexit. Only last month, he hiked interest rates to 0.5% because the economy was growing “faster than its speed limit”, although current growth at 1.5% is somewhat lower than the 2.5% pre GFC figure.  Being the Governor of the Bank of England – It Don’t Come Easy!