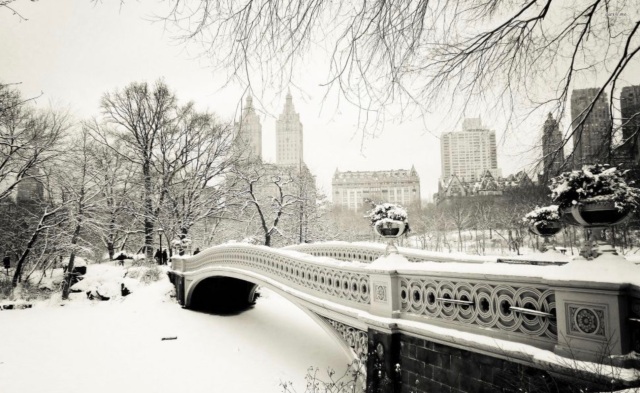 A new initiative by HH Sheikh Mohammed bin Rashid Al Maktoum sees the launch of the MBR Centre for Future Research. With the aim of carrying out new studies on space science and technology, the facility will initially finance a research centre of 3k scientists. It will also encourage enhanced communication, between the country’s young scientists and global experts, to build up the UAE’s knowledge bank.

Knight Frank has forecast that Dubai prime residential property is set to show a modest 1% increase next year, with the main drivers being Expo 2020 and higher government investment. In its 13-city study, the three locations with the strongest growth forecasts were Paris (9%), Singapore (5%) and Geneva (3%).

According to the latest Propertyfinders.ae study, Dubai residential sales and rents continued to fall in 2017. In the six month period to October, it is estimated that the four locations, with double-digit villa rental declines, were Al Furjan, Al Barsha, JVC and Dubai Sports City – at 13.9%, 12.0%, 11.8% and 10.7% respectively. In the apartment sector, falls were posted in all locations except for Dubai Investment Park, with rents up 3.5%, whereas Discovery Gardens at a 9.3% decline was at the other end of the spectrum.

Villas experienced a bigger fall in sale prices than apartments, with the four largest losses found in The Meadows (9.3%), Dubailand (8.2%), Al Furjan (8.1%) and Jumeirah Islands (7.1%). However, only two locations – JVC (4.0%) and Barsha (0.7%) – posted gains, with Emirates Hills and Jumeirah Park remaining flat. The biggest decline in apartment sale prices was found to be The Views (5.2%), with most others recording marginal falls.

Having recently confirmed two major contracts – US$ 3.3 billion Azizi Riviera and Azizi Victoria (at twice the size) – Azizi Developments announced that a further US$ 2.5 billion will be splashed out on new developments next year. The company is looking at a healthy future especially as the Expo factor starts to take effect.

Emaar Properties has extended the tender deadline, until the end of next April, for what would become the world’s largest shopping centre. Located in Dubai Creek, the project will cover 3 million sq mt, including 1.7 million sq mt for retail, 550k sq mt for residential and 150 million sq mt – commercial.

The Jumeirah Group will add five new properties to its portfolio in 2018. They include hotels in Abu Dhabi, Bahrain, China, Indonesia and Oman.

Local property developer, Seven Tides, launched its Anantara Residences Sky Collection, located on Palm Jumeirah. Prices range from US$ 327k for a studio to US$ 1.1 million for a 2 b/r luxury apartment. Forming part of the 5-star Anantara The Palm Dubai Resort, completion date is set for Q3 2018.

Knight Frank has forecast that Dubai prime residential property is set to show a modest 1% increase next year, with the main drivers being Expo 2020 and higher government investment. In its 13-city study, the three locations, with the strongest growth forecasts, were Paris (9%), Singapore (5%) and Geneva (3%).

MAF has completed phase 1 of the US$ 91 million upgrade of its Midriff City Centre that will double the number of parking places to 1k whilst adding new entry and exit points. The enhancement, including improved safety features, will be completed early in 2018. This is part of the company’s four year plan to add ten new City Centres, 40 Carrefour supermarkets, 28 cinemas and 740k sq mt of community centres in the country. The Dubai-based developer is also planning to increase its investment in the Egyptian market to US$ 1.3 billion by 2020, including a Vox Cinema complex in Alexandria. It is expected that these investments will provide up to 120k new direct and indirect jobs.

The six-year old Dubai-based Broccoli Pizza and Pasta company is planning to grow its current portfolio of 95 restaurants in four countries – UAE, UK, India and Saudi Arabia – to over 300 in twelve locations by the end of 2018.

Next week, Limitless aims to pay off US$ 112 million to outstanding creditors which will bring its total repayments to date to US$ 675 million, equating to almost half of its outstanding liability. The payment of US$ 81 million to banks will bring its total payments to US$ 599 million (49.4% of the total balance) and the US$ 31 million to trade creditors to US$ 76 million or 48.3% of the outstanding debt. Final repayments by the Dubai-based real estate developer are expected by December 2018 at the latest.

The London-listed NMC is expected to spend US$ 800 million in the region next year. The UAE hospital operator is expected to target hospitals and other medical facilities, as it continues its ambitious expansion plans. Last February, it bought the Al Zahra hospital in Sharjah for US$ 560 million.

flydubai has finalised its order for 175 Boeing planes – a mix of MAX 8, 9 and 10 – with a further 50-plane option. This deal sees the emirate’s budget airline more than triple its current fleet of 61 aircraft. The 737 MAX has proved a money winner for Boeing as it has won 640 orders this year and a total of 4.2k in its history.

Emirates NBD is expected to divest itself from the Bank of Beirut by selling its 7.56% stake in the bank of which it is the fourth largest shareholder. As one of the five largest financial institutions in Lebanon, the bank has assets of US$ 17.5 billion and posted Q3 profits of US$ 152 million.

DP World and Russia’s Caspian Venture Capital have each invested US$ 25 million in the beleaguered Virgin Hyperloop One. With Virgin also investing an unknown amount in the superfast rail startup, Richard Branson has been appointed Chairman that also sees Ahmed bin Sulaim on the board.

The Al Gurg Group has bought a 20-storey London building – 240 Blackfriars Road – for US$ 357 million, via its own Wolfe Asset Management, from Great Portland Estate and BP Pension Fund. The company also owns the adjoining property – Cubitt House.

Amanat Holdings has acquired a further 5.3% stake, valued at US$ 14 million, in education provider, Taleem to bring its total shareholding to 21.7%. Its initial 16.4% foray in April cost the Dubai firm, specialising in the healthcare and education sector, US$ 54 million. The Dubai-listed company expects to splash a further US$ 588 million next year in more acquisitions, both in the UAE and Saudi Arabia.

It is reported that Prince Al Waleed bin Talal, probably the best known Saudi  caught up in last month’s detention of over 200 nationals, will have to pay over US$ 6 billion to gain his freedom. The 62-year old, estimated to be worth US$ 18 billion and listed by Bloomberg to be the 57th richest person in the world, is also founder of Kingdom Holding which could be used as a bargaining chip; the company, with stakes in global giants such as Apple, Citigroup and Twitter, has a US$ 9 billion market value. The Saudi crackdown continues unabated with more people being netted by authorities and more bank accounts being frozen.

It is looking increasingly likely that Boeing will reach a deal with the Brazilian plane maker, Embraer that would give the US company a footing in the lucrative small plane sector. If Boeing went for a total acquisition, it would be their biggest deal in over twenty years, since it bought McDonnell Douglas.

The US Justice Department is expected to shortly sentence a UAE-based UK executive of the Brazilian company who has pleaded guilty to bribing a Saudi state-owned oil company official relating to the sale of three aircraft. Last year, Embraer made a US$ 205 million settlement with both US and Brazilian authorities over corruption in several countries including Saudi Arabia. The Saudi official received the bulk of the US$ 1.5 million “payoff”, whilst Colin Steven is now facing a sentence that could be as draconian as 90 years.

Venezuela has had a turbulent year even though the government has not published formal economic data for the past two years. It is known that last year the country had inflation at 274%, economy contracting by 16.5% and unemployment over 7.5%. 2017 is unlikely to be any better.

Following Cyril Ramaphosa’s thin margin victory over Nkosazana Dlamini-Zuma in South Africa’s African National Congress election for a new leader, the Johannesburg Stock Exchange jumped nearly 5% and the rand rallied, trading at 12.74 to the US$. Indicators show that the ex-trade unionist turned billionaire businessman and who was a Lonmin board member in 2012 when 34 striking diamond miners were shot dead by police, is the front runner to take over the country’s presidency after Jacob Zuma’s second term ends in 2019. Having just emerged from a recession, the economy grew 0.8% in Q3 and its budget deficit this year is expected to increase from 3.1% of GDP last year to 4.3% in 2017. Recently ratings agencies – S&P Global and Fitch – cut the country’s debt to junk status. The outlook does not look good.

Growth in China continues northwards with the latest World Bank estimates for this year up to 6.8% from an earlier estimate of 6.5%. However, the world body considers that because of planned domestic policy tightening growth over the next two years, expansion will remain at the lower estimates of 6.4% and 6.3%. The country has seen a marked effort in rebalancing its economy, with household incomes and consumption growing relative to investment.

Driven by unexpected stronger domestic demand and rising export levels, Japan has lifted its 2017 growth forecast to 1.9% (and 1.8% next year) after earlier lower projections of 1.5% and 1.4%. Although still well below the 2.0% government target, inflation levels are beginning to move slowly north and are expected to reach 1.1% next year, with the jobless rate dropping one point to 2.7%.

The EU finally approved a deal that will result in Brexit talks progressing to the second stage. However, the UK government is still in disarray, despite the PM’s assertion that “we are well on our way to delivering a smooth and orderly Brexit.” To some, it seems that Theresa May, originally a firm Remainer, will settle for a very soft exit that will see the UK more aligned with the EU’s trade rules and following the bloc in economic ties – basically a non-Brexit – and paying US$ 60 billion for the privilege.

Latest data sees the US Q3 account deficit falling US$ 24.3 billion to US$ 100.1 billion, equating to 2.1% of GDP from 2.6%. December’s NAHB/Wells Fargo Housing Market Index jumped five points to 74 indicating a marked improvement in US home builder confidence; this was at its highest level since 1999 and is an indicator that the demand for housing is on the up. The stock markets have boomed this year with all three major US indices hitting new records and currently  all more than 20% higher YTD – Dow Jones at 24,800, Nasdaq 6,950 and S&P 500 at 2,680. So much for doom and gloom this time last year when the Queens, New Yorker had just been elected to the world’s highest political position.

Astounding his many worldwide critics, President Trump has managed to pass a huge tax reform bill that sees corporate tax rates slashed from 35% to 21%. Although it is expected to add US$ 1.46 trillion to the current national debt of over US$ 20 trillion, this will result in increased economic growth and boost job creation. The average tax payer will be up to US$ 2.4k better off as the top tax rate is cut from 39.6% to 37.0%. However, there is every chance that mega companies, such as Apple, DHL, Facebook, Google and Microsoft, that have apparently been parking their “profits” in lower tax overseas jurisdictions will be encouraged to now add them to the US tax funds.

There is no doubt that any American President is judged on the state of the economy and that being the case the incumbent is progressing well. There is no doubt that the economy is on a firmer footing than a year ago and has withstood major hurricanes in that time. GDP at 3.3% is at its highest level in three years, with departing Fed Chair Janet Yellen agreeing that the expansion is “increasingly broad based across sectors”. For Donald Trump the past year must seem a Fairytale of New York.